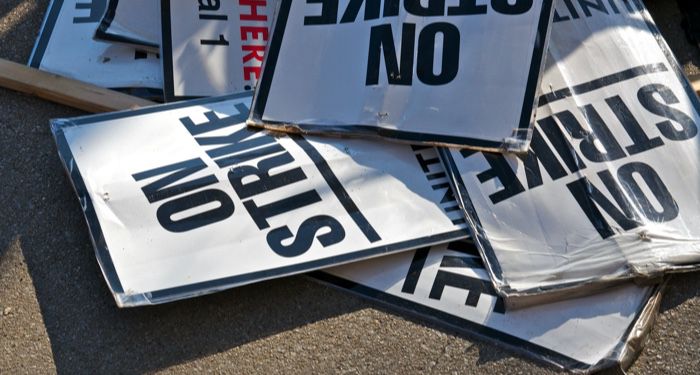 About 250 HarperCollins employees have been on strike for more than a month (it began November 10th), fighting for better pay, union protections, and diversity initiatives. An open letter of support for the employees striking has reached 8,500 signatures according to the union, but a separate letter was signed by over 500 authors, both ones represented by HarperCollins and writers who are associated with other publishers.

Some of the authors who signed include Barbara Kingsolver, Jacqueline Woodson, and Kwame Alexander. The authors who are published through HarperCollins expressed that they feel that HarperCollins’s refusal to negotiate in good faith has hurt their sales: “We express deep concern about the long-term impact on our books and careers if the strike continues…Your refusal to reach an agreement with the union hurts us, your creators.”

They also state that they will not be submitting new books to HarperCollins until the strike ends. More than 150 literary agents have made this same promise. The letter states, “We stand with the people who mold and champion our work and ask that they be compensated justly and fairly for their labor. Our hope is that HarperCollins will not be satisfied with meeting an industry standard that is far too low to retain top talent.”

The starting salary for editors at HarperCollins is $45,000, which is below the living wage in New York City even for someone with no dependents.

Check out the full story at NPR.

Here’s how to support the HarperCollins union during their strike.