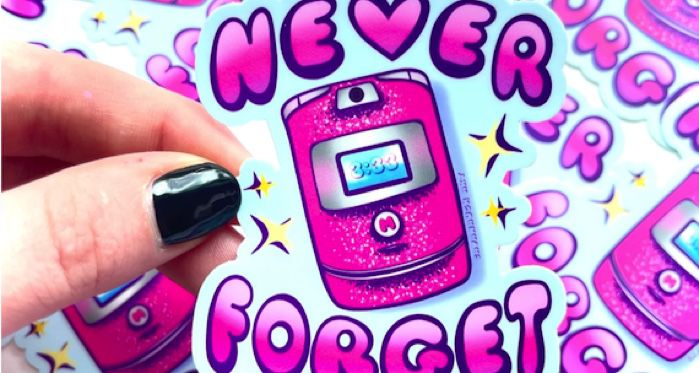 I am solidly a middle-millennial — a bit too young to have watched most of the classic teen shows when they first aired and a bit too old for the absolute dominance of Disney Channel stars in the latter part of the 2000s. With that said, I am really enjoying the resurgence of Y2K-themed fashion and other items. While I am in no way preparing to buy a new pair of low-rise jeans, I am excited by the prospect of being able to replace my extremely cool holographic Sauconys from 2002.

Bookwise, the years immediately after the turn of the millennium saw the publication of bestsellers including The Nanny Diaries, The Poisonwood Bible, Atonement, and Divine Secrets of the Ya-Ya Sisterhood. There was less of an emphasis on big young adult titles — the Twilight and Hunger Games phenomenons were still years away. I remember how the Barnes & Noble I frequented had five low shelves of young adult books. They were located right outside of the children’s section like an afterthought.

Like the ‘90s trend before it, and the bell bottoms and platform shoes I remember from my own childhood, 2000s nostalgia is a somewhat flattened version of what the people who were alive during the time remember. That doesn’t mean it can’t be fun the second time around. The early 2000s were some of my best reading years and seeing some of these bookish products really brought me back.

This journal looks like it’s time-traveled from my fifth grade classroom to help you manifest your best life. $18

These stickers will bring some real burn book vibes to your bullet journal or whatever you’re working on. $4 for two sheets.

Nothing says Y2K like a pile of poorly labeled CD mixes that you somehow can’t bring yourself to get rid of. (Just me?) $3

With so many nostalgic snacks and toys, this bookmark is perfect for slipping into a throwback read. $4

New Animorphs books were released until 2001, so I am claiming it for the Millennials. This adorable enamel pin replica of the Escafil Device that gave the Animorphs their power also glows in the dark. $6

Looking for Alaska was published in 2005, kicking off a decade of John Green mania. This shirt features a quote from the book in a cool design. $21+

My life felt so much simpler when I had this phone. $4

Relax with this Y2K music-themed coloring book and reminisce about a truly remarkable decade in music (look at the little Britney with the snake!). $15.99

Did Princess Mia rule your decade? Show your allegiance with this sweatshirt if you can still remember the exports of Genovia. $26+

These luxurious copies of a now hard-to-find early 2000s Tamora Pierce series, Circle of Magic, are a splurge for the series collector. $185 each or $740 for the set.

Now, sit down in your inflatable chair and get shopping!