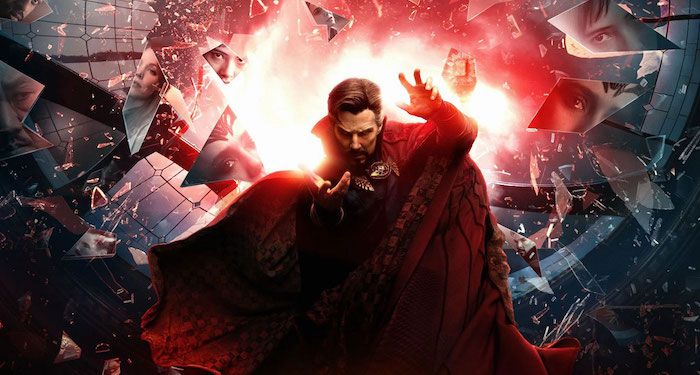 Superheroes have been around a long time, and most of the characters and genre conventions are pretty well-established. But did every character always look and act the way we expect them to today? In this series, I’ll be looking at the first appearances of iconic superheroes to see what’s familiar, what’s fallen by the wayside, and what’s goofy as heck. Today: Doctor Strange!

This May, Doctor Stephen Strange headlines his second movie in Doctor Strange in the Multiverse of Madness, where he will once again be played by Benedict Cumberbatch. In both the MCU and the comic book universe, Doctor Strange is the Sorcerer Supreme, the foremost magic-using mortal on Earth. Like so many other superheroes in the past decade, he’s gone very quickly from relatively obscure to household name, thanks to his first solo film in 2016 and appearances in the rest of the MCU. But what did the good doctor look like when he first appeared?

Doctor Strange debuted in Strange Tales #110 (July 1963) in a story by Stan Lee and Steve Ditko. Despite the coincidence of the names, Strange Tales was not named after Doctor Strange and had been running for 12 years already, first as a horror anthology, then a sci-fi anthology, and finally as a superhero book starring the Fantastic Four’s Human Torch. Doctor Strange first appeared in a mere five-page backup story, but proved popular enough that he kept that backup spot for years, even after the Human Torch was replaced by Nick Fury. In 1968, the series was renamed Doctor Strange (though it was subsequently canceled entirely in 1969).

We open with Doctor Strange and his truly enormous hands, looking reasonably similar to how he does today, albeit with a slightly altered color palette. Marvel’s usual braggadocious narration announces his arrival with great fanfare, while the panels below harken back to the book’s origins as a horror comic.

The next day, the unnamed man arrives at Strange’s home, which is already specified to be in Greenwich Village. I adore this detail. Though 1963 isn’t quite peak counterculture (it would be another six years before the neighborhood’s most well-known event of the decade, the Stonewall Riots), the Village had already had a reputation for over a century as a haven for artists, bohemians, and general weirdos. Placing a for-real wizard in this neighborhood is a deliberate and delightful choice that probably merits a full-length dissertation for context, but in the meantime, I’ll just reread John Strausbaugh’s The Village.

Anyway. Mr. No Name explains that every night, he has a nightmare of a figure in chains, staring at him, which quite frankly sounds like something you could pay money for in the Village, but he’s not enjoying it. I do love that just like real life, it’s the kind of nightmare you describe, hear how it sounds out loud, and then kind of have to add, “I promise it’s scary when I’m dreaming it.” Poor Mr. No Name.

Dr. No First Name Yet Strange promises, without opening his eyes (rude), to thwart these nightmares by entering the man’s dreams himself. Later, he prepares by sending out “his metaphysical spirit…”

…to “somewhere in the remote vastness of Asia,” which is exactly the sort of problematic vagueness I’d expect from the Silver Age but still makes me sigh. Here he meets an elderly Asian man referred to only as “master” in this issue, but who is easy to recognize as the Ancient One, a key member of Strange’s cast. (You may recall that the casting of Tilda Swinton as this character for the 2016 movie was met with controversy; last year, Marvel Studios President Kevin Feige admitted it was a mistake. Even in this very short story, we can already see the trappings of Orientalism that are such a major component of the Doctor Strange franchise and which made that whitewashing so much more tasteless.)

Back at home, Strange enters Mr. No Name’s dream and confronts the chained figure, who claims he is a symbol of the evil Mr. No Name has committed. They are suddenly joined by a being called Nightmare, who Strange recognizes as an old enemy, and who remains a member of his rogues’ gallery today.

Meanwhile, Mr. No Name awakens. Realizing that the chained figure is about to reveal his wrongdoings to Strange, he prepares to kill the sorcerer.

Nightmare inexplicably warns Strange, who telepathically contacts the Ancient One for help. The Ancient One then…makes Strange’s amulet glow. Mr. No Name’s one weakness!

Strange scoots back into his body and confronts Mr. No Name, who confesses that he once cheated a man named Crang in business. Strange tells him that only by confessing will he ever sleep comfortably again, and the story ends.

Boy, that sure was five pages of people sitting cross-legged and thinking very hard at each other!

Again, we’re already starting to see many of the trappings of Doctor Strange here: Greenwich Village, the Ancient One, Nightmare, the general Orientalism. (We also get a panel of Strange’s valet Wong, still unnamed at this point.) And we see the beginnings of the surrealist art that would later appeal to readers for its psychedelic qualities. In a lot of ways, this story is quite prescient.

But yeah. A lot of people sitting and thinking. Feed your head, man.

Presumably there will be a bit more action in Multiverse of Madness. By the time you’re reading this, you may already know. In the meantime, may the Eye of Agamotto look kindly on you, true believers!