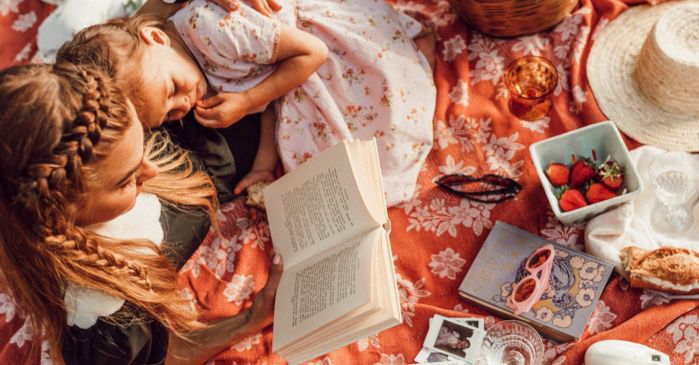 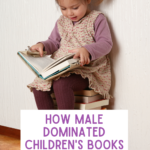 My daughter loves animals. When she was in the early stages of language acquisition, she was absolutely obsessed with them. Everywhere we went, she’d point out the animals. Dogs, cats, horses, groundhogs, birds — anything and everything. It went on for so long that even now when I’m in the car by myself, I’m constantly fighting the urge to shout out the animals that I see.

It was a fun period in her life. But then I started noticing something: in my daughter’s world, all the animals were male. We’d see a family of black bears and she’d get all excited…and then we’d get home and she’d tell my partner, “I saw a bear! He was soooooo big!”

It wasn’t just the real animals, either. It was also her stuffed toys. We got her a polar bear; it was a “he.” We got her a sheep; it was also a “he.” As was her octopus, her cat, and her monster.

It became a problem. I didn’t want my child, who so far identifies predominantly as female, to live in a world populated by only male characters. It may seem insignificant to some people, but recent studies have shown that girls around the world are less physically active than boys, due in large part to negative stereotypes about female athletes and social gender roles. That they think only boys are physically strong, or only boys can make things happen. And unsurprisingly, these views are carried into adulthood, impacting everyone’s views of who is suitable for leadership roles. In fact, the idea that women are less capable leaders than men is a problem all around the world. (One study even shows that women leaders suffer from a “likability” problem that worsened when they actively sought out their positions of power, since that kind of ambition is stereotypically masculine.)

I don’t want that to be my daughter’s worldview.

So where did this gendered world of animals come from? Why was my child so insistent that everyone around her was male? What were we doing wrong?

And then I began to notice this language in the books we read to her. The very hungry caterpillar is also very male. Peter Rabbit? Male. The lion in one of her favorite books, The Lion and the Bird, is male. So are the Gruffalo, Pete the Cat, and the Grinch.

Even books that feature both male and female characters can conform to social gender norms. For instance, I have an old Octonauts book: six of the eight Octonauts are male (and I have no idea why Tunip the Vegimal has to be male). While Tweak Bunny is a mechanical genius, it’s not lost on me that the two intellectuals, Doctor Shellington and Professor Inkling, are both male. This sends a message about who is smart and who is not. (It’s part of a phenomenon called gender bias, which is a form of sexism.) And the three main characters — the polar bear captain, the pirate cat, and the penguin medic — are all male.

And all of this in books that don’t even focus on human characters.

We have a cat, so cats are especially beloved in our house. That means we read a lot of books about cats: Stretchy McHandsome, Tabby McTat, Feathers for Lunch. And guess what? All of these cats are male.

These animals don’t have to be male. It’s not significant for any of the stories.

And it’s not just animals. One of her favorite books of all time is Jacob Grant’s Cat Knit. The illustrations are super cute. The story is fun to read. The cat even looks like our cat.

There are three characters in the book: Girl, Cat, and Yarn. And for some reason, the yarn is given a masculine pronoun. (So is the cat.)

From books about vegetables to books about imaginary creatures, there are so many unnecessarily male characters.

They say drastic times call for drastic measures. For me, that meant capitalizing on my toddler’s illiteracy. In other words, I started changing the words. Yarn became female. So did the Gruffalo, the lion, and that poor, hungry caterpillar. Everyone became female. Sometimes characters went from “he” to “they.” Sometimes I let my daughter pick based on what gender she felt a character was in the moment. Sometimes I stuck to the script.

I didn’t know if it would matter, but I had to try.

And it really did work. In a matter of days, she told me her stuffed cat, Lucky, was a she now. So was her stuffed horse. She started identifying with the characters we’d changed to female, sometimes pretending to be them while she played.

It was like the whole world opened up to her, and all because we changed some pronouns.

Studies have shown that children develop gender (and racial) bias at a very young age. (Fortunately, these biases can be unlearned.) In a post for the National Association for the Education of Young Children, Barbara Henderson explains, “If children are regularly exposed to images, actions, people, and words that counter stereotypes — for example, through books, photographs, stories, and role models — they are likely to modify and expand on their narrow theories.”

One of our favorite books that breaks free from gendered pronouns is From the Stars in the Sky to the Fish in the Sea. It tells the story of Miu Lan, a gender-nonconforming child who struggles to be accepted at school.

Stack the Cats has all kinds of cats, and they’re all gender neutral. The books are out there, if you have the time to find them. And if you don’t, well, just have some fun and change the words.

Want some more reading suggestions? Check out these posts:

14 LGBTQ Board Books to Diversify Your Baby’s Bookshelves