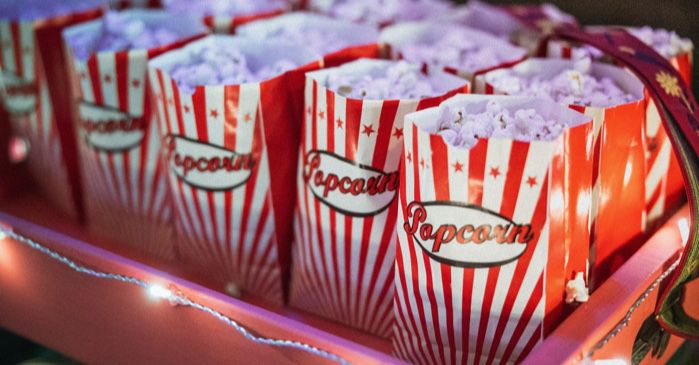 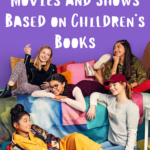 As nearly all sources point to there finally (finally!) being a light at the end of the pandemic tunnel, health professionals are also cautioning against relaxing too many restrictions too soon as we head into the home stretch. What are parents to do with their kids as they continue to keep them cooped up inside? Thankfully, various streaming services have a ton of great movies and shows based on beloved children’s books.

Normally I’d be the last one to advocate for letting children just veg out on movies and TV, but sometimes, with limited options to keep kids engaged, you gotta do what you gotta do. Plus, if you make sure that they read the books first (always a recommendation!), it can be a fun exercise for them to point out what changes were made in the adaptation and what they liked about the story in the different mediums.

In putting together this list, it’s clear that while we’re making some slow progress in representation onscreen and behind the camera, the majority of children’s books and stories being adapted (and currently available on streaming) are still written by white authors. It will be a good day when there’s as much diversity in the range of stories being adapted as there is in who is adapting them.

With that said, here is a list of some great movies and shows based on children’s books!

From the beloved author of The Giver and Number the Stars comes The Willoughbys, about a family of adventurous children who hatch a plan to send their parents away in order to try raising themselves for awhile. The animated Netflix film came out in March 2020, right at the start of all this nonsense. It stars the voice talents of Will Forte, Maya Rudolph, Alessia Cara, Martin Short, Jane Krakowski, and Terry Crews.

This new Netflix adaptation of Ann M. Martin’s wildly popular Baby-Sitters Club series made a lot of waves when it premiered last July. Critics praised its faithfulness to the source material and its charming tone. In fact, the show accomplished an incredibly rare feat and garnered 100% on Rotten Tomatoes. In her Variety review, critic Caroline Framke writes, “Much to my pleasant surprise (and downright relief), Rachel Shukert’s update of Martin’s beloved books is, in fact, a show about young teenagers starring young teenagers that’s entirely appropriate for young teenagers.”

Where the Wild Things Are (HBO Max)

You would be hard-pressed to find a children’s book more universally beloved than Maurice Sendak’s wildly imaginative (and gorgeously illustrated) tale of adventure and escape from the turmoil of childhood. Back in 2009, director Spike Jonze and novelist Dave Eggers teamed up for a film adaptation that was every bit as wondrous and magical as the book. Just note that even though it’s rated PG, with realistic CGI and a slightly grown-up storyline, the film might be a bit much for the book-loving littlest ones.

Amazon Prime has released a series of short films adapted from the American Girl line of dolls — which, lest you forget, all come with accompanying books about that particular girl’s place in history. The first season is set in 1963 Detroit and stars Marsai Martin (Black-ish) as Melody, a young Black girl witnessing the rise of the Civil Rights Movement. The latest installment, which aired in 2017, focuses on Ivy, a Chinese American girl trying to navigate her identities in San Francisco in 1976.

This delightful animated film is based on the book The Story of Ferdinand by Munro Leaf. It’s about a peaceful, flower-loving bull who is forced into the bullfighting arena to face one of the world’s best bullfighters. With the voice talents of John Cena, Kate McKinnon, Anthony Anderson, and much more, Ferdinand was nominated for best Animated Film at the 90th Academy Awards.

Percy Jackson and the Olympians: The Lightning Thief (Disney+/Hulu/Amazon Prime)

Rick Riordan’s Percy Jackson series was an absolute smash among young readers when it came out — get this — 16 years ago! I mean, it influenced a Broadway musical, after all. Unfortunately, the same can’t be said of the film adaptations, which deviated a fair amount from the source material and had disappointing reviews. But kids might still have a good time talking about all the differences between the books and films. And you can tell them that a Disney+ series, said to be a much better adaptation, is on the way.

A Wrinkle In Time (Disney+)

Speaking of disappointing adaptations of beloved books, Ava DuVernay’s much-anticipated live-action adaptation of Madeleine L’Engle’s time-and-space spanning novel was a bit of a miss with both critics and audiences when it came out in 2018. It’s visually arresting but narratively hard to follow. Still, newcomer Storm Reid dazzles as Meg Murry, and DuVernay’s Afrofuturism lends the story some much-needed updates.

This 1962 picture book by Ezra Jack Keats became the first picture book with a Black protagonist to win a major children’s award — the Caldecott. Peter wakes up to the first snowfall of the season and heads out to explore his neighborhood in a bright red snowsuit. This Amazon Kids video special is a breezy 38 minutes and will give you serious holiday vibes!

This classic ’90s television series is based on a classic ’80s and ’90s book series, and Netflix has all four seasons! The Magic School Bus, driven by eccentric school teacher Ms. Frizzle, transports her classroom of curious kids on all kinds of adventures. They can travel into outer space to learn about the planets, or shrink down to the size of a blood cell to explore the human body. Both fun and educational, The Magic School Bus will delight children — and trick them into learning things!

Looking for more? Netflix Jr. also has The Magic School Bus Rides Again, an updated take on the same idea.

It’s hard to beat the iconic 1973 animated version, but this 2006 live-action adaptation of E.B. White’s story of love, death, and friendship will probably appeal to modern kids more. A young Dakota Fanning is charming as Fern, and none other than Julia Roberts voices Charlotte the spider. Just make sure you keep your tissues handy.