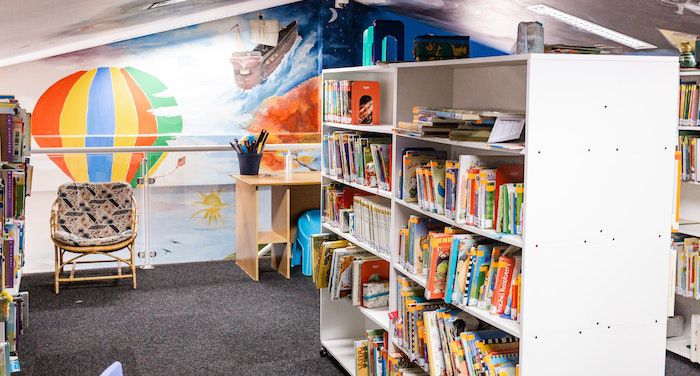 Despite its collection development policy clearly stating that the library does not serve the role as parents, a number of parental complaints to the Lincoln Parish Library in Ruston, Louisiana, has led to LGBTQ+ books being pulled from the children’s section of the library.

The books are now only available via parental request.

In November, the library director Vivian McCain, as well as the library’s Board of Directors, began receiving a number of complaints about “LGBTQ items” in their children’s section. The letters had nearly-identical language, and they sought to have the books removed from the children’s shelves and displays.

Central titles in initial complaints were Alex Gino’s George and Rick, two critically-acclaimed books about transgender young people that have been targeted for similar calls for censorship. George is among the top 10 most challenged books over the last 100 years.

Gino’s books began the calls for removal, but over a dozen more books were named among those needing to be taken out of the children’s section. Some of the books feature queer voices front and center while others include an image of same-sex parents in a book about adoption.

McCain isn’t happy about the decision, but she bowed to pressure from the library board to move the books. They’re not unavailable, but because they’re no longer out for patrons to browse, readers have to specifically request to check them out and those requests can only be carried out by an adult.

“We’re here to serve everybody equally, no matter who they are,” McCain said to the Ruston Daily Leader. “This goes against every grain in my body as a public librarian.”

Beyond naming the books as unacceptable, the letters complained that the books do not reflect the values of the community and more, they referenced an upcoming election that would determine tax rates for the library. The election, held Saturday, December 5, could make or break the amount of funding the library receives.

Two board members who spearheaded the decision to remove the books from the children’s area considered this a fair compromise, as it would balance the needs of the community on both sides.

“The books were bought with taxpayer money, so the public has a right to see them … The thinking was, at that early age a child doesn’t necessarily understand how to pick the best books or the books that comply with how they’re brought up,” said one of the board members to the Ruston Leader. “We just wanted to preclude a child getting something and reading it that a parent would not approve for an early age.”

This, of course, flies in opposition to the library’s selection and materials policy and the broader policies of the American Library Association of the role public libraries play in the community. They are not parents nor serve the designation of such. In other words, the decision made by the board suggests it’s in the library’s best interest to ensure children’s don’t access materials that they may need or be interested in without parental permission.

Further complicating the matter: neither of the board meetings to discuss the books or letters had quorum. Though the members in attendance made the decision, without quorum, forcing McCain to remove the books technically carries no authority.

LGBTQ+ books being pulled from public access in children’s sections is not new news, nor is it entirely surprising. We’ve seen this happen before in Oklahoma and in Kansas, among other states. Many times it’s a local parent who seeks support from other like-minded parents to target the removal of titles; other times, it’s the work of a larger national organization that purposefully seeks to create LGBTQ-free public spaces.

The library board meets later this week, but there’s no indication of whether this decision will be revisited at the meeting.

As for the results of the election? The library tax levy was defeated, meaning that the library now has to reach into its reserve funds to continue operations — it has less than $3 million in the account and could potentially face closure in the future.