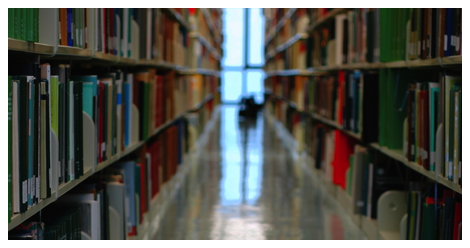 I’m a former public librarian who still keeps tabs on the world of libraries. I love reading about the interesting services, programs, and creative ways that librarians connect with their communities, be it through books or other tangible and intangible means.

And it’s become strikingly clear lately that being queer in the library is not as safe as it should be.

There’s no question nor surprise that public pushback against queer-themed library books displays or programs happens. Every year during June, there are stories aplenty about patrons being offended by something being done in honor of Pride month at the library. Librarians tend to hear these things and those doing their jobs will continue putting up those displays and talking about those books. They’ll push back against those calling for those books to be hidden or moved because librarians working with the public are keenly aware that they’re there to do just that: serve their public.

In an ideal world, this would be the end of the story, which of course means that it’s not.

A recent article in “The Oklahoman” brought to my attention a practice in the Metropolitan Library System — that is, the public libraries serving the Oklahoma City metro area — which separates LGBTQ+ themed children’s books from the rest of the collection:

For 10 years, the Metropolitan Library System, which serves the Oklahoma City metro area, has placed a group of children’s books with sensitive subject matter into a smaller, elevated section.

Another theme that finds itself in this category are books dealing with LGBT issues, like “Heather Has Two Mommies” and “King and King.”

The article acknowledges the decision to pull these books into an “elevated section” (i.e., physically out of reach of kids) came because of pressure in the community ten years ago. Putting the books into a section like that was a compromise the library reached with their Board of Directors — some of whom wanted the books completely taken off shelf, citing that those themes ran counter to their personal Christian belief systems.

One of the Board members, who quit when the decision to keep the books came, offered the following insight:

Trent said she still believes books dealing with LGBT issues should be banned from the children’s section.

“It’s not because I have anything against those folks that have that kind of a lifestyle, it’s that children that young don’t have any business being faced with that type of book, unless they’re in that type of family,” she said.

Trent is not a librarian, but rather, was part of the Board of Directors to whom the decision was left.

The Board of Directors doesn’t work at the library; it works for the library. And in the case of Trent’s comment and the decision made in relation to LGBTQ children’s books being in the “family talk” section, she allowed her personal biases to color the decision on what to do with books that are in a library serving an entire community.

It’s in this space where librarians should have pushed back fiercely.

While Troy Stevenson, with Freedom Oklahoma, an Oklahoma City-based LGBT rights advocacy group, applauds library staff for finding a compromise that kept the books in circulation, he disagrees with the placement of LGBT-themed books in a category that includes topics such as sexually deviant behavior and drug abuse.

“They singled out one class of people,” he said. “Everything else on that list was a medical condition, a substance abuse issue, but you’ve got one class of people that are singled out. It identifies the entire LGBT community with sex, and I think that’s the biggest problem. I think that any book, any material that has to do with sex should be in a place that a kid doesn’t have easy access to it, but to say the entire LGBT community is only defined by sex is clear discrimination. It denies us our humanity.”

Stevenson, of course, nails it.

Ten years is an unacceptable amount of time for books that are vital to a community — both those who identify as queer or belong to a family where queerness is reality and those who will encounter and interact with LGBTQ+ individuals — to be sitting on a “family talk” section. Ten months, ten days, or ten minutes are also unacceptable for the very reason Stevenson notes: by removing an entire subsection of books about humans on the same level as books about issues, the humanity of queer individuals is denied.

Having that so plainly on display in the public library not only makes those books hard to get for the kids who need them, but it also sends the statement that queer people aren’t people. They’re an issue.

The cycle continues and ignorance perpetuates. It is, at once, a micro and a macro aggression. It runs counter to every ideal that public libraries stand for and denies acceptance into the very community libraries are charged to serve.

And yet, the decision was made and it’s been in place for ten years.

That’s ten years of telling queer children and families, as well as those from families that aren’t, that they’re an issue that needs to be dealt with separately.

That they’re not part of their own community.

In late September, VOYA magazine — that stands for Voices of Youth Advocates — published a review that was blatantly bi-phobic. VOYA is a trade journal that librarians, specifically those who serve young people in the middle grade through high school years, use in part to make decisions about the books to put in their library. The review was for Kody Keplinger’s Run and the part in question read as follows:

The story contains many references to Bo being bisexual and an abundance of bad language, so it is recommended for mature junior and senior high readers.

Bo’s bisexuality is the content warning. Keplinger herself pointed out that there is sexual activity in the book, but it has nothing to do with Bo nor her sexual identity. The review, however, notes only Bo’s bisexual identity as the reason for a mature label.

Librarians who use VOYA magazine tend to see it as one of their greatest professional resources. Those reviews are written by librarians for librarians. Reviews are vital to librarians who cannot read everything that gets published and who are keenly aware of the needs in their collections — the very collections that serve their community patrons. There is immense trust put into the hands of those librarians who review, knowing that what they say about a book can make the difference between a book that gets purchased for a collection and one that does not.

A warning label about a character’s sexuality sends the message to other librarians, and by extension their communities, that being anything but straight is for mature audiences only.

This review may have ignited a fire, but these microaggressions in trade reviews are not uncommon, and by continuing to be published unchecked, the attitudes continue.

Books like Keplinger’s are kept out of a collection, despite the hole they fill in it. Despite the realities of teens in a library’s community.

Run is relegated to a “family talk” shelf, thanks to reviews that allow reader bias to seep in.

Molly Wetta wrote a post here on Book Riot earlier this year that sparked tremendous discussion, both on site and across social media. Her post, a simple request that librarians read more diversely, should have been innocuous.

Instead, librarians were outraged.

Arguments against reading diversely, as stated out of the mouths of librarians themselves, ranged from not being interested in “those books,” to not having time, disliking being told what to do, not getting paid to read (spoiler alert: no librarians are, and neither are editors for book websites like this one here), and having a hard time finding diverse books.

It asks that librarians implement more diverse reads into their normal reading lives. In other words, romance lovers can add a book or two by a black or Latinx author. SFF fans can pick up a series by an author of color. Finding books by or about queer characters in any genre is as easy as a catalog or Google search.

What is a simple request that librarians who serve the public — communities which are rich in variety — add some more inclusive reading into their lives to better serve and empathize with their patrons turned into a lengthy series of micro and macro aggressions.

By not letting their reading lives expand, it’s easy enough for librarians to continue down the path of allowing bigotry, fear, and hatred to infiltrate their services, whether intention or not.

The demand for diverse books requires work at all levels. It’s not just publishing that requires change.

Librarians get by too easily on stereotypes that showcase them as nice, kind, gentle, and politically-neutral — or in other news cycles, they’re no longer those boring bun heads but an array of people with tattoos and fun-colored hair. Librarians themselves become complacent with such stereotypes.

But being kind and being complacent doesn’t get the work done.

It is impossible not to see how all of these are related. Librarians who refuse to read diversely don’t see how a review that calls a bisexual character “mature content” is a problem. They don’t see how putting books for children with LGBTQ+ themes and characters on a “family talk” shelf others those books, which in turn, others the individuals who identify. It reinforces status quo, harming readers who both deserve to see themselves as well as those who deserve to be seen.

The statement above is one of the core values of librarianship, as touted by the American Library Association.

And yet, it’s instances like the ones above, as well as the ones that go on each and every day that we don’t hear about, where libraries become the very places that many — especially queer individuals — are left shut out, ignored, and indeed, dehumanized.

Slapping a safe space sticker up on an office window or wearing pride apparel only goes so far. Those public displays of allyship don’t undo the constant micro and macro aggressions against queer individuals. Librarians who are doing the work need to be more vocal and need to shake down the cages of niceness and political neutrality.

The reality is that the public library is not and has never been politically neutral. Opportunities for Boards to step in and make changes that limit access to queer books for children or for books not to be selected for collection inclusion because of “quiet censorship” (or in the case of Run, biphobia) — those are all politically-motivated decisions. They’re attempts to keep nice, to keep things status quo, and to reinforce damaging and harmful beliefs about members of the very communities in which they’re to serve.

Public libraries, though, serve an entire community. Not just parts of it. And it’s about damn time to step up, speak out, and put those words and ideals of inclusivity into tangible action.