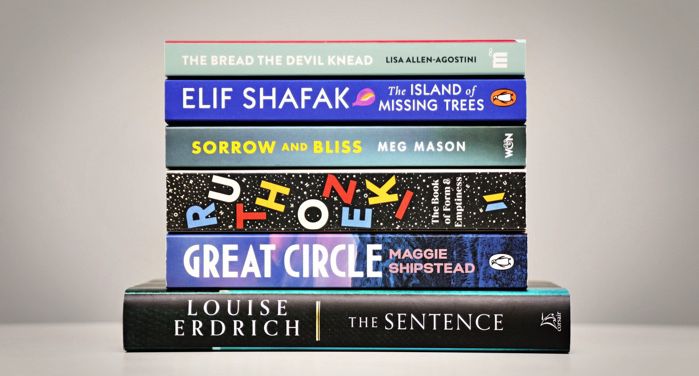 The 27th annual Women’s Prize shortlist has books that range in theme from ghosts to personal freedom to the power of nature, and were written by authors representing the U.S., New Zealand, Canada, Trinidad, Turkey, and the U.K.

The prize was started in 1996 in response to the 1991 Booker Prize Shortlist not having any women. Since its inception, the Women’s Prize for Fiction has become the largest international celebration of women’s creativity, highlighting “outstanding, ambitious, original fiction written in English by women from anywhere in the world.”

The judges for this year’s prize consist of a panel of five women, headed by Mary Ann Sieghart, who served as chair. While Sieghart appreciates the diversity of this year’s nominees, diversity was not stressed upon the judges. Instead, she says the choices were “the books we most loved. It really is as simple as that.”

The shortlisted books are:

Sorrow and Bliss by Meg Mason

The Bread the Devil Knead by Lisa Allen-Agostini

The Island of Missing Trees by Elif Shafak

The announcement for the shortlist can be viewed below: