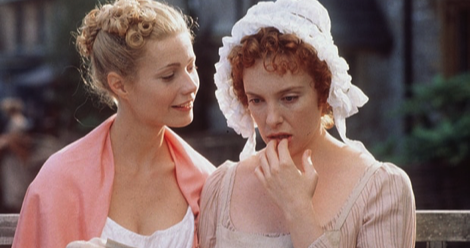 Emma herself isn’t what bothers me about Emma. That’s reserved for the lesson Emma learns from the situation of Harriet Smith.

Emma Woodhouse is one of the less popular Austen heroines. Reviewers across Goodreads have some choice words for the well-meaning, meddling, snobbish heroine who attempts to match-make and instead makes messes for the people around her. (There are spoilers for the classic novel ahead.)

By the end, Emma Woodhouse learns her lesson: stay out of people’s business. But there’s a socioeconomic aspect of that lesson that I feel often goes ignored. Her quest to get Harriet Smith married to someone above her station is an attempt to break social norms and subvert class hierarchies because she believes that for someone like Harriet shouldn’t be limited just because people don’t know who her father is, or because she doesn’t have much money.

So yes, Emma gives clearly terrible advice. Harriet has real feelings for Mr. Martin, the humble farmer whose proposal Emma convinces her to reject, and Emma goes on to convince Harriet to fall in love with various men who are uninterested, or already attached, or interested in Emma herself. It isn’t healthy for Harriet—or really for anyone in the novel—and leads to many awkward situations. But the misguided Cinderella story does come from a place of love and a sense of justice: Emma is dreaming castles in the air for Harriet’s future that are based on a desire to break apart the standards of how people in her society are allowed to fall in love and marry.

With that in mind, think about the lesson at the end of the novel. Emma is turned off by the relationship of Jane Fairfax and Frank Churchill, who have been secretly engaged, a poor woman with few connections and a man of higher social standing (Charlotte Brontë found the treatment of Jane Fairfax so unfair that Jane Eyre began as essentially a fan-fiction).

Shortly after, Emma begins to give Harriet the cold shoulder because Harriet has fallen in love with Mr. Knightley. This is because Emma’s struggling with her own feelings for the man, but her thoughts are tinged with other rather toxic realizations—about how Harriet is thinking too far above her station.

In the end, everything works out: Emma marries Knightley and Harriet marries humble Mr. Martin after all. Emma has stopped her meddling, but more importantly, Emma has finally listened to the sensible men in her life—for Mr. Knightley has told her from the beginning that her plans for Harriet were far-fetched, that they wouldn’t work, that people can’t possibly marry past their own stations in life, and now it seems that Emma understands that. While in terms of accuracy and meddling, her attempts to match up her friends were misguided, there’s an attempt in them too to challenge the status quo, to reach across social and economic bounds, that was thwarted.

The ending, then, ends up being an uncertain and maybe troubling triumph for our main character. The socioeconomic hierarchy is restored mostly to the way it should be, and Emma seems to blissfully no longer care too much about it. That’s why Emma has become the Austen novel that I can’t stand. By the end, Emma has improved her character at the cost of giving up the one thing I liked about her: her efforts to change the social order, to make a stir, to break the silly class attachments of her society.