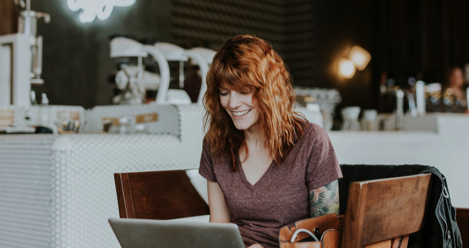 I am a recovering fanfiction addict.

It’s been…several months since my last fic, and it’s going to stay that way for now. I still let my gmail folder pile up with notifications of new chapters and stories from fanfiction.net and AO3, but the unread number sits in the thousands. I tried going cold turkey by closing all the browser tabs I had open the day I finally shut down my computer to move it across the country.

That didn’t work so well.

But my habit isn’t nearly as bad as it once was, and it all comes back to good old Jane Austen.

The year: 2002. The setting: AP English Language class. The assignment: Research paper on a concept of my choosing.

Having recently discovered both Bridget Jones and Linda Berdoll’s The Bar Sinister, I was interested in an idea that I didn’t yet know a word for. I wasn’t familiar with the word fanfiction, or even the word pastiche; I only knew that people were taking original works and doing things with the stories. I was particularly curious about what it was about Jane Austen’s stories—Pride and Prejudice in particular—that made people want to retell them.

Being the highly advanced eleventh-grader that I was, I knew Lexis Nexis wasn’t going to help me with this project, even if we had taken a special trip over to the GWU library to learn how to use it with our librarian. So I took to…what was it then? Yahoo?

The first thing that popped up?

It had some good information that I figured I could use in addition to my books about “Janeites,” but the real score was the bottom link in the sidebar: The Derbyshire Writers’ Guild.

The beginning of the end.

I love the story of Pride and Prejudice. It was a foundational text for me, and Jane Austen’s words remain with me, even though I am now more than twice the age I was when I first read it. One might think, based on what else I’ve said and will say here, that any old person might have originally created this story and I would have enjoyed the ways in which it was retold again and again. But it’s the purest source material that really influenced my feelings—the words, the exchanges, the way it all played out. It inspired a love of enemies-to-lovers, self-redemption, Big Misunderstandings and unlikely pairings for the rest of my life.

(It’s probably also why, when I finally made it to that particular fandom, Dramione became my Harry Potter ship of choice.)

So coming across a place where I could read a different version of a story I loved every day, whether it was a modern retelling or a shift in the narrative…well, I spent a lot of time saving completed stories to WordPerfect (because dial-up) and sharing my good fortune with my BFF, because she loved Pride and Prejudice just as much as I did, and my school librarian, because she magically let me include these stories in my required 25 books per school year (which I regularly exceeded) after I fell down the well.

And thanks to Colin Firth, it was a really effing deep well.

That face RIGHT THERE helped inspire a decade’s worth of fanfiction and continued to even after being replaced as the Most Recent Rendition.

But the magic of Pride and Prejudice fanfiction to me, as I got older and was able to discover the sites that under-18 me wasn’t allowed to join, was that even when the same story was being told, the essence was in the storyteller.

This was the person who could take Jane Austen’s words—and believe me, no matter what time period, there had to be several of Miss Austen’s words in the narrative—and give them to a pizza seller in the midwest, or a Scottish laird, or a quiet dude who makes nice plant boxes but keeps getting confused for his cousin with a similar name.

Or the same old Mr. Darcy with ten thousand a year, just with a few different circumstances. Maybe he’s come to Netherfield a little early, or sits to talk with Elizabeth after their intense exchange. Maybe they get stuck in some random cabin on the grounds of Netherfield in a rainstorm. Maybe things are very proper, or maybe sexytimes ensue.

The details change, but the core remains the same. It’s what makes the best fanfiction.

If you look at my Goodreads stats, you’ll see there are several years where I hardly read any books, and if I did, they were probably for class. But don’t worry; I was reading. Incessantly. Probably way too much.

(Definitely way too much; I have more memories of reading on The (now defunct) Hyacinth Garden my sophomore year of college than I do studying for Intro to Human Evolution, the only class I have ever failed. I mean, I’m not saying there was a correlation but…there’s an incomplete fic about five brothers nicknamed “The Plantagenets” that says differently. I was basically Cath with a much smaller following and none of the follow-through.)

Today, my connection with the Austen fandom is limited to getting Happy Anniversary emails from the awesome folks at The Meryton Assembly, but it might be time for that to change.

All things in moderation, right?