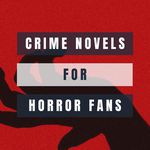 This list of crime novels for horror fans is sponsored by Sourcebooks.

If we look at crime fiction as a spectrum, my favorite books tend to be on the dark and disturbing end. I’m a huge fan of horror, but there’s something about human behavior that can be more terrifying than vampires or demons. So if you’re a fellow horror fan looking to branch out a little, or if you’re a crime fiction reader who wants to try something a little more intense, you definitely want to check these books out. Sleepless nights guaranteed. 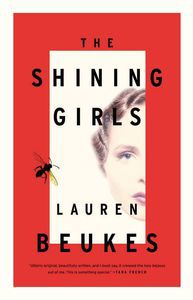 I’ve got four words for you: time-traveling serial killer. Harper Curtis finds a house in Depression-era Chicago that lets him travel to other decades, but in order to do so, he has to kill the shining girls. Harper stalks these women across the years, until he comes across Kirby Mazrachi in the year 1989. Kirby is the only one of the women to survive his attacks, and she starts hunting him back. This book is mind-bendingly bonkers (and pretty violent to boot), but once everything starts to come together at the end, it’s absolutely brilliant.

If you like your horror with a dash of dark humor and societal commentary, then you have to pick up this book. The title doesn’t leave much to the imagination: Korede’s sister Ayoola has an unfortunate habit of murdering her boyfriends in “self defense,” and Korede is left to clean up her sister’s messes. She knows she should turn her sister in, but she also knows she can’t betray a family member like that. Until Ayoola starts dating Korede’s gorgeous coworker, who Korede has been in love with for eternity. This tiny book packs an incredible multi-layered punch, and is just begging for a Jordan Peele adaptation. (Also, can we talk about that amazing cover??) 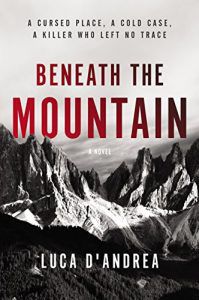 Beneath the Mountain by Luca D’Andrea

If you’re looking for atmospheric, slow-burning dread, you definitely want to check out this hidden gem. Take an isolated mountain village in the Dolomites, then add a brutal 30-year-old triple murder and a heavy dash of all-consuming obsession, and you’ve got one hell of an unsettling story. Bonus points if you listen to it on audio. 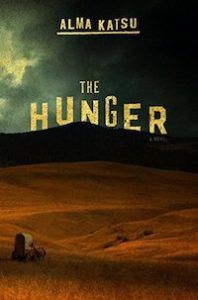 I’ve written about this book before, and if you’re tired of hearing about it, well, you’ll have to wait a little longer because I absolutely LOVED it. The plot was what originally hooked me (What if something supernatural was stalking the Donner Party?), but the ominous atmosphere and pitch-perfect sense of dread was what kept me reading long past my bedtime. 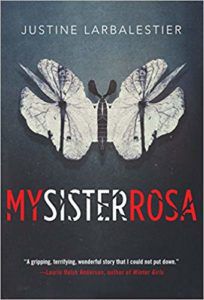 Psychopaths are scary, but what if the psychopath was your 10-year-old sister? Seventeen-year-old Che loves his sister Rosa, but he also knows that she’s an extremely scary kid. She trusts him and tells him about the things she does, but his parents won’t believe him, and Che feels like he’s the only person keeping Rosa in line. But now the family’s relocated to New York City, and Rosa suddenly has a lot more opportunities to cause harm. This may sound like it’s ripped straight from an episode of Law & Order: SVU, but it’s a lot more nuanced, and a lot more terrifying. I still get chills just thinking about it.

All Yuko Moriguchi had to live for was her 4-year-old daughter, and now her daughter is dead at the hands of two of Yuko’s middle school students. Yuko has tendered her resignation at the school, but she has one last lecture to deliver to her students…This is a twisted revenge story with far-reaching repercussions, and it will make your stomach drop like a lead balloon. 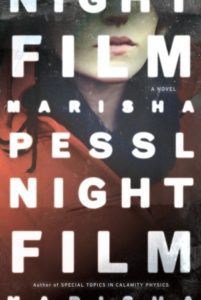 Scott McGrath is a disgraced journalist whose reputation was ruined when he tried to uncover dark secrets about the cult-horror film director Stanislas Cordova. But now Cordova’s daughter has been found dead, and Scott thinks there may still be something worth investigating. This is a near-perfect blend of noir and horror, and words really can’t do it justice. It’s dark, it’s gritty, it’s filled with possible demonic witchcraft, and it blurs the line between fiction and reality so well that I still can’t shake the feeling that this story isn’t entirely untrue… 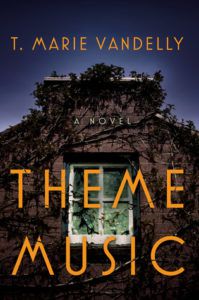 Dixie was only 18 months old when her father slaughtered the entire family with an axe. Dixie was the only survivor of the massacre, and 20+ years later, she’s (understandably) still dealing with some trauma. But then Dixie’s infamous childhood home goes up for sale, and she suddenly sees an opportunity to rediscover her family and potentially learn the real truth about what happened that night. (Warning: Do not try this at home. If you are looking to uncover the truth about a traumatic past, most mental health professionals would recommend therapy first.) 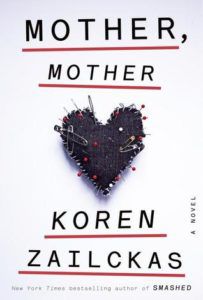 Hoo boy. If you’re looking for a story about a terrifying family, this. is. it. Josephine Hurst is the matriarch of the family. Her oldest child Rose ran away over a year ago. Her middle child Violet has been involuntarily committed to a mental institution for attacking her brother. Her youngest child Will has been diagnosed with epilepsy and requires near-constant attention. But as the story alternates between Violet and Will, we get a slowly-developing portrait of who Josephine really is. If you liked the messed up family dynamics in Sharp Objects, I honestly can’t think of a better read-alike than this book. It is absolutely bone-chilling.