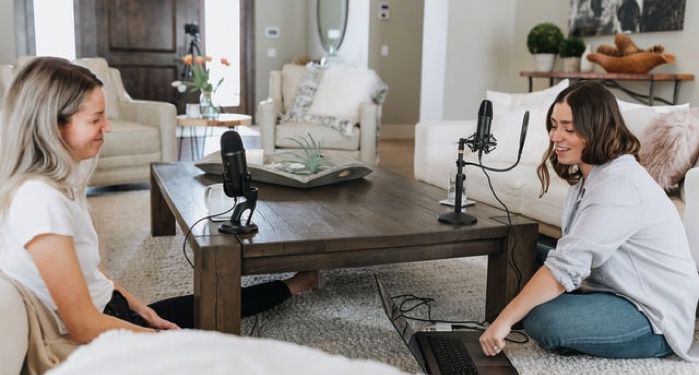 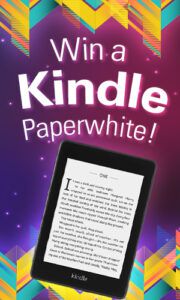 Here's a little more about the Macmillan eDeals newsletter: Be the first to hear about our down-priced eBooks across a variety of genres from your favorite authors, starting at $2.99!

Like most audiophiles here in the book world, I keep a running list of my favorite narrators, including Robin Miles, Soneela Nankani, Priya Ayyar, Emily Woo Zeller, and Nancy Wu. These audiobook performers have narrated dozens of titles, making it easy to find something else they’ve narrated once someone has discovered their work.

But recently I asked myself “what about fabulous narrators who don’t have a lot of credits to their name yet?” Without even realizing it, I realized I’d already written down almost half a dozen names of fledgling audiobook performers, all of whom I’d love to hear more from (nudge nudge, audiobook producers).

Erin Tripp is a Lingít actor with a background in theatre, and some of you might know Erin from Bookstagram where she runs a book club with her friend Dani Roulette, an Anishinaabe book lover and artist. I first heard Tripp’s voiceover work on some smaller projects that went up on social media and couldn’t have been happier to learn she also narrated audiobooks.

Tripp’s voice possesses a rich sense of the language’s rhythm and cadence, and I deeply appreciate her natural understanding of where to add more emotion and when to take a step back and let listeners engage and interpret for themselves.

Last year, like many young adult literature lovers, I listened to and loved Leah Johnson’s debut novel, You Should See Me in a Crown. But I felt equally happy finding narrator Alaska Jackson, who just made protagonist Liz Lighty come to life in such a brilliant way.

After listening to You Should See Me in a Crown and loving it so much, I was shocked to learn that this novel was Jackson’s only audiobook credit. But a few weeks ago, Leah Johnson published her second book, Rise to the Sun, which is also narrated by Jackson.

With experience in both theatre and film, Jackson brings incredible talent to her voice performances. She has this ability to truly inhabit point-of-view characters, making Jackson’s performance and the character’s own narration are one and the same.

Leah Johnson’s second novel Rise to the Sun also introduced me to Lexi Underwood, who performs the second point-of-view character’s section of the book. Underwood recently received much acclaim for her performance as “Pearl” in the Hulu adaption of Little Fires Everywhere.

Underwood has performed two other smaller titles, but has yet to narrate anything else. She has a number of upcoming projects, including playing Malia Obama in an upcoming anthology series. I hope to hear her narrate more audiobooks in the future.

You can learn more about Lexi Underwood’s work over on her Instagram.

Kinsale Hueston is a Diné (Navajo) poet and performer. I first discovered Hueston last year through her work on Race to the Sun by Rebecca Roanhorse. Her second performance arrived later that year with Elatsoe by Darcie Little Badger.

Hueston narrates these stories in such a way that captures the youth and vibrancy of the stories’ protagonists. They’re spunky and self-assured, and Hueston delivers their dialogue with all of the characters’ vibrant personalities.

You can learn more about Kinsale Hueston’s work over on her website.

Dakota actor Isabella Star LeBlanc has worked both on stage and on screen. She’s also a poet and playwright.

After the first ten minutes of Firekeeper’s Daughter by Angeline Boulley, I knew I had to listen to more of LaBlanc’s voice performances. When I looked her up, I learned this is her first audiobook credit! She also reads part of Dark Roads by Chevy Stephens, which will be released in August.

Performing teenaged characters often trips up audiobook narrators, but not LaBlanc. She narrates teenage protagonists in a way that makes it feel like the characters are standing next to you and telling you their story themselves.

You can learn more about Isabella Star LeBlanc’s work over on her Instagram.