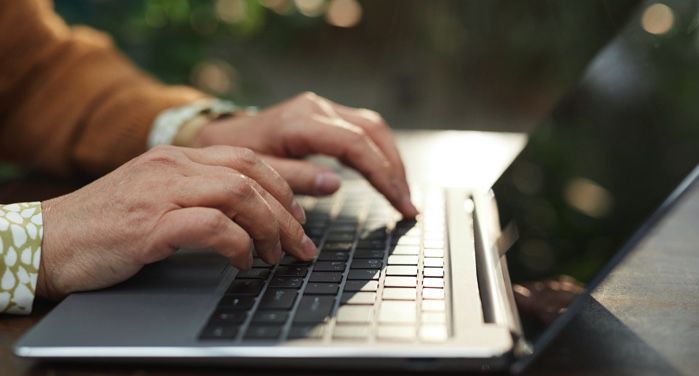 If you love political mysteries, you’re in for a treat this October when a novel hits shelves written from an interesting new perspective: that of former Secretary of State and presidential nominee Hillary Rodham Clinton.

Clinton is teaming up with award-winning Canadian mystery writer Louise Penny to co-write State of Terror, which tells the story of a newly appointed U.S. Secretary of State who must solve a series of terrorist attacks. The book will hit shelves on October 12, and is being jointly published by Clinton and Penny’s publishers, Simon & Schuster and St. Martin’s Press respectively.

State of Terror takes place just after a four-year presidential term that pulled America away from the world stage. A novice Secretary of State is appointed by her political rival, and shortly after, the country is rocked by multiple terrorist attacks. The Secretary must put together a team capable of finding the source of the attacks while also preventing the American government from crumbling.

Clinton’s political experience influences several aspects of the new novel. After losing to former President Barack Obama in the 2008 election, Clinton was appointed by Obama to serve as Secretary of State for four years. The novel is also influenced by the Trump administration’s “America First” foreign policy tactics.

Clinton and Penny’s new relationship as co-authors comes after years of friendship. The Clinton family has vacationed in Quebec’s Eastern Township as Penny’s guests, and Penny recently appeared on Clinton’s podcast You and Me Both. “Writing a thriller with Louise is a dream come true,” Clinton said in a statement about State of Terror. “I’ve relished every one of her books and their characters as well as her friendship. Now we’re joining our experiences to explore the complex world of high stakes diplomacy and treachery.”

Penny shared that she “couldn’t say yes fast enough” to writing a book with Clinton. “Before we started, we talked about her time as Secretary of State. What was her worst nightmare? ‘State of Terror’ is the answer.”

This isn’t the first political mystery or thriller novel written by a politician. Hillary Rodham Clinton’s husband, former President Bill Clinton, teamed up with bestselling author James Patterson in June 2018 to write The President is Missing, and recently announced a second book coming in June 2021, The President’s Daughter. Fans of politician and activist Stacey Abrams may know about her romance novels written under the pen name Selena Montgomery. Abrams’ first political mystery, While Justice Sleeps, will hit shelves on May 25. Other politicians from Winston Churchill to Jimmy Carter have tried their hands at fiction writing as well.

While State of Terror is Hillary Rodham Clinton’s first novel, she is well known for her memoir and nonfiction writing, from It Takes a Village, published during her time as First Lady, to What Happened, detailing her experiences during the 2016 election.

Although not a politician, Louise Penny brings a wealth of experience in mystery writing. Her most well-known work is the Chief Inspector Armand Gamache series, set in a picturesque village in Quebec. The series is currently being adapted as a television series by Amazon.

State of Terror marks a change in scenery for Penny’s novels, but combined with Clinton’s political experience, it’s sure to be a thrilling ride. “What an incredible experience, to get inside the State Department,” Penny said in a statement. “Inside the White House. Inside the mind of the Secretary of State as high stake crises explode.”

Quiz: Which Political Thriller Should You Read?