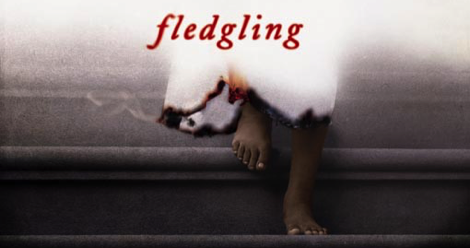 I discovered Octavia Butler because of Betty Smith. Really! Ok, so what happened was: I read A Tree Grows in Brooklyn many, many, many times, for the obvious reasons. It was about a girl who loved to read, and while my family was not as poor as Francie’s we were not well-off. We were both Irish! (Well, I’m a quarter, but it counts in my head.) And, like Francie, I often spent hours and hours in my local library.

So perhaps it was inevitable that after I graduated college but before I had found a job, between watching ER reruns and dropping off resumes all over town, I decided to pull a Francie and read my way through my local branch’s fiction section in alphabetical order.

I didn’t actually — I tried to, but it turned out there were a lot of super boring books??, and my willpower was not that strong. What I did do was pull out each and every book in the library’s meager fiction section to see if it had anything to do with fantasy or science fiction, and if it did I took it home. Which was also a big deal for me; I mentioned my “nerd origin story” in Episode 0 of the SFF Yeah podcast, and since it’s relevant here I’ll sum up a bit. As a kid I went straight from Nancy Drew and The Boxcar Children to Anne McCaffrey and Arthur C. Clarke; Do not pass Go, do not stop anywhere else in between. I happily read my way through genre fiction right up until college, where I was made to understand that I was supposed to be reading Literature. Which was fine, Literature was great! Literature included Salman Rushdie and Gabriel Garcia Marquez and — if you had a very progressive professor — Ursula K. Le Guin, and realistic literature was fine too it turned out, and then I was buried deep in primary source material for my History degree, so I put away science fiction and fantasy for those years. But once I had graduated and wasn’t reading off a syllabus anymore and didn’t have any papers to write, I was at a complete loss. What do you read when no one is telling you and no one is monitoring you? It’s funny now to think how embarrassed I was, as I have since completely embraced all genres in all their beautiful glory, but at that point I was incredibly grateful for the invention of self check-out machines. I could grab the books that reminded me of my childhood reading, and no one would know.

Anyway, I only made it into the Cs before I finally found a job (at a bookstore! Hello staff discount!!), but that was far enough. Because that’s how I took home Fledgling by Octavia Butler. 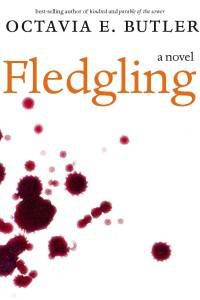 I was very familiar with vampires; Anne Rice, Buffy, Dracula, the original Vampire Diaries novels, Sunshine by Robin McKinley. Bunnicula! I was pretty sure I knew what vampires were about. Pale, want your blood, possibly glamorous/broodingly attractive but not to be trusted. Then Fledgling blew my mind wide open.

Butler drops you into the middle of the story along with her protagonist Shori, who wakes up alone, injured, and suffering from amnesia in a cave. Far from the 11-year-old girl she appears to be, she’s actually a 50-something vampire and someone wants her dead and gone. Her journey to discover who she is and who attacked her makes up the rest of the novel, and it is mind-blowingly subversive and incredibly good. Rather than wanton predators, Butler’s vampires develop a symbiotic relationship with those they feed on. But the relationship isn’t all collaboration and butterflies; the complex web of emotions and compulsions amongst the vampires and their “symbionts” is fascinating, and is just one of the reasons that this is a vampire book like no other. I won’t go into other details to avoid any further spoilers, but if you’re curious there are plenty of detailed reviews online — a 12 year old book is theoretically exempt from spoiler warnings, after all.

Butler exploded the idea of vampires, and also exploded any reservations I had about genre fiction post-college. Because here on the pages in front of me were racial politics, genetics, and the twists and turns of love and compulsion. Here was a deep look at humanity, through the lens of supernatural creatures. Here was thinking as complex as any you could find in Literature. Here was a book that would return me to the stories that I love while reminding me to look and think beyond.

So thank you, Octavia Butler — without Fledgling, I wouldn’t be the person I am today.