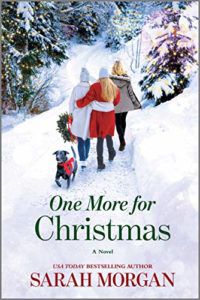 Maybe it’s all the winter-based holidays, or the fact that so few new things grow in winter. But for some reason, winter always strikes me as the perfect time to dig into the archives and reread old favorites. I decided to search through my tiny but respectable collection of old comics for winter-themed (or at least cold-themed) stories.

Because these are all older comics, their creative teams are largely (though not quite entirely) comprised of white men. So at the end of the article, I’ve included a modern classic for you to enjoy, this winter and always.

And so, with apologies to Gordon Lightfoot for butchering his song title, let’s snuggle up with some real cool comics! 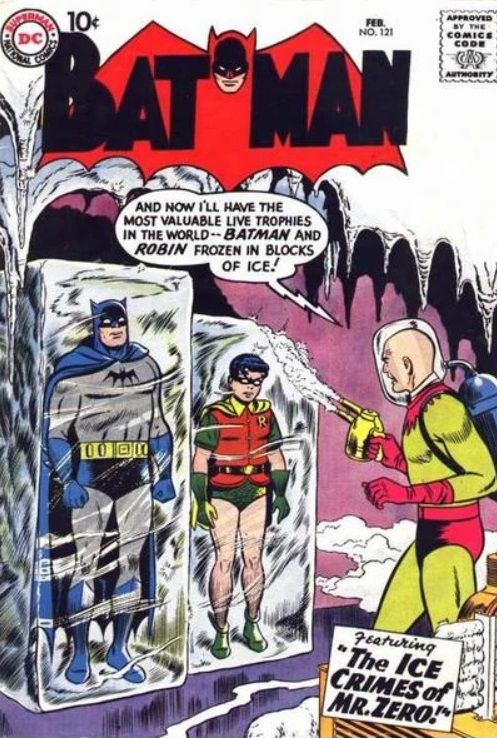 Mister Freeze has become comicdom’s preeminent cold-themed villain, probably due to his association with the perennially popular Batman and the fact that he has a more interesting, complex backstory than your average baddie.

But Freeze wasn’t always this way. He wasn’t even always Mister Freeze. In his first appearance in 1959, he was called Mister Zero, and he was your typical villain in an elf costume with a fancy gun. But we do get to see Batman and Robin on rocket skates for no reason whatsoever, so it’s worth it.

Of all things, the ’60s Batman show got their hands on the character, changed his name, and made him a little more sympathetic. By the time Freeze made his second (or first, depending on how you look at it) comics appearance in 1968, he much more closely resembled the character from the TV show than his Mister Zero incarnation. Reading both of Freeze’s first appearances back to back is a fun way of seeing how much the character (and the Batverse in general) changed in nine years. 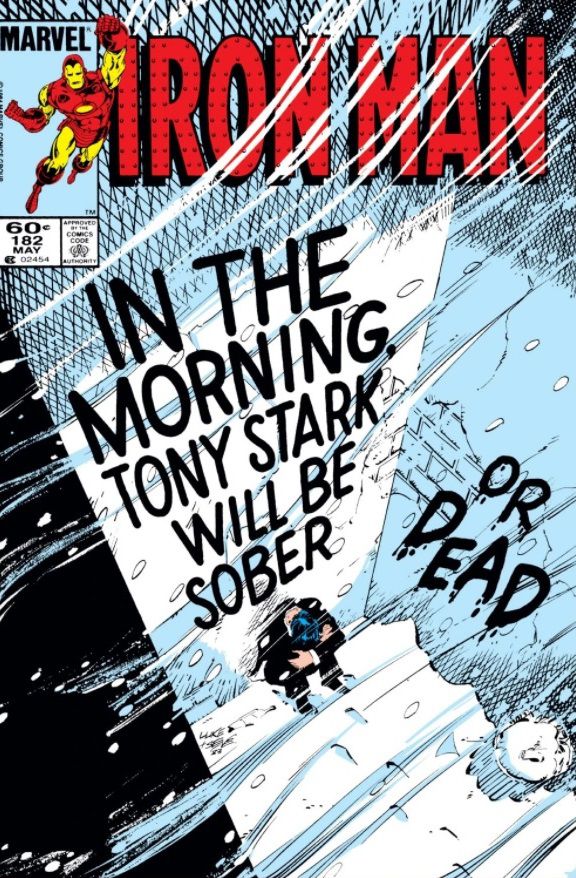 This is the climax to an especially brutal Iron Man storyline (and given some of the stuff he’s been through, that’s not nothing). In brief, Tony Stark relapsed into alcoholism, causing him to lose his business, his fortune, his home, and his superhero identity. Despite interventions from friends, Tony, convinced he was beyond saving, spiraled into suicidal depression.

While on the streets, Tony befriended another person with alcoholism, a pregnant woman named Gretl. Because this storyline is all about being as bleak as possible, Gretl goes into labor while she and Tony are out in the middle of a blizzard. I won’t spoil what happens (be warned that it’s…not happy), but the trauma of this event convinces Tony to get help. This paves the way for his eventual recovery and his return as Iron Man. 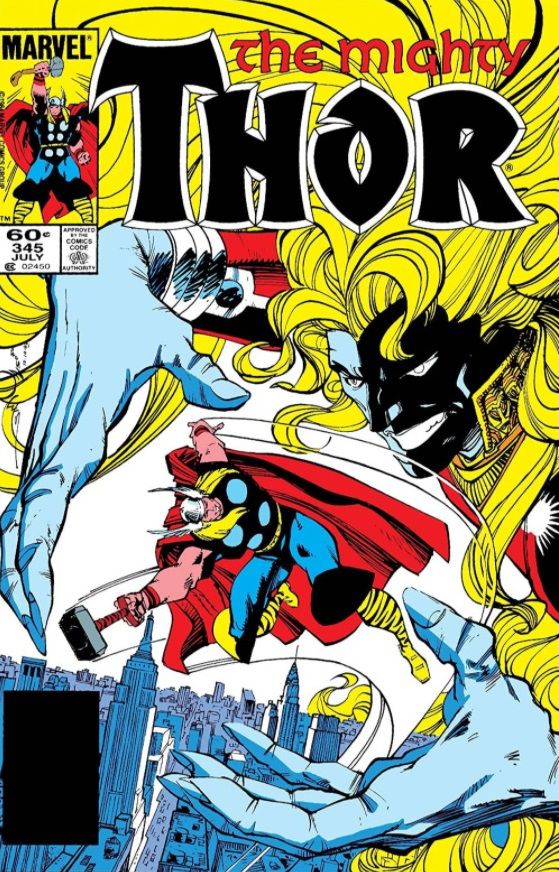 From the moment Walter Simonson took over Thor in 1983, he began introducing legendary characters and plot lines that influence comics even today. Early in his run, he brought us this storyline about Malekith the Accursed and his quest to find the mystical Casket of Ancient Winters.

The Casket is not only powerful enough to drown you in snow if opened, it can also shield you from detection (even from the likes of Odin) and keep its bearer eternally young. Years ago, the casket was stolen from Malekith by a human named Eric Willis. After escaping banishment, a SUPER ticked Malekith kills him and takes the Casket back, all while keeping Thor at bay through magic and seduction.

(No, Malekith does not seduce Thor himself. But he did pretend he was a woman to seduce Eric Willis to death, so there’s that.)

The ironic thing about these issues is that, despite the Casket of Ancient Winters being a major plot point, the main villain—the guy Malekith works for—is Surtur, the Fire Demon. But fear not: Thor #350–352 includes an epic snowy battle where hordes of fire demons face off against Thor, the forces of Asgard, numerous mortal heroes, and even some erstwhile baddies. 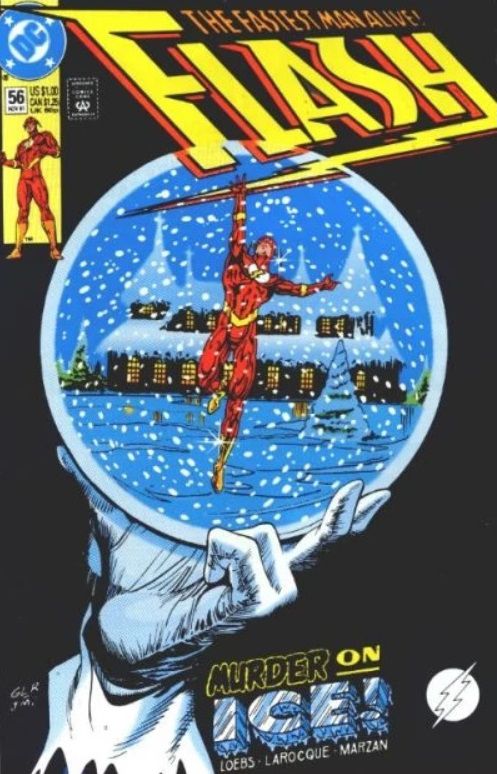 This is basically a locked room murder mystery with a superhero twist. The Flash, AKA the extremely broke Wally West, is invited to the will reading of the Icicle, a recently deceased supervillain. Wally’s socialist friend Piper tags along because comedy, and they arrive at the Icicle’s mansion just as a blizzard hits. Typical.

Icicle’s family are the expected bunch of disgruntled, greedy misanthropes. They are not thrilled at the idea of splitting the family fortune with a superhero. But they’ve got bigger troubles on the horizon: that night, when everyone is snowed in, the Icicle’s ghost appears and starts targeting his relatives!

I won’t spoil the rest of it, but I will say that William Messner-Loebs’s Flash is extremely underappreciated, and that anyone who likes their comics less gritty and more fun should check it out.

And a Modern Classic

Eric “Bitty” Bittle is great at figure skating, baking, and vlogging. He is not so great at the “contact” part of contact sports, which is a problem now that he’s on his university’s hockey team. Jack Zimmermann, the handsome but aloof team captain, tries to help Bitty get over his fears, but that leads to a different problem—of the romantic sort.

Check, Please! is the kind of adorable where you have to pace yourself to keep from exploding or melting into a puddle. I absolutely mean that as a compliment. The series wrapped earlier this year, so you can either read it all online or buy the trades. Either way, please check out this webcomic for chilly fun, warm fuzzies, and so many pies.