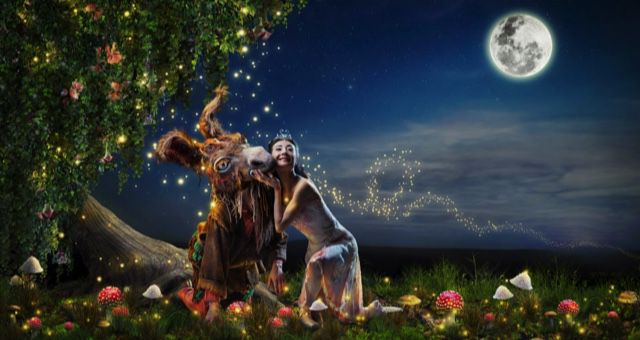 This post on ballet adaptations of Shakespeare is sponsored by Wednesday Books.

Ballet and Shakespeare: an artistic coupling that has served dance and the Bard quite well for the last 250 years. Locally and globally, when ballet companies announce their repertory season, Shakespeare’s A Midsummer Night’s Dream and Romeo and Juliet are likely to be on the program. Hamlet, Othello, The Tempest, and Anthony and Cleopatra are also beloved full-length ballets by Shakespeare. 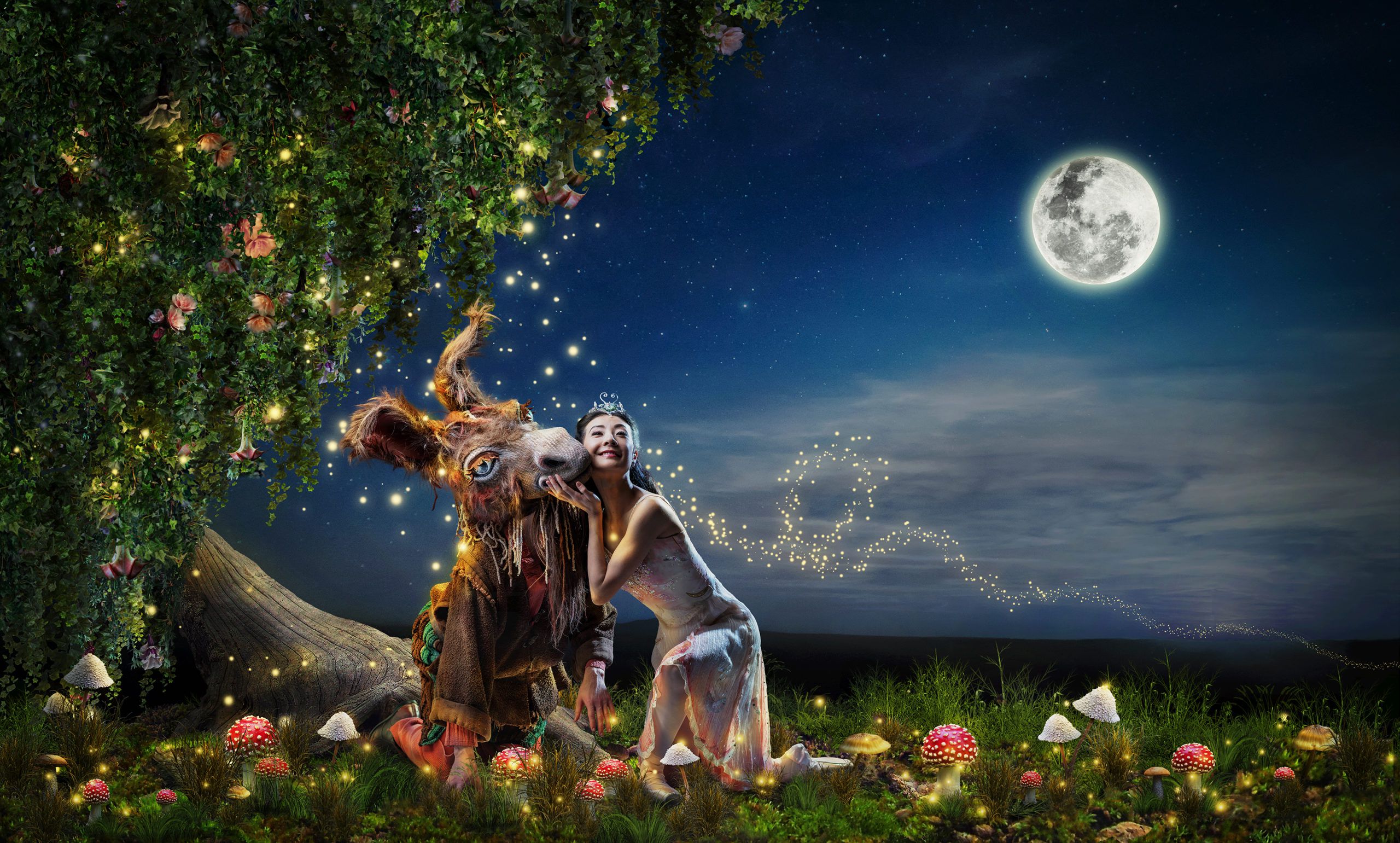 Shakespeare is suited not just to the ear, but also to the eye. Shakespeare’s plays conjured visions—a natural setting for dance to expand its boundaries. Shakespeare has action and movement; ideal settings for dance and spectacle.

Through the motions of dance, the inner emotions and turmoil of Shakespeare’s main players find a natural retelling.  Audiences can make an emotional connection with dance in ways not available through a basic reading of the play or through seeing the actors repeat their lines. It is when the elements of a ballet—the music, the dancers and choreography, the stagecraft and lighting and costumes—blend seamlessly together that ballet elevates Shakespeare to the sublime.

Choreographers began using Shakespeare’s plays 250 years ago. Jean-Georges Noverre, an influential choreographer during the last half of the 1700s, produced an Antoine et Cleopatra in Stuttgart, Germany. The artistic heir to Noverre, Salvatore Vigano, then staged Otello and Coriolanus. Neither of these early Shakespeare ballets is extant—but the trend was set.  The choreographers, stage designers, costume designers and dancers bring their own retelling and imagination to the stage with each new production—Shakespeare is an inexhaustible source for inspiration.

Perhaps Shakespeare had dance in mind when he wrote Romeo and Juliet. Every scene in Romeo and Juliet seems designed for ballet: the intrigue  of the Capulet ball where Romeo and Juliet meet; the town square, where the fatal swordsmanship of the young men changes everything for the young lovers; the balcony scene where first love is declared; and the burial crypt, where their last act of love takes place.

The San Francisco Ballet Company, the preeminent and oldest professional dance company in America, will be presenting two of Shakespeare’s greatest plays and ballets for this 2020 Ballet program: A Midsummer Night’s Dream and Romeo and Juliet. 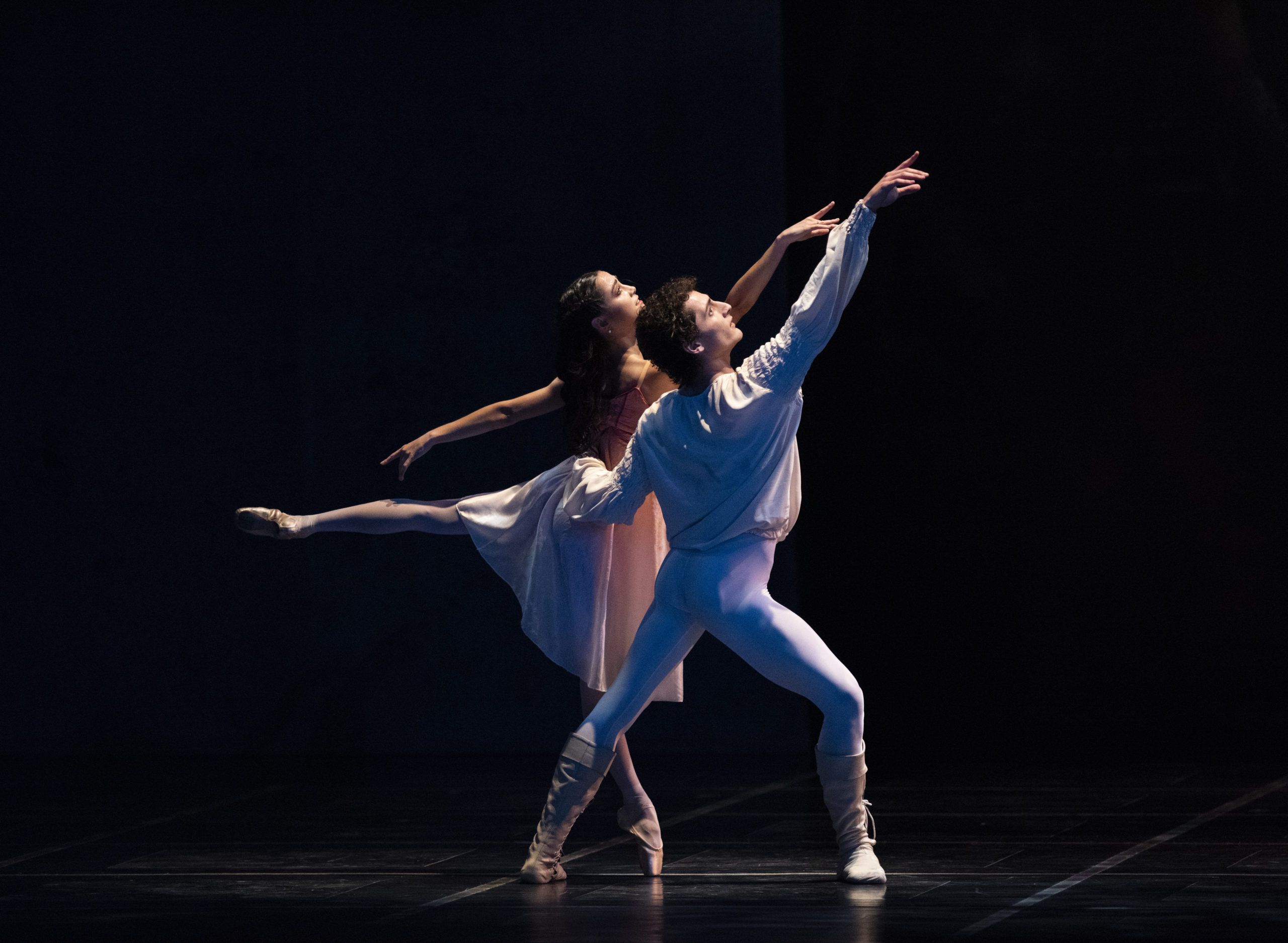 Until I saw the SF Ballet production of Romeo and Juliet, nearly 20 years ago, I thought I had seen romantic love portrayed on the stage. It was when I witnessed the balcony scene of the two young lovers, as they danced across the stage and intermittently placed their ear to the heart of the other, a subtle detail throughout the scene, that I realized I had never experienced passion portrayed on the stage until then.

And, I thought I had seen despair—until I saw Romeo cringe and become physically repelled at the killings of Tybalt and Mercutio as he danced on the San Francisco Ballet stage. An ugly, tormented scene made more powerful with Romeo’s stunted steps and then the great strides leaping away as he is forced to flee the scene.

Ballet has been graced with some notable Shakespearean dramas set to dance this past decade. In 2014 the innovative choreographer Christopher Wheeldon set A Winter’s Tale to ballet for the Royal Shakespeare Ballet Company.

Also in 2014, a new production by Jean-Christophe Maillot for the Bolshoi Ballet of The Taming of the Shrew drew enormous critical praise for his interpretation of the Shakespeare play. Maillot discarded every remnant of the 1969 ballet choreography and replaced it with his perspective that Taming of the Shrew was the sexiest play Shakespeare ever wrote, and it was declared “a combustible meeting of two passionate people in flight from the mediocrity of the world around them.”

In 2012, Othello’s tragic despair was told anew with the Doug Elkins’s interpretation of Mo(or)town Redux. This modern dress version ballet used the music of Motown music to convey Othello’s distress. At the end, Othello crumpled to the stage after a series of contractions set to the tune of I Heard It Through The Grapevine.

The Bard will never leave ballet: there is still so much innovative retelling to create. Macbeth would be an ideal play for ballet: imagine the sets and costumes, witches dancing around the kettle, and Lady Macbeth try to dance away from all that blood on her hands.

One final thought: Make the San Francisco Ballet a priority to experience Shakespeare and ballet sometime in your lifetime. They are a “national treasure” (New York Times) and the company tours extensively after their yearly five-month season concludes in San Francisco. And, in the world of classical ballet that has a previous history of shutting their doors to dancers and designers of color, the San Francisco Ballet has a commitment to diversity and inclusion that has set the standard for dance companies nationwide. The ballet company’s priority to inclusion is clear in their mission statement:

“San Francisco Ballet will continue celebrating and respecting the intersections of our differences—it’s what makes our dancers, students, staff, community, and audiences who they are. We know this work isn’t a finite goal, but a journey that we stand committed to—both as an organization and as individuals.”