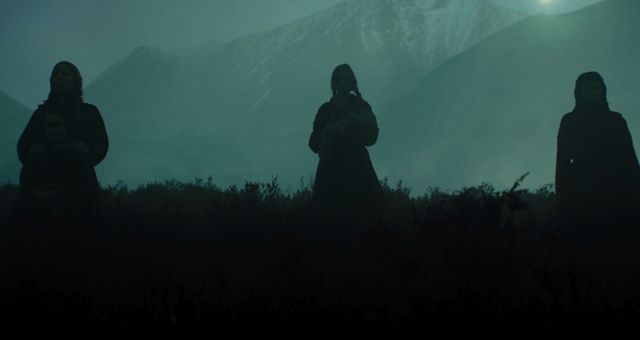 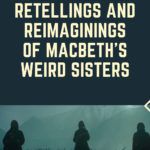 This post about weird sisters retellings is sponsored by Wednesday Books.

Let’s talk about the Weird Sisters…Is there anything freakier than three unrelated women of staggered generational ages all giving you attention at the same time? According to Shakespeare, nah. I mean, sure, some of the events that their presence led to were much worse, but all the wrongdoings can be traced back to them. Technically, Macbeth should be held responsible for his own actions, but he isn’t. Not really…I mean, how many people do you know who are much quicker to blame the witches, or even poor, instrumental Lady Macbeth, for all of Macbeth’s rashness?

It wasn’t all Shakespeare’s misogyny *cough* I mean fault. The cultures that he idolized also blamed women for most of their problems.

IDK if y’all know this, but Shakespeare didn’t invent the triad of creepy women. Boiled down, Macbeth itself IS a retelling. Shakespeare borrowed and rebranded archetypes (along with a LOT of his plot devices) from his favorite ancient societies, namely the Greeks. Case in point, the Weird Sisters giving unpopular and trickstery prophecies? Them’s the Fates, y’all.

And by the way, in my personal opinion, there is no scarier retelling/representation of the Weird Sisters than in Justin Kurzel’s film adaptation of Macbeth, pictured above—I mean, he nailed their spookiness-in-the-fog in a way that really resonates with contemporary viewers. YIKES, dude.

But moving on, in case you need a refresher on the Fates, they were the goddesses who determined the course of everyone’s life. There was one who spun the thread of life, one who measured it, and one who cut it, and even the gods had to submit to this predetermination. (Plus, traditionally, both the Weird Sisters and the Fates are depicted as women of three generations: the Maiden, the Matron, and the Crone. Not always, of course, but often.) 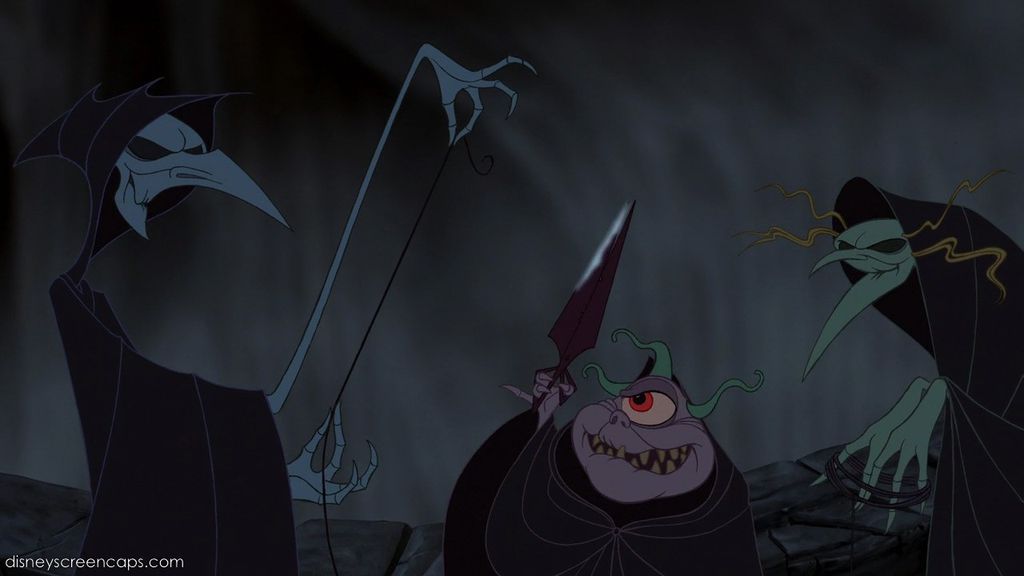 The Disney film Hercules conflates the Fates with the Graeae, having them share an eyeball AND spool the thread of life.

The second set of three women from Greek mythology is The Graeae, the elderly threesome who shared an eye and a tooth among them. Long story short, in order to get information from them to kill Medusa (who is also, by the way, one of three Gorgons, each cursed for her beauty), Perseus held their lone eyeball ransom. I think the Weird Sisters are reminiscent of the Graeae AND the Fates AND the Gorgons if only for the reason that they are all sets of three sisters who have more information than they should have, and that makes them scary. In her edited anthology Medusa’s Daughters, Theodora Goss also points out that the Gorgons, and Medusa in particular, were an obsession among ladies at the fin de siecle, too.

But why? Why was this weird sisters trope present in ancient times, and why does it persist through retellings today?

The information that the Weird Sisters have, of course, is that of prophecy. The Graeae had information, but nothing so wild as a foretelling, and the Fates, they’re a little different, too, since it’s debatable whether they decide stuff or if it simply is, and they’re the ones who tell it. In fact, all prophecy is pretty dicey in origin…

Banquo even cautions Macbeth against the idea of prophecy in the Scottish play. He says, in some of my favorite lines, “But ’tis strange: / And oftentimes, to win us to our harm, / The instruments of darkness tell us truths, / Win us with honest trifles, to betray’s / In deepest consequence” (Act I, scene iii).

Paraphrased, Banquo is warning his friend: Yo, sometimes these ladies who have access to the future will tell you a little bit of truth so that you believe them, and then they’ll tell you shit just to fuck with you. Because that’s their nature. They’re chaotic evil in the truest way, and they’re bloated off of their own power.

Make no mistake, though, Shakespeare didn’t invent this attitude toward prophecy or powerful women. He essentially retells the idea that the Greeks had. In the Classic Greek play, Oedipus Rex, it’s the hearing of the prophecy that sets the whole horror show in motion. Remember, the King hears that his son will kill him and marry his wife/the son’s mother? And he overreacts, saying, “Oh, absolutely not,” and has the baby sent to be killed, but the servant can’t bear to do it, so he just leaves the little boy on the side of a mountain, and then this elderly couple comes to take him in, and…well. You’ll remember from the prophecy what happens next. (Granted, that prophecy does not come from three powerful women. Shakespeare merged those two tropes in his retelling. Because SMART women? Oh, nuh-uh. That’ll be a strong man’s undoing for sure. I’m rolling my eyes…but he’s kind of, like, not wrong, either.)

But you know Shakespeare’s other favorite set of stories, right? From The Bible? Let’s not forget about The Witch of Endor who helped summon Samuel from the afterlife for Saul and was then condemned for it. And let’s not pretend, either, that Shakespeare wouldn’t have known about her. She totally might have helped to inspire the concept of the Weird Sisters.

Granted, the Shakespearean Weird Sisters are certainly the most familiar of these sisters for contemporary audiences. Like I mentioned above, it’s a play that continues to be performed and adapted for screen. If you’re one of MANY people who find Shakespeare and other classics largely inaccessible, as Louise and I mention on Book Riot’s Novel Gazing podcast, graphic novel adaptations can definitely help, plus they’re great all on their own, too. Toil and Trouble by Mairghread Scott, Kelly Matthews, and Nichole Matthews tells the story of Macbeth from the perspective of the witches. (And Augusten Burroughs just released a memoir of the same title, Toil and Trouble, which is no coincidence since it is also about witchcraft.) 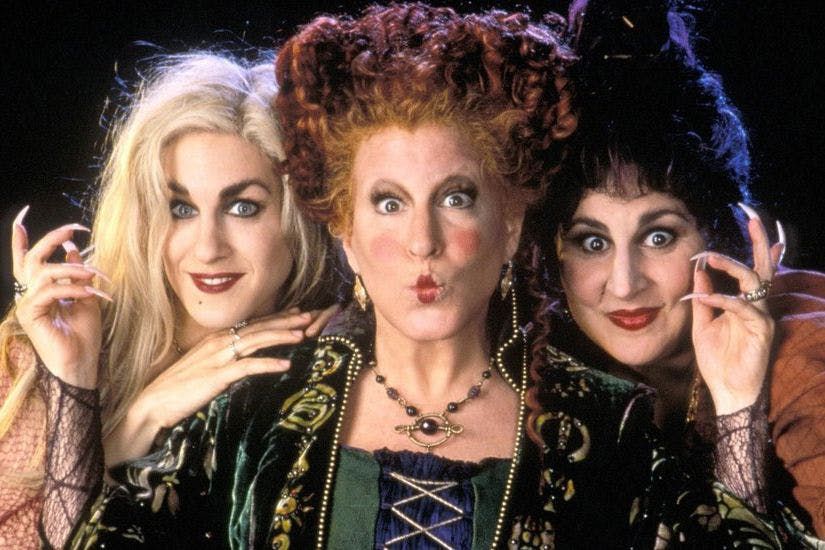 There are many other contemporary interpretations of the Weird Sisters, too. Like the Sanderson sisters from Hocus Pocus, or the Brides of Dracula (whom both the Count and Jonathan Harker refer to as the “weird sisters”), or The Witches of Eastwick by John Updike, or the sisterhood of orphans in the new Netflix show, Sabrina, or even the pop band that’s all the rage in the Harry Potter series, aptly titled The Weird Sisters. And I count ALL of that.

Also, let’s acknowledge how in The Craft there are FOUR witches—since when has that been a thing? That’s why y’all’s balance got thrown, Nancy. You only needed three, and then you got greedy and recruited Sarah. Tsk, tsk.

But still…Shakespeare isn’t really the beginner of this archetype…Shakespeare is just the eldest, deadest, whitest reference that our collective unconscious readily recalls. Plus, every power-hungry man needs a scapegoat, and so much the better if it can be women who were just…weird anyway.

The common thread (pun intended) that weaves these tropes together comes from a few places: 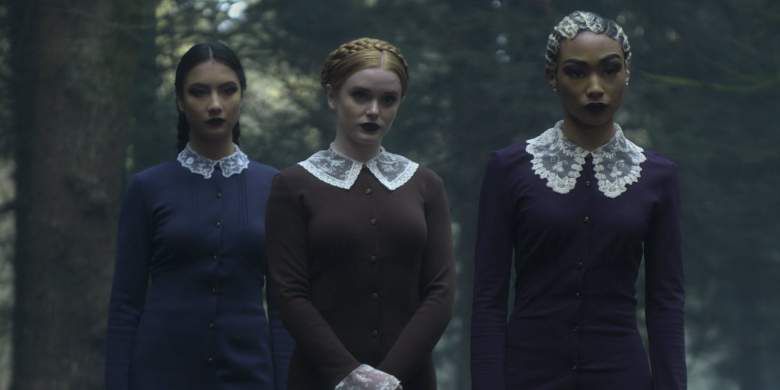 The witches will give you a prophecy, and by “you” I mean, traditionally, a man. What you/he do/does with it determines his course. If you hear it and take it in stride, you’ll end up like Banquo, theoretically happy and content with his lot…unless your power-hungry, sterile buddy is there to make sure that HIS part of the prophecy comes true, and yours doesn’t…which cycles back to making the whole thing true. You can’t beat the witches, no matter what you try.

Remember, in a more contemporary retelling of this trope (because she, like the Weird Sisters was based loosely on the prophecies of the Greek Tiresias), the Oracle in  The Matrix asks, “What’s really going to bake your noodle later on is, would you have still broken [the vase] if I hadn’t said anything?” The answer, in my interpretation, is Nope. According to Shakespeare and the Greeks and a whole bunch of other men, it’s the power of women’s suggestion, their prophecy, that makes all of this shitty stuff come to fruition. What are these poor guys supposed to do, huh? Have an original thought? 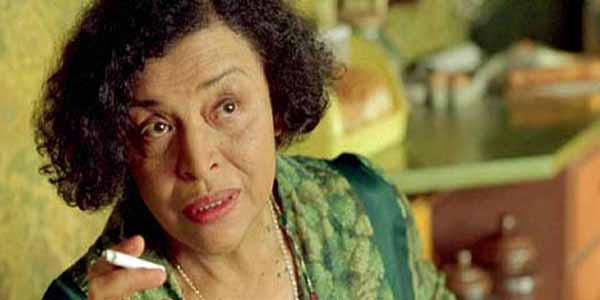 In conclusion, fear powerful women, but more importantly, fear the nature of yourself that a powerful woman can manipulate, and steer clear of prophecies at ALL COSTS, no matter how innocuous and positive they seem. At least, that appears to be what Shakespeare and his predecessors and descendants would have you (men) believe. I tend to think that you can do better, that you can make your own decisions independent of what these allegedly conniving powerful women would have you believe. But then again, I’m another of those allegedly conniving powerful women. The choice is yours. As my Weird Sisters would say, were they here, peace! The charm’s wound up.