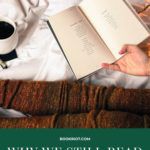 This post on why we should still read Shakespeare is sponsored by Wednesday Books.

We all remember sitting in our high school English classes, most likely staring at the ceiling just waiting for the period to just end already, when the teacher starts to talk about what the next unit will go over:

Starting with Romeo and Juliet, everyone’s favorite play. Or maybe it was Julius Caesar.  Or Hamlet. Or Macbeth. Or any one of his numerous plays, probably one that you learned before and you will learn again and again and again. Or maybe one of the sonnets, your teacher ensuring the popular girls will hear the words “Shall I compare thee to a summer’s day?” continually for the next several months.

It’s an experience a lot of American school students go through, and depending on how your teacher presented his work, you probably hated it. And that’s okay. But there’s a reason we still read the Bard of Avon, and it’s not because teachers hate their students.

For one thing, it’s hard to ignore the pervasiveness of his work, especially within the western sphere of literature. I mean, how many Renaissance/Elizabethan-era plays and writers can you list off the top of your head? Sure, you can list Doctor Faustus by Christopher Marlowe, and maybe you learned about John Fletcher and his play The Woman’s Prize, or The Tamer Tamed, his response to Shakespeare’s Taming of the Shrew.

But the first person that comes to mind is Shakespeare. And there’s a reason for that besides his works constantly being taught. Name a play, and there’s probably at least five modern renditions of it available on Amazon right now. The Bard of Avon is everywhere, and there’s no easier way to prove that than with the reiterations of some of his quotes.

You know that lyric from Smashmouth, how “all that glitters is gold”? Yeah. They got that from Shakespeare, where he originally states that “all that glitters isn’t gold.” If you’ve ever said “it’s the be-all, end-all,” you’re quoting Shakespeare. Something wicked this way comes, wild goose chase, pure as driven snow, that’s all Shakespeare. Even “off with his head!” originates with Shakespeare (sorry Carroll) from Richard III.

Speaking of Richard III, reading Shakespeare provides a lot of historical social context as well. Yes, we all hate reading his histories for various reasons, but they provide insight to how Elizabethan society viewed these individuals at the time and the politics involved as well. Richard III is a great example of this.

Richard III is often displayed as a hunchback, disliked by his subjects, and is said to have killed his nephews. All of this is false. Richard III didn’t have a hunchback—that was painted in pictures of him later—and he was well-liked by his subjects. It’s also incredibly unlikely that he killed his two young nephews—murdering them would have gained him nothing, he was already king. But he is remembered so, in part because of Shakespeare and other Tudor propaganda.

Shakespeare wrote in Queen Elizabeth I’s era, and she was the granddaughter of Henry VII, or Henry Tudor, the man who defeated Richard III in battle and took the throne after her. You don’t want to anger your benefactor, so you make a play about the enemy of her ancestor and make him a mean, vile man who was so terrible his physical body mirrored the evilness within, and make sure you make the ancestor look good when he wins the throne through glorious battle.

It’s not all educational and cultural necessity with Shakespeare, however—he’s really quite funny as well. His plays are full of jokes and turns of phrase that can actually be pretty crude and lowbrow. For instance, in his play Titus Andronicus, there is literally a “your mom” joke, with one character saying, “villain I have done thy mother.” And all those sword fight scenes between two characters aren’t, ah, necessarily about swords per say. In Othello, there is mention of “the beast with two backs,” and who can forget this exchange from The Taming of the Shrew: 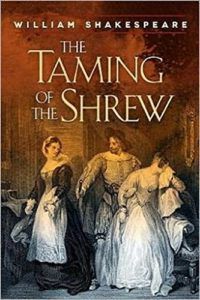 The Bard even goes so far as to include this sort of humor in the titles of his plays with Much Ado About Nothing. In the Elizabethan era, “nothing” was a euphemism for female genitals. I’ll let you translate that joke on your own.

To further prove my point, I got in contact with Dr. Nic Helms, an instructor at the University of Alabama. He backed up what I say when I asked why he includes Shakespeare in his lesson plans. “For the depth and the difficulty” he says, “[Shakespeare]’s a pretty great writer with vivid poetry, believable characters, and delicious puns. Second, people have been remixing and remaking him for over 400 years. He’s had an oversized impact on our culture, and everyone has the right and the opportunity to have their own say about his work.”

But Dr. Nic Helms admits there are some drawbacks to teaching Shakespeare. In his own words, “the overall lack of diverse representation in his plays.” But the good instructor has a way around this in his teaching. “I always try to pair Shakespeare with adaptations of his work and with more contemporary texts that tackle the constructions of race, gender, sexuality, ability, and so forth in Shakespeare. For instance, I’ve taught Othello alongside season 2 of the podcast In the Dark, which discusses systemic racism and the ways that the American justice system criminalizes blackness.”

He even tries to counteract the intellectual fatigue that many have around learning about Shakespeare, focusing his teaching more upon the characters than the plots of the plays, or looking at the tiny moments that the plot is often built around: “For instance, why is it that Hamlet holding Yorick’s skull is the quintessential image that we associate with that play? Or that Ophelia’s suicide is often beautified in art, but the trauma of that suicide is far less frequently discussed (even in the play itself)? In the end, I’m always less interested in Shakespeare than I am in what students can make out of Shakespeare. And that, I think, breaks through intellectual fatigue.”

As for me, I think much of the reason as to why people hate learning Shakespeare stems from how he’s is taught. Shakespeare’s plays and poems are often assigned as readings for homework and then they’re discussed in class the next period. But that’s not how his works are meant to be consumed. Shakespeare was meant to be heard, not read. His plays didn’t include illustrations until 1709 for this same reason. You don’t sit and read a script, not unless you plan to act it out. You hear others perform it. Shakespeare is no different. Teaching it should reflect that.

And thus, I leave you with these words from Romeo and Juliet, “good night, good night! Parting is such sweet sorrow / That I shall say good night till it be morrow.”