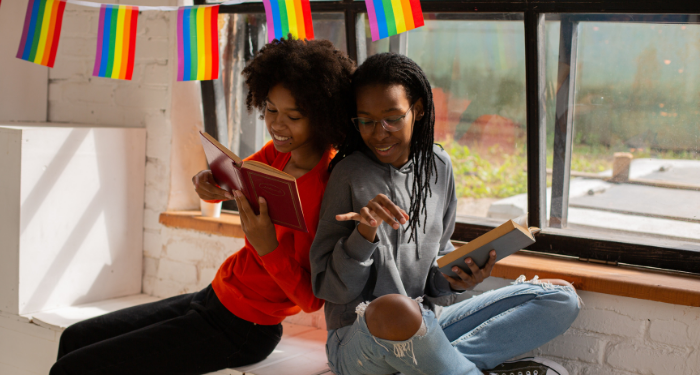 These 2023 LGBTQ books are at the top of my TBR, and, once you’re done reading about them, I’ll think they’ll make their way onto all of your lists too. Every year, I’m excited to see all the new queer books publishers have on their lineups, and it seems like every year I have the joy of seeing more and more. That makes it hard to narrow down which titles I’m most excited for, but all the better for queer readers out there looking to find more of themselves in the books they read. And whether you love queer YA rom-coms, sapphic romance, LGBTQ literary fiction, or queer SFF, the 2023 lineup has a little bit of everything for everyone.

These ten books, from memoirs to YA romcoms, are only a very small sampling of that, but I think they’ll give you a good idea of what’s in store. And you certainly can’t go wrong adding any of these books to your TBR list even as you search out more great reads coming out this year. It’s a fine year for LGBTQ books, my friends. These ten titles are proof of that. And as long as authors keep writing them, I’ll keep reading them. I hope you will too. 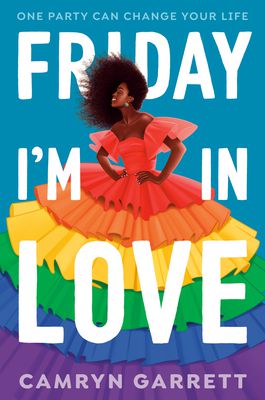 If this gorgeous cover isn’t enough to convince you to read this YA romance from the author of Full Disclosure and Off the Record, maybe this will: instead of a big Sweet Sixteen, Mahalia Harris is planning a huge Coming Out Party. All she wants is a break from worrying about school and crushes and money. And is that really so much to ask? But despite all her extra work and savings and the flirting she’s put in with the cute new girl, soon Mahalia is drowning in bills and drama and her dream of the perfect Coming Out Party might just be dead before it’s even started. 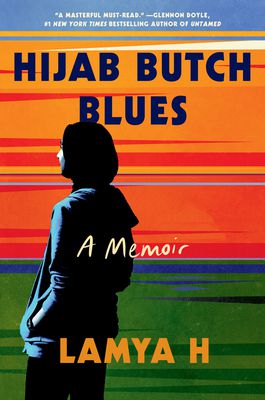 In this “daring, proactive, and radically hopeful” memoir, Lamya recounts her discovery of her sexuality as a young Muslim girl in South Asia and the ways in which comparing her own queer experiences to stories from the Quran helps her reinterpret herself and her religion. Through a series of essays covering her childhood through her arrival in the United States and early adulthood in New York, Lamya paints a powerful portrait of what it means to be queer and Muslim at the same time. 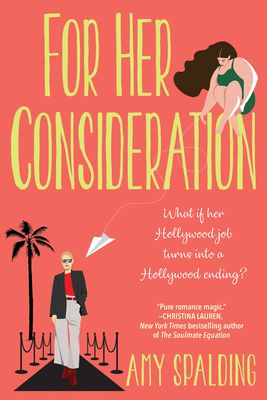 For Her Consideration by Amy Spalding (February 28)

In this sapphic Hollywood romance, a screenwriter falls for the bossy movie star who convinces her to start writing again. But between returning to L.A., reconnecting with her old crew, and working on a new script, does Nina really have time to be falling for a movie star? Even if Ari is the movie star who told her she shouldn’t quit on her dreams? Maybe. Or maybe not. And, either way, maybe it’s worth the risk. 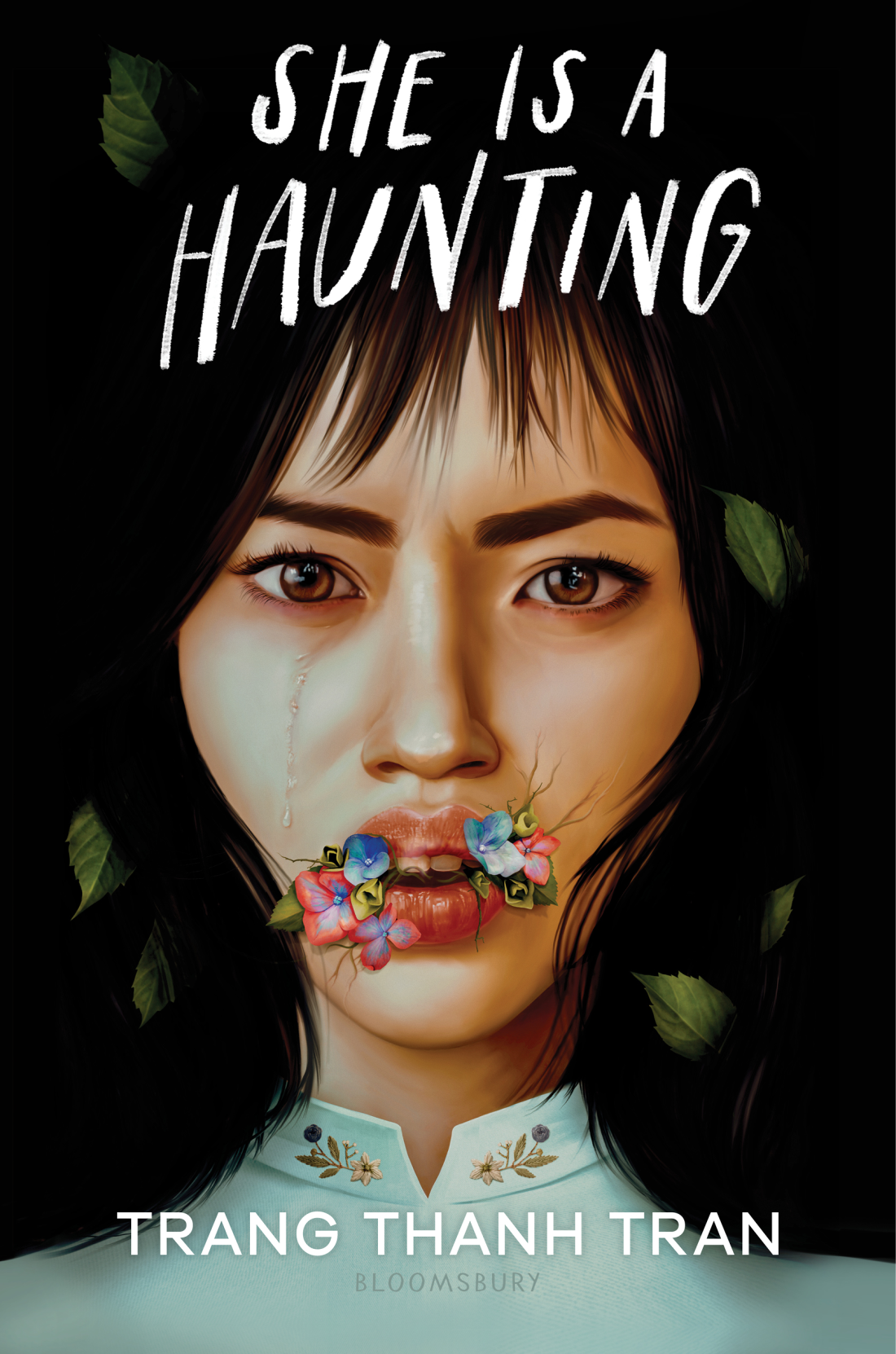 She Is a Haunting by Trang Thanh Tran (February 28)

Jade Nguyen plans to visit her father in the French colonial house he’s renovating in Vietnam, get in, pretend to be the good, straight, Vietnamese American girl he thinks she is, get the college money he’s promised her, and get out. The house has other plans. Each morning she wakes paralyzed, covered in insect legs, and haunted by the ghost of a bride who leaves her with one warning: don’t eat. her father doesn’t believe her. Even her sweet little sister doesn’t believe anything is wrong. It’s only with the help of a delinquent girl named Jade that she can prove this house her family has always dreamed of will destroy them from the inside out if they don’t get away first. 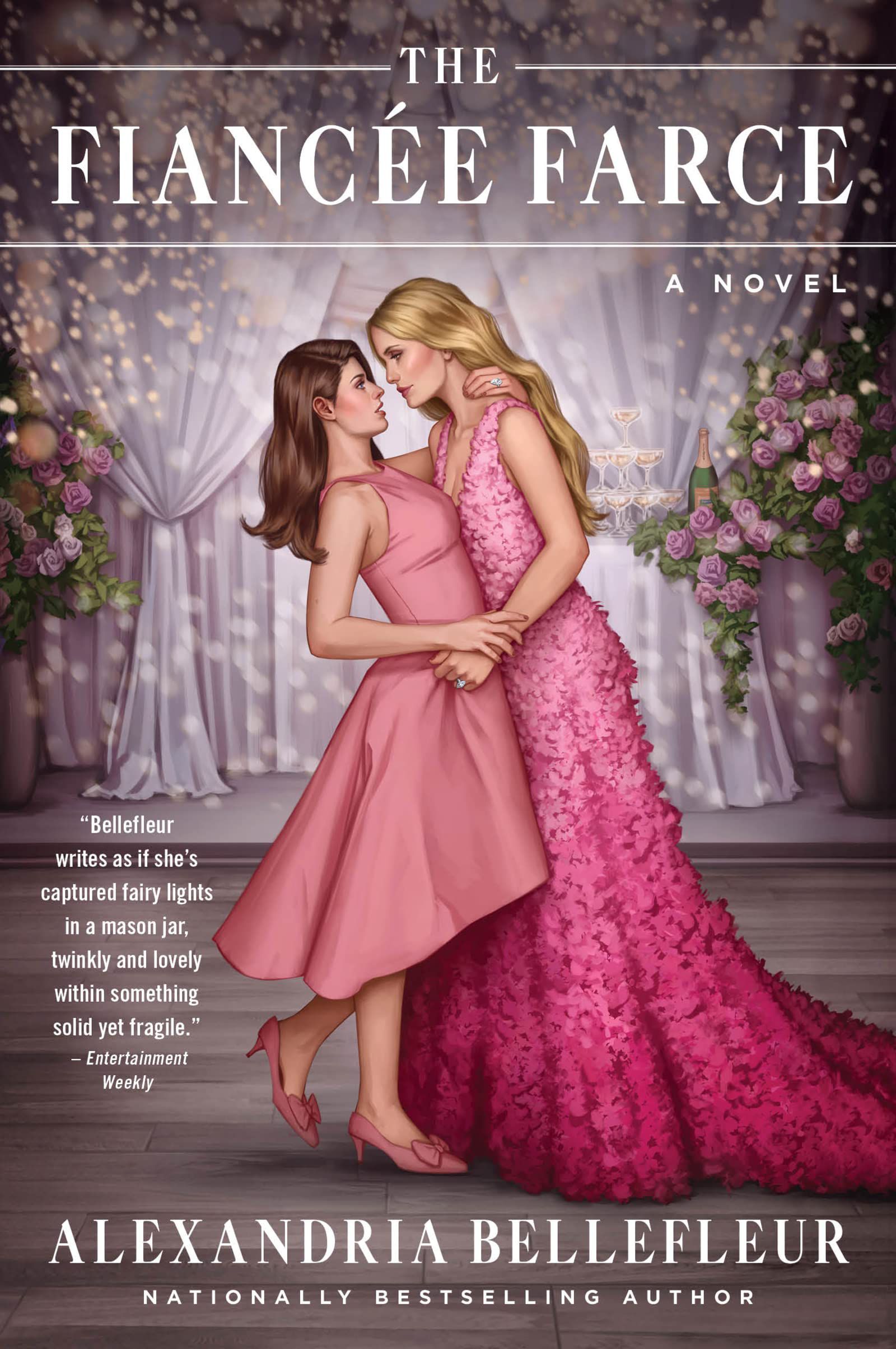 The author of Written in the Stars is back with another contemporary sapphic romance, this time between a bookseller and a cover model who agree to a marriage-of-convenience only to discover they have very real feelings for each other. I’m so here for a story about a small bookstore owner and a publishing heiress with a book modeling career on the side falling for each other. I mean, this feels like straight up reader fanfic in the absolute best way possible. I’m in. 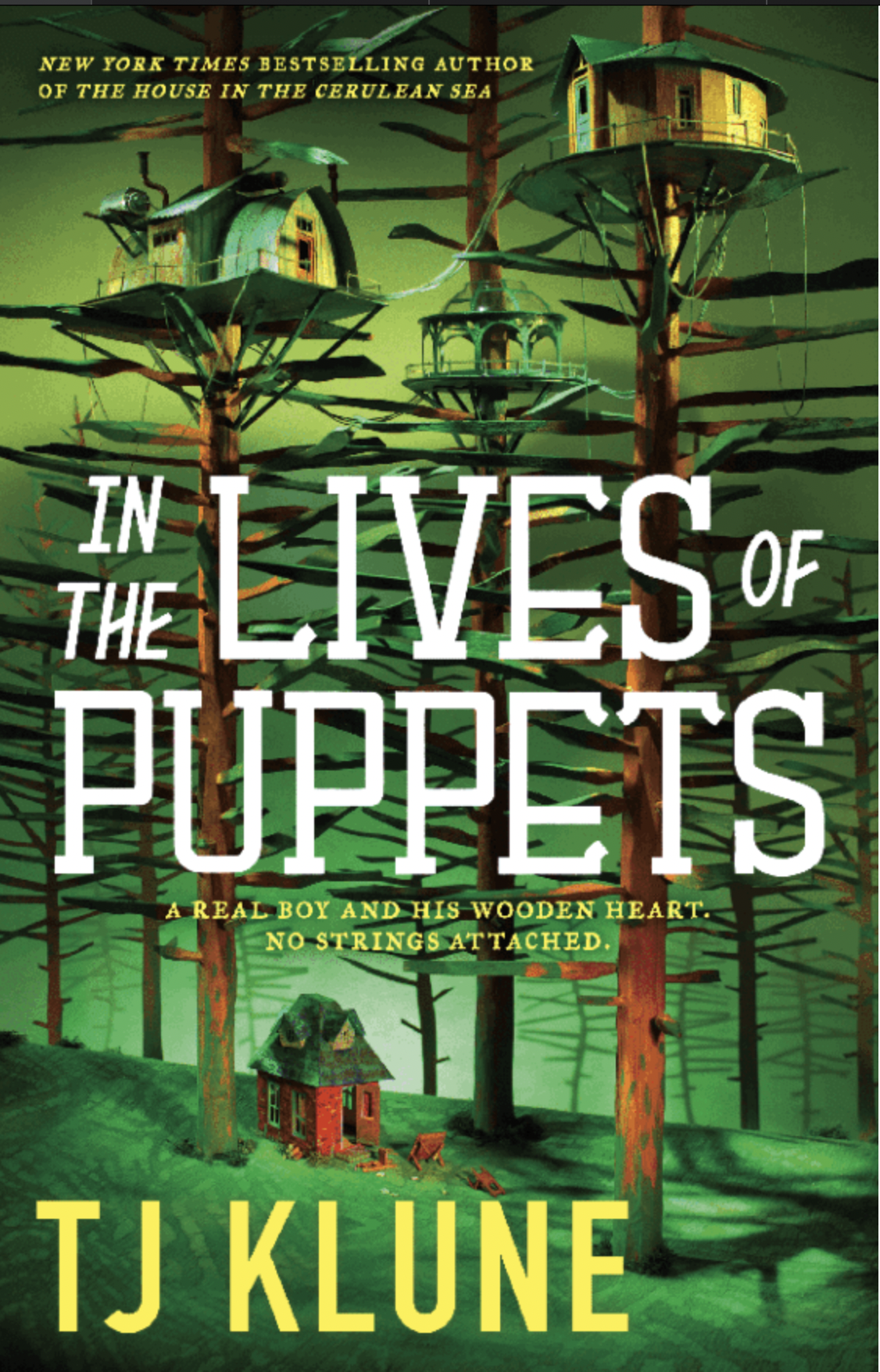 In this SFF take on a Pinocchio retelling, a human raised by a robot discovers his adoptive father’s dark past spent hunting humans. When a recently repaired robot alerts other robots of Giovanni and Vic’s location in the woods, Gio is taken back to a laboratory in the City of Electric Dreams. To save the only father he has ever known from decommissioning or reprogramming, Vic must journey across a treacherous landscape with his robot companions — including the very one who gave them up. 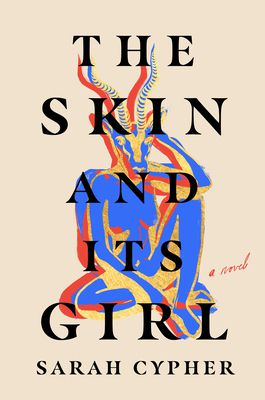 The Skin and Its Girl by Sarah Cypher (April 25)

When a stillborn baby’s heart begins to beat and her skin turns a vibrant blue in the Pacific Northwest, the Rummani family’s matriarch, Aunt Nuha, insists it’s no coincidence that their centuries-old soap factory in Palestine was destroyed that very same day. Decades later, that same girl returns to her aunt’s grave, questioning whether she should follow her heart — and the woman she loves — perpetuating her family’s cycle of exile or stay in the only place she’s ever known. The answer comes in the form of her aunt’s partially-translated journals, documenting Nuha’s choice to hide her sexuality during the family’s immigration to the U.S. Suddenly the story Betty thought she’d always known is a new one. How will knowing the full story help Betty redefine her own? 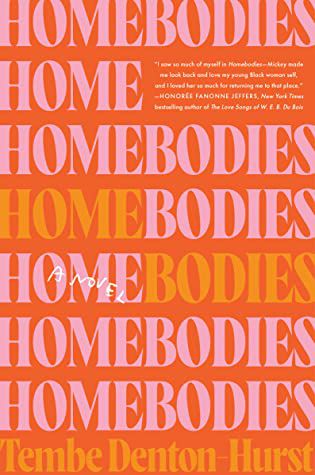 Homebodies by Tembe Denton-Hurst (May 2)

Mickey Hayward might not be living the life of her dreams, but it seems close enough for now, anyway. That is, until she finds out the flashy media job that always leaves her feeling depleted and demoralized is replacing her. So she fires off a furious response detailing all the racism and sexism she’s faced as a Black woman in media. And it’s met with silence. Stunned and heartbroken, she heads home to small town Maryland, where her old life and her former flame help her remember what enjoying life feels like. At least until a new media scandal catapults her forgotten letter back into the public — and this time people what to know what Mickey has to say. It’s exactly what she’s always wanted…isn’t it? 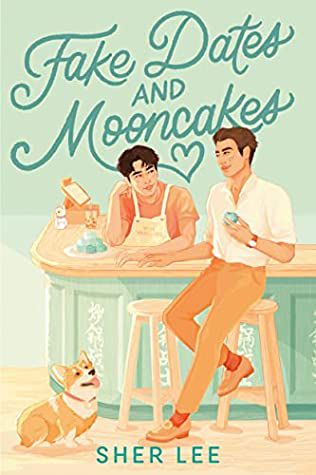 Fake Dates and Mooncakes by Sher Lee (May 16)

This YA romcom had me at “Heartstopper meets Crazy Rich Asians,” but goodness just keeps on coming. Not only does it feature a mooncake-making competition for teen chefs, but also fake dating and a “crazy rich” wedding in the Hamptons. All Dylan wants is to save his family’s struggling takeout business and honor his late mom by winning the Mid-Autumn Festival mooncake-making competition. He wasn’t expecting a cute, charming distraction like Theo Somers to walk into his life. And he definitely wasn’t expecting to fake date him. But can Dylan follow his heart and win the competition, too? Or will choosing one mean losing the other? 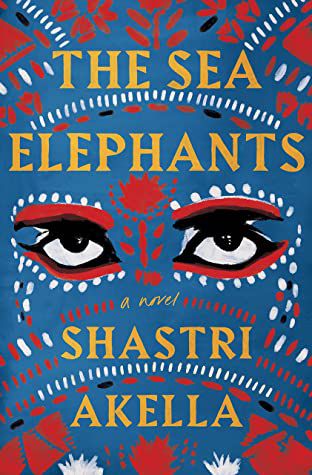 A young gay man in 1990s India flees the all-consuming guilt and grief that fills the house after his twin sister’s death by joining an all-boys boarding school. Most of all, though, he seeks to escape his father’s violent threats and promises to send him to a conversion center. It’s not until he joins a street theatre troupe, playing the role of humans and gods, men and women, that Shagun truly begins to feel like himself. But the trauma of the past hangs over him still, and in order to accept the love he has always longed for, he’ll have to finally accept himself for who he is and claim the happiness he deserves.

Even more LGBTQ new and recent releases to check out: