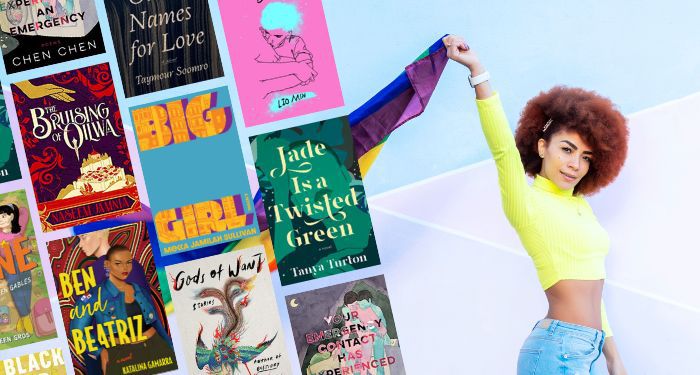 Every year, a ton of queer books come out during Pride Month. I lost track of how many it was this year, but a quick glance at my new release spreadsheet (yes, I have one) reminded me that there were 10 queer releases on June 7th alone that I’d either read or was planning to read. And that was just one release day, and just the books that interested me, one reader.

All of these new queer books are very exciting, but, news flash: queer people exist year round. The deluge of queer books in June sometimes feels a little bit like publishers appeasing us — like as long as they release a ton of LGBTQ+ books in June, they can ignore us the rest of the year.

No, no, no, no. Around here, we read queer all year. And, happily, there are tons of amazing queer books coming out this summer and fall, even if they haven’t all gotten the buzz they deserve. These are 20 of the ones I’m most excited about. Some I have already read and fallen head-over-heels for, and some are at the top of my TBR. A few are already out (July 12 was a big day for queer books!) and the rest are ready and waiting for your preorders and library holds.

As always when I make lists like this, I am amazed and delighted at the breadth of queer lit we’re being treated to right now. From poignant family dramas and middle grade retellings to fantasy adventures and environmental essays — there is truly something for everyone. 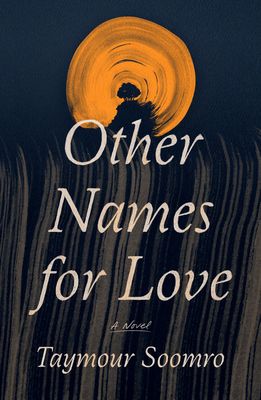 Other Names for Love by Taymour Soomro

This is a moving, complicated father-son story about the places that shape us and the people we can’t let go of. Sixteen-year-old Fahad has a life-changing summer on his father’s farm in rural Pakistan. Years later, he leaves his life in London and returns to Pakistan to help his parents through some financial uncertainty. Both Fahad and his father finally have to confront the events of that long ago summer and the indelible impact it had on their lives. 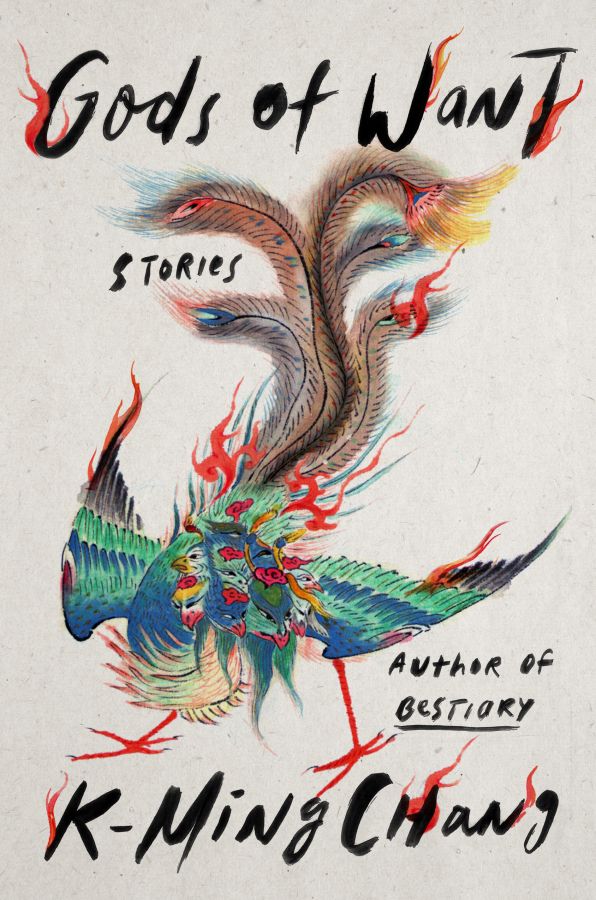 Gods of Want by K-Ming Chang

These strange, eerie, and beautiful stories about queer Asian American women are full of choruses of dead cousins, the wisdom of aunts, troublesome widows, and girls discovering their bodies. Chang’s prose is absolutely dazzling. Her words cast a spell that makes if feel like every story is a prose poem. 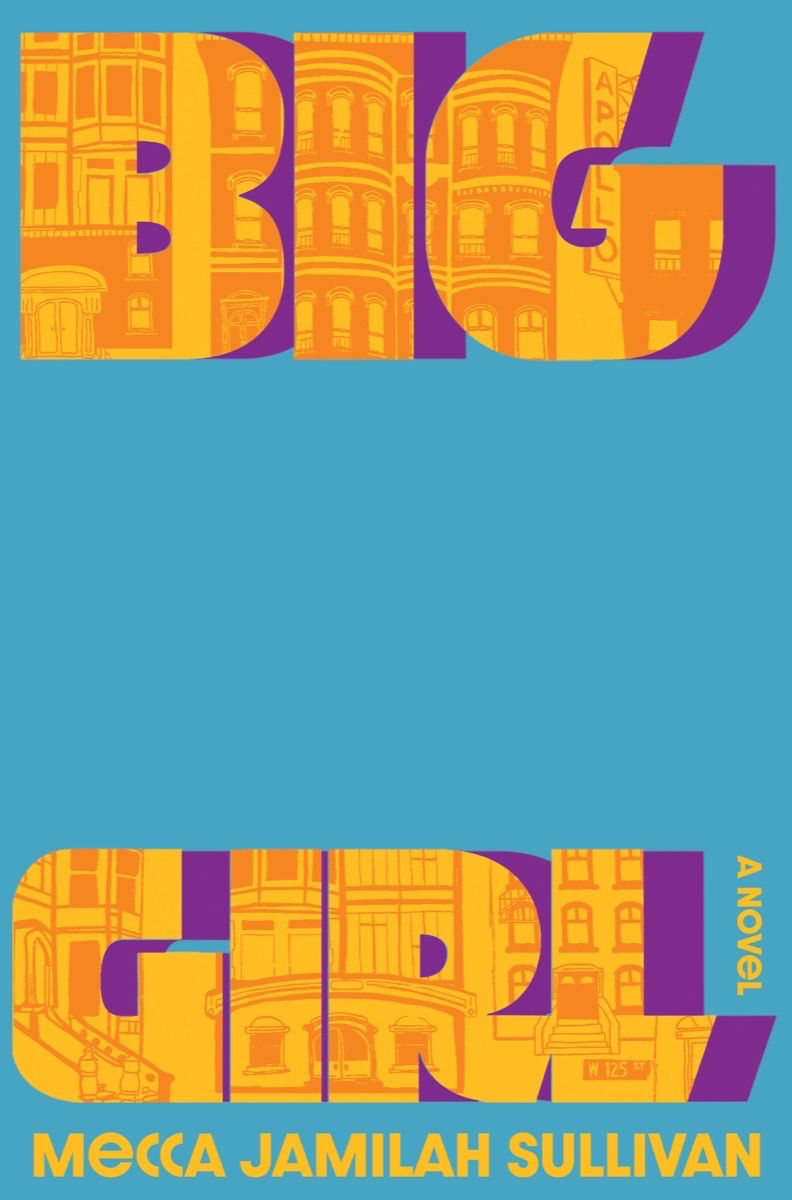 Malaya is a fat Black girl growing up in Harlem in the 1980s and 1990s. She can’t escape all the ways the world tries to make her smaller, telling her that her fatness and her Blackness and her girlness all make her somehow less than. It’s not until she faces her first real loss that she finally begins to find her voice and claim her own bigness. Though painful at times, it’s an ultimately hopeful coming-of-age story about Black girlhood, music, family, first love, and the liberation of taking up space. 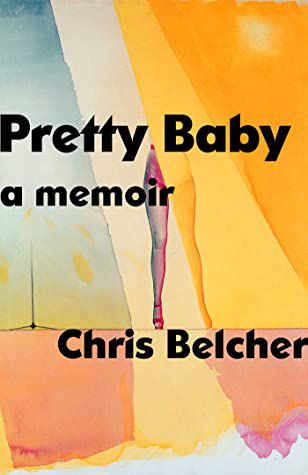 Growing up in a small Appalachian town, Chris Belcher was surrounded by normative beauty standards and spent her teenage years chasing conventional femininity. But her burgeoning queerness sent her across the country to L.A., where she enrolled in a PhD program and began working as a pro-domme. In this sharp and thoughtful memoir, she explores the violence and power behind male desire, and interrogates the ways that queerness can — and often does — interrupt it. 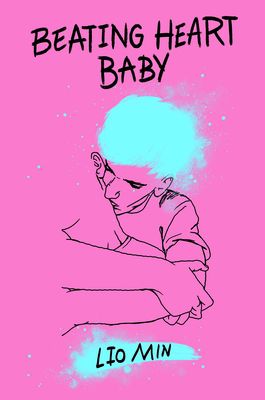 Queer friendship and found family in high school marching band! Enemies to friends to lovers! Music! Trans and queer AAPI characters falling in love! This charming, heartfelt YA romance has it all. Santi moves to L.A. hoping for a new start after the fallout of an accidental mistake caused the most important friendship in his life to dissolve. He meets fellow trumpeter Suwa at marching band camp, and despite a rocky start, the two eventually realize they have a lot more in common beyond their love of music. Get the tissues ready. 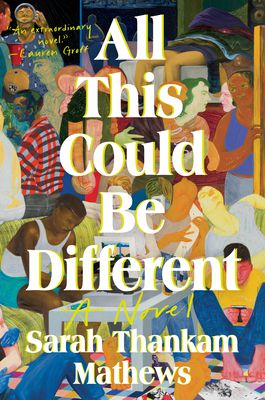 All This Could Be Different by Sarah Thankam Mathews (August 2)

I have loved or am excited about every book on this list, but I’ll be honest: every so often — maybe once or twice a year, if you’re lucky — a book comes along that just changes everything. This is that book for me. Sneha is a queer Indian American twentysomething struggling through life in Milwaukee in the midst of a tanked economy. There is too much life and depth in this novel to capture in a paragraph, but it’s mostly about friendship and work — two things that are rarely written about with such nuance and care. Go get your preorders on, this one is a masterpiece. 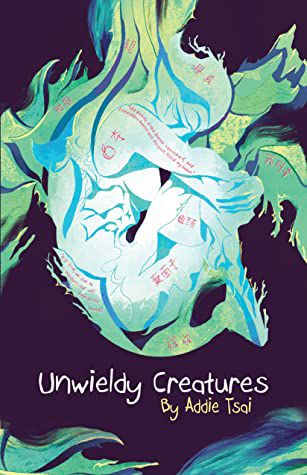 I loved Tsai’s debut, Dear Twin, so I was thrilled to discover they have a new book coming out this summer! When I learned that it’s a queer, biracial retelling of Frankenstein…I couldn’t hit that preorder button fast enough. Two queer scientists and the nonbinary creation one of them makes? Sign me up. 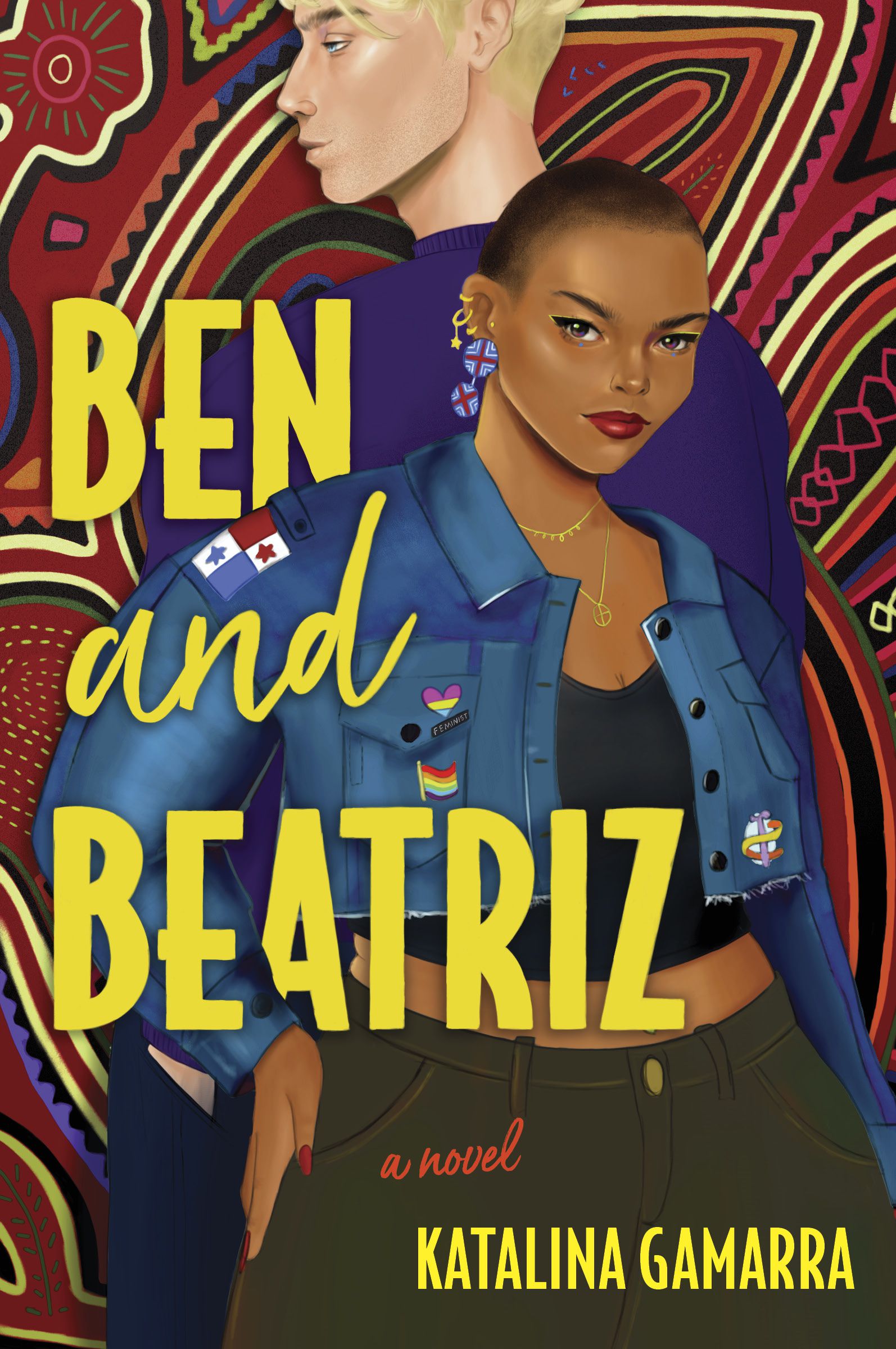 I don’t know what gods we’ve pleased in order to get so many incredible queer retellings this year, but I am not complaining. This retelling of Much Ado About Nothing stars Beatriz, a queer biracial woman who doesn’t take any nonsense, especially after the devastation of the 2016 election, and isn’t afraid to eviscerate anyone who comes for her or her family. Yeah, that’s all I need to know about this one. 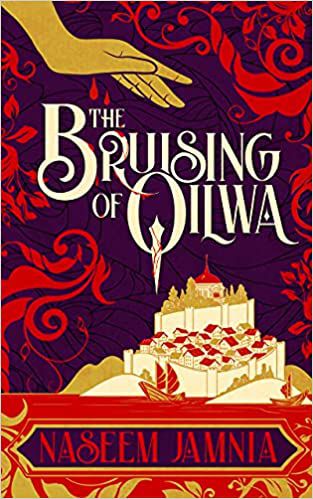 The Bruising of Qilwa by Naseem Jamnia (August 9)

I will never get enough of queernorm worlds, and this Persian-inspired fantasy novella sounds amazing. Firuz-e Jafari is nonbinary wielder of blood-magic who discovers a strange disease in their new home after fleeing from an oppressive regime that was murdering their people. What follows is moving story about imperialism, healing, family, and magic. 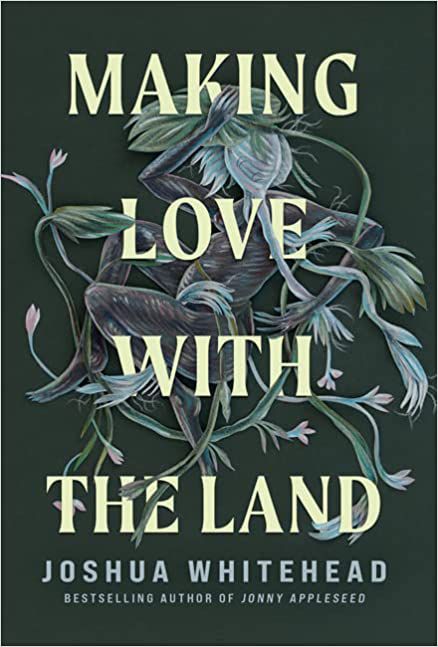 Making Love with the Land by Joshua Whitehead (August 23)

Joshua Whitehead has written poetry and contemporary fiction and edited an anthology of speculative fiction. Now’s he’s come out with a book of nonfiction. In this genre-defying collection of essays, musings, confessions, and memoirs, he explores the intimate and intricate connections between queerness, land, and Indigeneity. What will we do next? I can’t wait to find out (after I devour this book whole, of course). 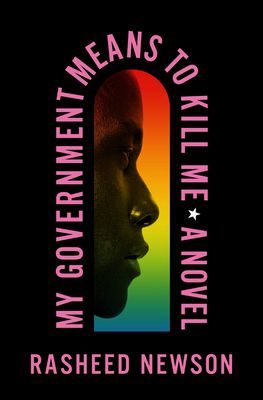 My Government Means to Kill Me by Rasheed Newson (August 23)

This coming-of-age novel details the personal, familial, and political adventures of Trey, a Black gay man making his way through 1980s New York. After fleeing the confines and expectations of his wealthy family in Indianapolis, he looks to New York as a new beginning — but he arrives in the midst of the AIDS crisis. Trey becomes involved in the very beginning of ACT UP, and many real people show up in this novel, from legendary civil rights activist Bayard Rustin to gay rights activist Larry Kramer. Newson’s attention to historical details gives this moving novel a sense of urgency and immediacy. 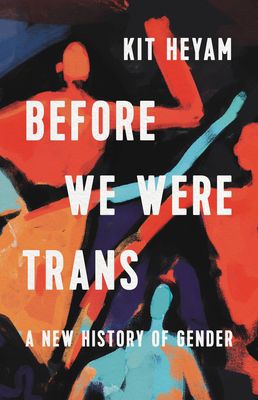 Before We Were Trans by Kit Heyam (September 13)

In this inclusive new history, trans historian and activist Kit Heyam offers a thoughtful, nuanced account of trans people throughout history, especially those whose lived experiences and gender identities have fallen outside the binary. From antiquity to the present day, and all over the world, there have always been people who defy easy gender categorization and reject binary norms. In telling their stories, Heyam illuminates hidden and important trans histories and invites readers to imagine new possibilities for the trans future. 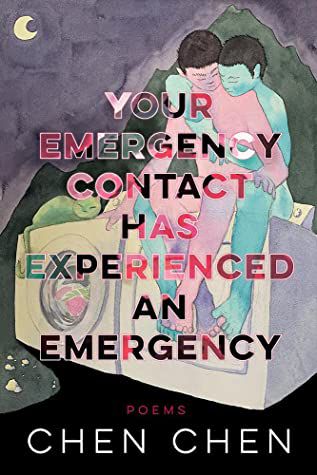 If you’re not following Chen Chen on Instagram, I am very sad for you. His beautiful words are helping me get through the days until his second poetry collection is released. I can’t think of any other poet working today who has so much fun with language, who fills their poems with so much glee and silliness and frivolity — all things we badly need. His second collection tackles found and blood family, queer Asian American identity, working and loving through the pandemic, and a whole lot more. I can’t wait to eat up these poems, which I’m sure will be both gentle and fierce.

I don’t usually pay much attention to comps, but when the publisher’s summary for this book mentioned both Ace and Belly of the Beast — two books that have radically changed the way I think about the intersections of desire, sex, racial capitalism, queerness, and embodiment — I knew I had to have it. Sherronda J. Brown offers an in-depth exploration of being Black and asexual, offering thoughtful, incisive commentary on everything from acephobia and racism to the many ways that ace and a-spec people are too often barred from queer spaces and identities. This is a book we badly need in the world. 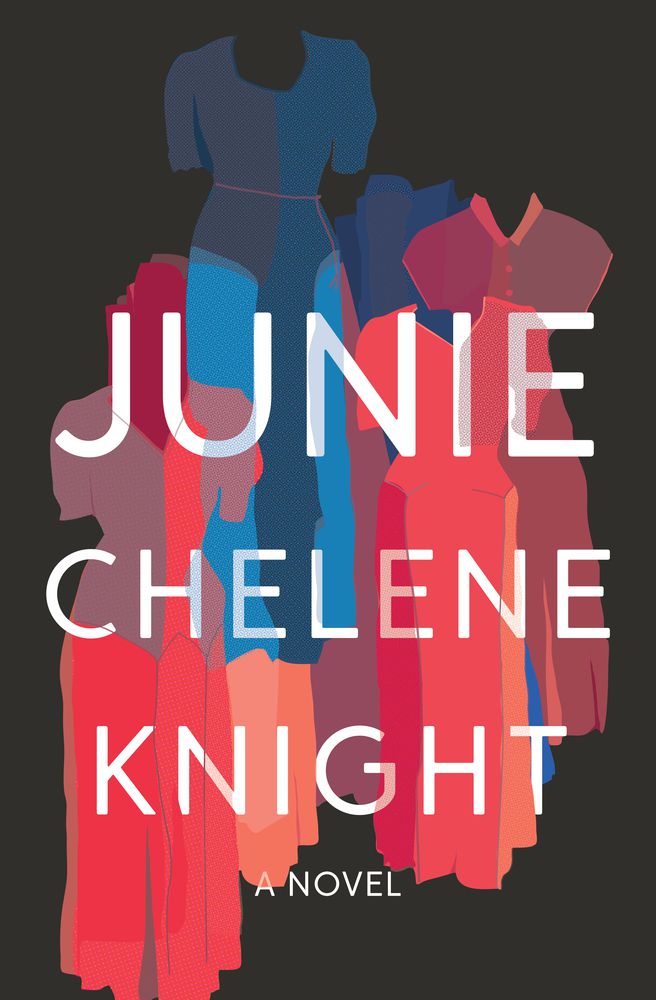 This book has two things I absolutely love in fiction: a messy mother-daughter relationship and a neighborhood that’s as vibrant as a character. Set in the 1930s in Hogan’s Alley, a thriving multicultural and immigrant neighborhood in Vancouver, it’s the story of two Black women: Junie, who longs for a life of artistic freedom, and her mother, a jazz singer struggling with alcoholism. Both of these characters, and the vibrant but changing community they belong to, come alive in this stirring novel. 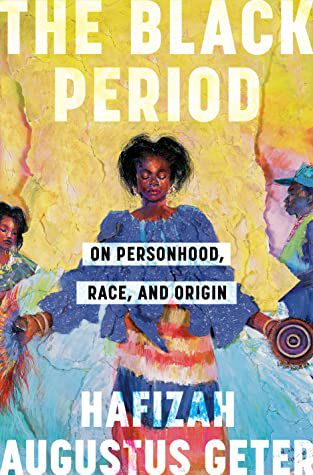 In a beautiful combination of personal memoir, cultural criticism, and visual art created by her father, Geter explores her lineage as a queer woman and the daughter of a Black American man and a Muslim Nigerian woman. As she tracks her family’s movements across Africa and North America, she delves into art and music, migration and activism, queer community and grief. 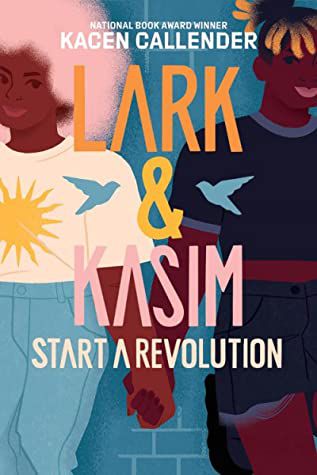 Kacen Callender has been an auto-buy author for me ever since I read Felix Ever After. Their latest YA novel is about what happens to two friends after an accidental Twitter thread about one of their crushes goes viral. Internet culture, trans, nonbinary, and neurodivergent characters, messy teenagers being messy, a little bit of romance…what more could you want? 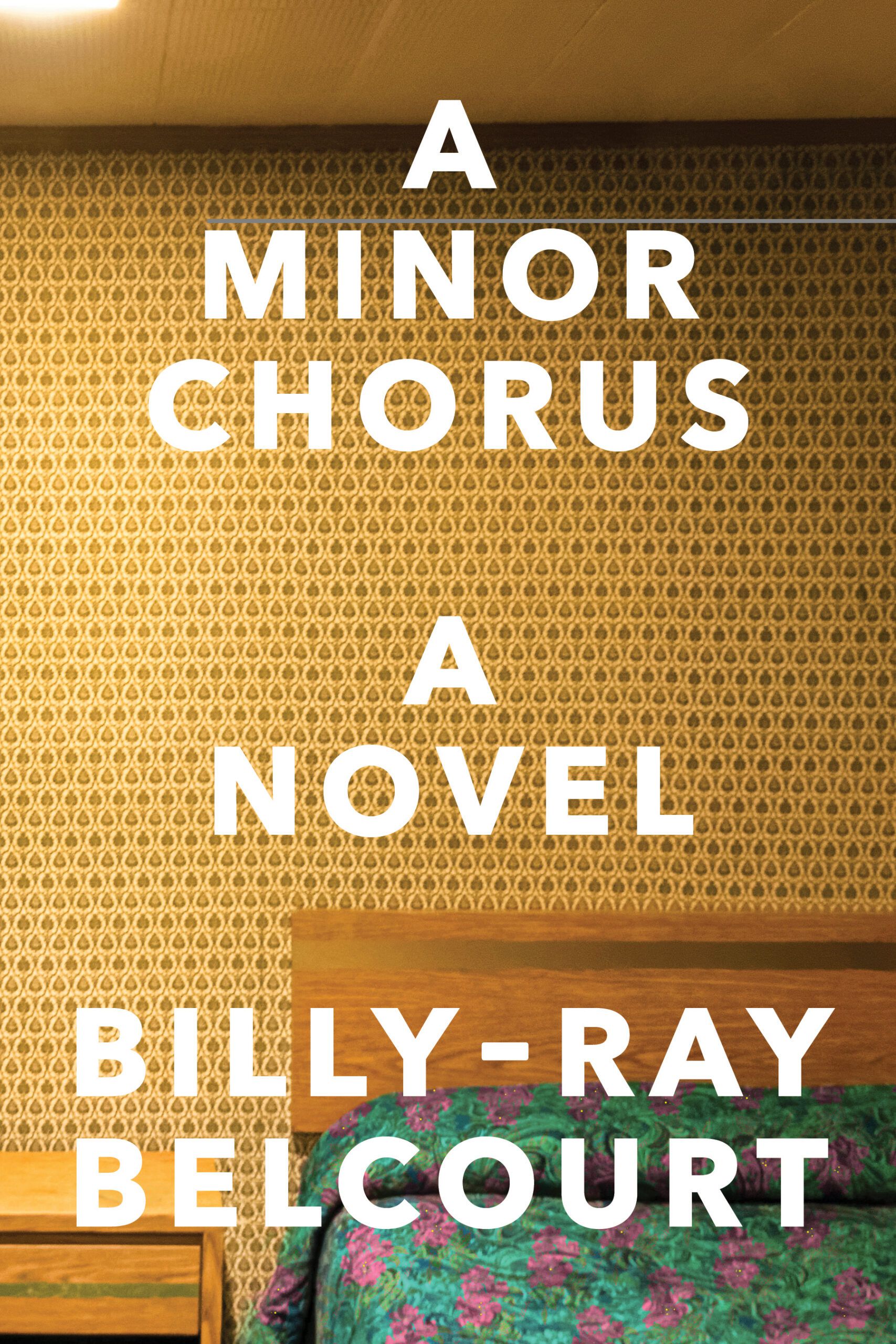 Poet Billy-Ray Belcourt’s first novel is, unsurprisingly, a genre-defying masterpiece. A queer Cree PhD student, exhausted and dismayed by the racism and settler colonialism inherent in the academy, abandons his dissertation and returns to his northern Alberta hometown to write a novel. This book is unlike anything else I’ve ever read: it’s academic and anti-academic, full of poetry, longing, theory, and philosophy. The unnamed narrator is unforgettable, his voice at once wry and playful and life-or-death serious. 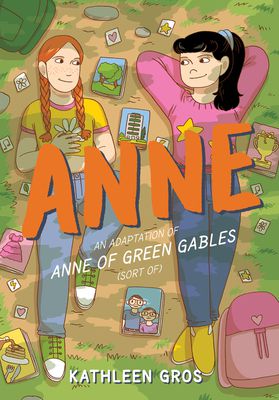 Were Anne and Diana ever in love? Obviously. “Bosom friend” means girlfriend, right? Fight me on it all you want, I will die on this hill. Anyway, I can’t wait to get my hands on this contemporary middle grade retelling of Anne of Green Gables. Anne has finally found a foster family she likes in the Cuthberts, and as she’s getting used to her new home, she finds a new best friend in Diana — who she does not exactly feel platonic about. 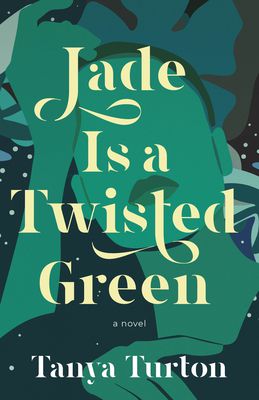 Jade is a Twisted Green by Tanya Turton (October 11)

Twentysomething Jade is a first generation Jamaican woman living in Toronto, grieving the sudden death of her twin sister and just trying to get through the day. She turns to friends, lovers, and ex-lovers to keep her busy, filling her days with hookups, love affairs, travel, and parties. As she navigates the ups and downs of life as a queer Black woman, she slowly begins to find her voice and her own place in the world.

While you’re waiting for your preorders to come in, why not catch up on these under-the-radar queer books from the first half of 2022?