The 1995 Andrew Davies adaptation of Pride and Prejudice for the BBC was an important part of my childhood. We sat down every week to watch the latest episode, my sister learnt how to play the theme tune on the piano and it sparked a Jane Austen reading spurt for me that left me with a lifelong affection for her writing.

However, when it comes to comic book adaptations of Jane Austen’s books there are some real visual treats out there. The characterization of these well-loved characters is often spot-on, and the witty and arch banter of Austen’s characters is suited to the comic book form. None of them are as good as the originals, but they make a better attempt than many of the other adaptations that are out there. (Honourable mention must go to Reiko Mochizuki’s Manga adaptations, which look beautiful, but I couldn’t see them in translation).

Here are a few of the Jane Austen comic book adaptations out there for you to try: 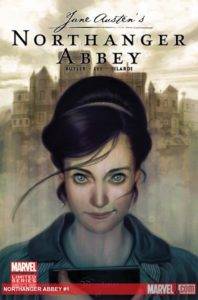 I love the artist on this and Northanger Abbey is one of my favourite Austen books so this was a surefire hit for me. I particularly love the cover art on these issues. 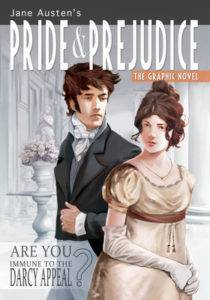 Pride and Prejudice by Laurence Sach and Rajesh Nagulakonda 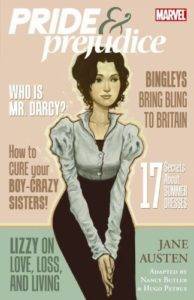 Pride and Prejudice by Nancy Butler and Hugo Petrus

Marvel Comics’ adaptation of Pride and Prejudice was the first in this popular series and is well worth a look. I love the way in which the cover apes the front of modern magazines. 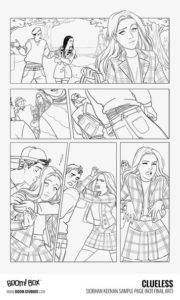 This is cheating a little bit as this comic is yet to be released. But when it is I know it is going to be A.W.E.S.O.M.E.

I have saved the best for last. Kate Beaton’s Jane Austen is perfect. Misunderstood by her family and contemporaries, as Austen’s attempts to write being are foiled by others Beaton perfectly realises the grumpiest of facial expressions from Austen. Best comic is best. 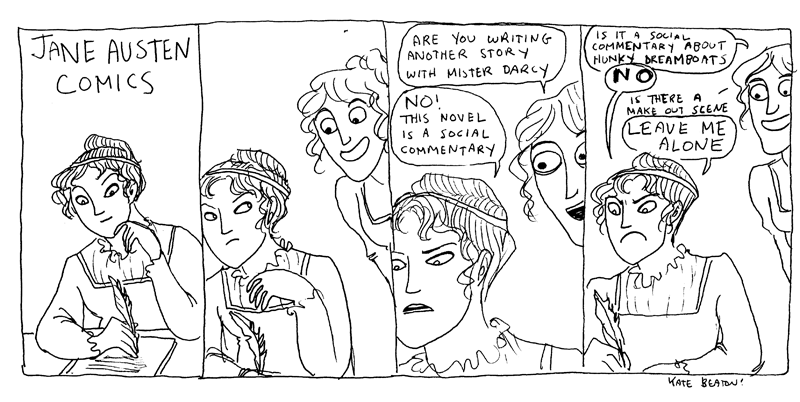