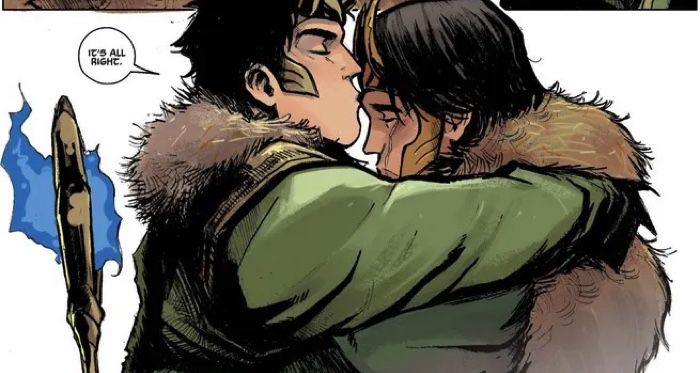 Meeting your doppelgänger would be disconcerting enough. Imagine if the dopperlgänger took one look at you and decided to kill you! This is a surprisingly common dilemma in the superhero community.

Well, maybe it’s not so surprising after all. With cloning, shapeshifters, magic, parallel earths, and strange dimensions all a fact of life in the world of superheroes, it would be more shocking if doppelgängers weren’t crawling out of the intergalactic woodwork to kick each other’s butts. As such, superheroes have developed various ways of dealing with their treacherous twins. We’ll start with the most obvious solution…

In a now-infamous 2017 storyline, Captain America was “revealed” to have been a secret, brainwashed HYDRA agent this whole time — in other words, a Nazi. But no, this wasn’t the Steve Rogers we all know and love: it was another Steve Rogers from another universe.

A clash between HYDRA Cap and Real Cap was inevitable. It came at the end of Secret Empire, when Real Cap, empowered by Thor’s hammer just to prove how worthy and un-fascist-like he is, gave HYDRA Cap the beating he so richly deserved. It was beautiful. Now let us never speak of this again.

Use the Power of Heart

This is a bit of a cheat: Dark Angel did not want her counterpart — Donna Troy, better known as Wonder Girl — dead. All she wanted to do was force Donna to live through hundreds of lifetimes of abuse and tragedy as revenge on Queen Hippolyta, who had imprisoned Dark Angel decades earlier. Totally different!

Exactly why Dark Angel thought tormenting Donna would upset Hippolyta is a long and tangled story that we don’t have time to unpack right now, so let’s skip to the end: Wonder Woman #135. Donna’s inhumanly long suffering served to purify her soul, allowing her to destroy the evil Dark Angel with a mere touch. I’m not sure I like the idea of suffering as self-improvement, but there you go.

After a mishap with Doctor Doom’s time machine in Avengers Annual #2, the Avengers ended up in an alternate timeline. There, they encountered versions of themselves who had been tricked into believing that the only way to secure peace was to destroy all other superbeings, whether they be heroes or villains — or their other selves. (It was disturbingly easy to trick them into this.)

After a whole lot of fighting, the real Avengers learned that this convoluted scheme was set up by one of Kang the Conqueror’s many, many alternate identities. And then they all had their memories erased by the Watcher for some reason. The end!

Let Someone Else Deal with It

In Superman/Batman‘s “Public Enemies” storyline, a Superman from the future nearly killed our titular heroes in a very misguided attempt to stop a disaster that destroys the world, leaving Supes as the guilt-ridden sole survivor. Why future Superman couldn’t calmly explain what happened and how to prevent it, I’m not sure, but anyway. He disappears before he can say or do anything useful.

In the present day, Superman and Batman tried to figure out what “mistake” they make that will cause Old Supes to go ballistic. In the end, it was Captain Atom, who had been working against them the whole time, who solved the riddle. He sacrificed himself so that the Earth can live and Superman can avoid becoming an angry grandpa.

When Loki made a rare, genuine attempt to turn over a new leaf in Loki: Agent of Asgard, he encountered stiff opposition — including from himself. Loki of the future still wanted to be king of everything, an ambition diametrically opposed to his younger self’s wish to reform.

After much trouble, Present Loki came to understand that Future Loki was, deep down, still the frustrated godling who never got the acceptance he needed. By giving him that acceptance, the new Loki was able to grant “himself” peace and neutralize the threat. And who could have guessed that Loki would have the kindest solution to a murderous alter-ego?