The retcon—retroactive continuity—has been shaping comic book history for decades. Sometimes, the change is big and splashy, like when Winter Soldier revealed that the late, lamented Bucky Barnes had been alive and chillin’ in Russia all these years. Other times, it slips in quietly, like when Superman suddenly gained a family in the Kents, replacing Action Comics #1‘s assertion that he grew up in an orphanage.

And then there are times when a retcon changes something so fundamental about a superhero that it permanently affects the way readers view them—and not for the better. Even comics published before the retcon are tainted by the knowledge that the hero was skulking around being a jerkweed behind the scenes. That stinks for the fans, but what if you are the suddenly amoral hero in question? Historically, you have several options, such as…

You could argue that Tony Stark was a scumbag from day one, what with the whole arms dealing thing. Maybe that’s why he’s been retconned into a villain not once, but twice. First, in The Crossing, Iron Man was revealed to have been under Kang the Conqueror’s control since the early days of the Avengers. He killed several of his teammates before sacrificing himself to stop Kang. Fortunately, that story sucked, and its effects have long since been undone.

Civil War also sucked, but its impact is still reverberating around the Marvel multiverse. As a proponent of the Superhero Registration Act, Tony created a clone of Thor to keep those anti-reg rebels in line. He grew the clone from DNA that he stole off Thor when the Avengers first formed. Why did he do this? Boredom? Curiosity? Because it was there? Your guess is as good as mine.

The post–Civil War bad blood was mitigated when Tony deleted huge chunks of his own memory to prevent Norman Osborn from learning the true identities of many heroes. This also erased his memories of the Civil War and led to Osborn beating the transistors out of him, smoothing the path for Iron Man’s reintegration into the Avengers.

Identity Crisis is the uplifting story about how you can’t trust anyone, ever. Among its many questionable revelations was that the Justice League—specifically, Green Lantern, Green Arrow, Hawkman, the Atom, Black Canary, the Flash, and Zatanna—employed Zatanna’s magic to mindwipe any supervillain who discovered their secret identities. Apparently, this happened a lot.

Not everyone in the League was in on the scheme. Superman and Batman were both in the dark, although it’s strongly implied Supes knew what was up and let it slide, which, ha, no. And when Batman found out and tried to stop them? They mindwiped him too.

Everyone looks bad in this story. Even the villains look bad, and not in a cool, villain-y way. But the mindwiping business left a sour taste in everyone’s mouths—especially Batman’s, once he figured it out—for years afterward. Well, everyone except Green Arrow, who took the bold stance that mucking about in people’s brains for your own convenience is okay, actually.

Hope Your White Friend Can Fix Things For You

As the Falcon, Sam Wilson was one of Marvel’s first black superheroes. He had no special powers and no tragic origin story. He was just a good man determined to help the world however he could. Gee, I sure hope no one smothers this perfectly lovely origin with stereotypical nonsense.

Enter Captain America #186, origin smotherer. Here, we learn that Falcon’s heroic persona came from Red Skull, who gave him a personality overhaul via Cosmic Cube as part of a plot to destroy Captain America. Before that, Sam was known as “Snap” Wilson, an up-and-coming mobster. Cap punched Falcon until his heroic self took over again, but that doesn’t change the fact that he only became a hero in the first place because a Nazi made him.

Still, this hasn’t affected Falcon’s career much. He’s been a hero for decades, even wielding Captain America’s shield a time or two. But as far as I know, this story is still canon. Boo.

Maxwell Lord wasn’t an actual superhero. Unlike other rich comic book characters, he did his good deeds from behind a desk, founding Justice League International and occasionally deploying his mild mind control powers to their advantage. He wasn’t perfect, but he certainly wasn’t the type of guy to, say, betray his friends and shoot one of them in the head. Until 2005.

Infinite Crisis revealed Maxwell had spent his entire career with JLI spying on and sabotaging them. When Blue Beetle caught on to Max’s duplicity, Max killed him. He then used his abruptly inflated mind control powers to wreak havoc until Wonder Woman snapped (his neck).

Maybe it’s because he’s not an A-list character, but Maxwell Lord’s reputation has never recovered. His years of cranky servitude were completely overshadowed by this one storyline. He’s a certified baddie now, even appearing as such in early episodes of Supergirl.

Hit Yourself in the Face 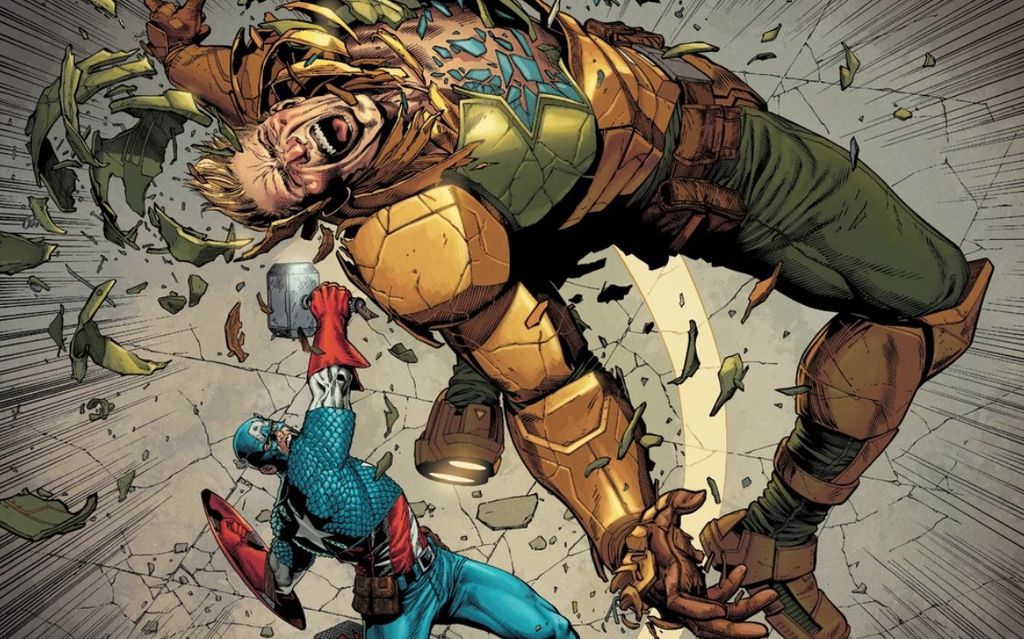 Steve Rogers, as I have discussed before, was created to fight Nazis. So needless to say, Marvel’s announcement that their freedom-loving, fascist-hating icon had been a secret fascist from day one went over about as well as asking Lex Luthor if you can borrow a comb.

According to Captain America: Steve Rogers #1, Hydra indoctrinated young Steve-o before he ever touched the super soldier serum. That’s right: every anti-fascist adventure Cap ever had—every time he took down a racist or punched a dictator or spoke so eloquently about standing up for human rights—was now ruined by the fact that he was a sleeper agent for the fascists the entire time. Enjoy!

Unlike the other examples in this article, Hydra Cap was revealed to be a fake pretty quick. Despite the geniuses behind this storyline claiming that this was TOTALLY REAL, WE SWEAR, it turned out Hydra Cap was an alternate universe version of Steve the whole time. He was beat up by the real Steve and forgotten. Given the fates of Maxwell Lord and even Tony Stark, Steve can consider himself lucky.

So Your Family Was Erased From Reality