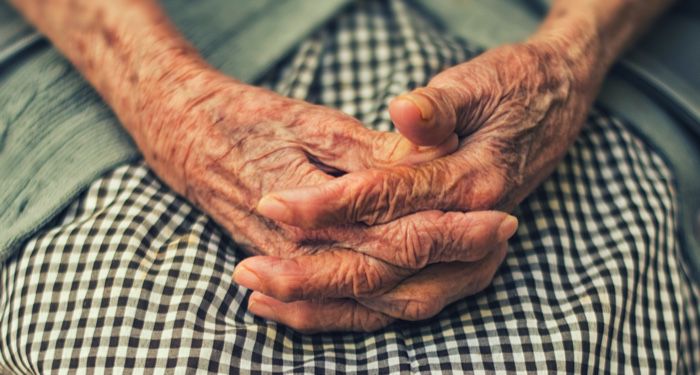 Superheroism is a young person’s game. Granted, there are several loopholes to that rule: characters like Wonder Woman, Wildcat, and Wolverine are way older than they look, but they remain eternally young through supernatural means. The point is, there aren’t too many superheroes out there with wrinkles and liver spots.

And yet, the world of superheroes is a world of magic, alien technology, time-warping villains, and weird science. Sometimes, one or more of these things results in age regression, and sometimes it causes just the opposite. Each hero deals with their sudden AARP eligibility in different ways — like the following, for instance.

Let’s get the depressing one out of the way first. In DC’s Zero Hour event, a supervillain named Extant gained the power to manipulate time. Among the many heroes who confronted him were the Justice Society of America, who were founded during World War II. Some were supernatural entities, but others had been kept young through other means.

Extant removed this artifice, causing much of the JSA to age rapidly. Some, like poor Hourman pictured above, dropped dead immediately. Others survived, decided they were no longer of any use in a fight, and quit. Obviously, the JSA are back now: comics being comics, Zero Hour has been retconned right out.

Retire (But Not Really)

Here’s another example that’s less about aging and more about a character’s real age catching up to them. A fun fellow going by the name of Iron Nail zapped all of Captain America’s super soldier serum, leaving Steve just like any other 90-year-old. Almost.

Old age couldn’t erase Steve’s unquenchable thirst for justice, and he wasn’t about to shuffle off to the Old Superheroes’ Home. He even ended up leading a team of new Avengers. More famously, however, he turned over his shield to long-time friend and ally Falcon, who thus became the first Black man to be Captain America.

In The Flash #157, the Top got real sick of the Flash constantly barging in and ruining his evil schemes. He acquired some aging serum and threw it at the Flash, hoping that that would spell the end for his hated nemesis.

Instead, the Flash avoided the serum by vibrating so quickly that it didn’t do any permanent harm. After that, all the Flash had to do was slap on some old age make-up to fool the Top into thinking his plan had worked and wait until an acceptable number of shenanigans had occurred to reveal the truth.

Do What You Always Do: Nothing

Oh, Ant-Man. Your early adventures are so unflattering. In Tales to Astonish #43, a disgruntled scientist invented an aging ray and shot Ant-Man with it. Ant-Man, despite claiming to be old and feeble, was able to easily escape the flowerpot that the scientist stashed him in. He then directed his ants to help save the day.

So, basically, it was just another day in the life of Hank Pym. It doesn’t say a whole lot about a character when you can age him 50 years and change almost nothing about the plot. There’s even a scene where Ant-Man daydreams about how much cooler he would be if he could control elephants instead of ants. Even the comic itself doesn’t like him!

While interviewing a scientist as Clark Kent, Superman ingested a special vitamin mix that accidentally turned him into an old man overnight. Fortunately, according to the scientist, this side effect would only last three days.

But three days is more than enough time for Metropolis to get itself in a whole heap of trouble. Instead of despairing, Supes put his wizened appearance to good use, posing as Father Time and other mythical characters to scare criminals into surrendering. Despite the goofy Silver Age-ness of it all, I love how Superman, unlike most others who were abruptly eligible for senior discounts, actively turned a setback into an advantage.