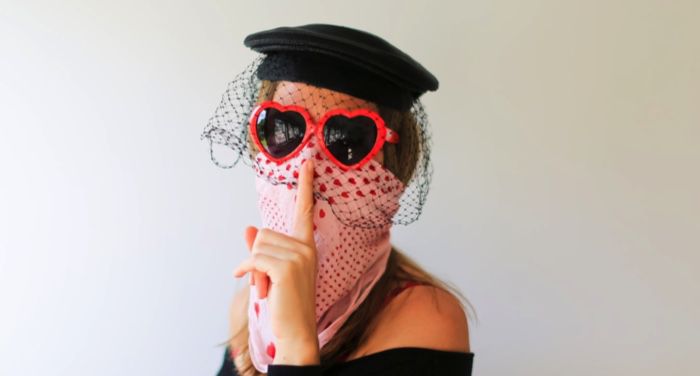 Or it would, if I were running things. In practice, the results are pretty gloomy. Secret identity shenanigans are usually employed only to facilitate tragic romances, which lead to the following, often dubious outcomes.

Have a Family (Accidentally)

Before he was retconned as gay Alan Scott, the first Green Lantern, was briefly married to a woman named Alyx Florin, who died on their honeymoon. Except no, she didn’t. And her name wasn’t Alyx Florin, either. Alyx was a pseudonym for Rose Canton, who in turn possessed an evil alternate personality called the Thorn (and truly terrifying proportions, if that cover art is any indication).

Poor Alan Scott wouldn’t figure this out for a while. Nor did he realize that Rose was pregnant with his twins at the time of her alleged death, OR that she gave the twins away for adoption to protect them from Thorn. Those twins, Jennie-Lynn and Todd, ultimately took after their father and became the superheroes Jade and Obsidian. Finally, they’re all together! Not Rose, though. She’s dead. For real this time.

Iron Man has had some horrible girlfriends. One drove him off the wagon on purpose, and another shot him. Surprisingly, neither of those were the supervillain he dated: Whitney Frost, a crime boss later known as Madame Masque.

Whitney first tangled with Iron Man during her repeated (and failed) attempts to steal Stark Industries secrets. This ultimately resulted in her disfigurement, and she retreated behind the name and disguise of Madame Masque. Tony fell in love with her not long after, and the feeling was mutual, leading them into an on-again/off-again relationship. But Whitney’s love for another man—and, y’know, the fact that she was an international mob boss—got between them too many times.

I don’t know what it is with Green Lanterns dating women with evil alter-egos, but here we go again. Carol Ferris was Hal Jordan’s boss turned girlfriend. She spent years being intermittently possessed by the Star Sapphire, a magical gem that gave her superpowers and an entirely reasonable dislike for Hal.

Somehow, Star Sapphire is not the only evil personality Carol had. She later developed another identity, Predator, whose name is appropriate for reasons we’re not getting into right now. When Predator split from Carol and became his own person, Carol dated him (dated herself?) until Hal defeated him. And then it turned out Predator was actually some kind of giant space bug? Look, it’s really confusing and gross, so I’m skipping to the next entry. Just don’t date Carol until she gets some better writers, okay?

Hawkeye (the original, not the cool one) first donned his purple duds in hopes of becoming a hero. But after being mistaken for a jewel thief, he fell in with a bad crowd, including the queen of Soviet spydom herself, the Black Widow.

As they tried and failed to defeat Iron Man together, Hawkeye grew very fond of his communist crush. He was devastated when she was recalled to the Soviet Union, and devastated again when she returned with orders to destroy the Avengers. But, partially thanks to Hawkeye’s unwavering love for her, the Black Widow defected and resolved to become a hero. Ironically, this drove a wedge between them, as Black Widow was too busy proving her good guy cred by going on S.H.I.E.L.D. missions to maintain a relationship with Hawkeye.

Alas, there are times when not even the love of a good hero can redeem a determined villain. The doomed romance between Beast Boy (then known as Changeling) and Terra, as related in The Judas Contract, is perhaps DC’s most notorious example of the trope.

When Terra joined the Teen Titans, she presented herself as a scared kid forced into villainy by terrorists. She settled quickly into the hero’s life and even started dating Beast Boy, the team goofball. But it was all a cover to hide her association with the villainous Deathstroke, who had employed her as a fifth columnist to destroy the team. Despite Beast Boy’s faith in her inherent (nonexistent) goodness, Terra’s rage got the better of her. She inadvertently killed herself, leaving him heartbroken.