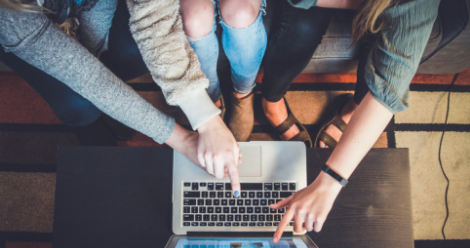 There are things so widely known and accepted that it seems like a waste of time to reiterate them. The Earth is round. The sky is blue. Plagiarism is wrong. There are always, however, people willing to dispute these very, very simple facts. Or, in the last case, people who simply don’t care one way or another.

Yesterday evening, bestselling author of historical romance Courtney Milan said on Twitter that she was going to “name-and-shame” someone later. She followed up this announcement with a blog post titled “Cristiane Serruya is a copyright infringer, a plagiarist, and an idiot”, where she compared fragments from her novel The Duchess War with Brazilian author Cristiane Serruya’s Royal Love. Serruya had lifted entire passages from Milan’s book and dropped them into hers.

This comparison shot will give you a small example of what I mean by "plagiarism." It's pretty blatant. pic.twitter.com/tmkMnMocB1

Look, Milan put it best: if you’re willing to throw all your ethics out the window, then maybe don’t involve a person with a law degree who clerked for the Supreme Court? And who happens to be an expert on intellectual property?

Then again, maybe she can’t be faulted for thinking that lawyers could conceivably be stupid. Apparently, she is a lawyer herself!

A little tip: just because you seem to be terrible at your job, it doesn’t mean that others will be too. And the romance writing community is packed with lawyers, practicing or not. So if ethics and morals aren’t enough for you, then at least do the right thing from a sense of self-preservation?

Other authors and readers, per Milan’s advice, looked into the book to make sure Serruya had not stolen even more writers’ intellectual property. Boy howdy, the results…

So ROYAL LOVE "by" @CrisSerruya also plagiarizes A WEEK TO BE WICKED by…oh, yes. Me. Normally I'd be excited to be in any group with @courtneymilan @bellaandre and Lynne Graham, but not this one. I bet the club will keep growing, too. We need to hashtag this nonsense. Ideas? pic.twitter.com/16dsvnkYaQ

But poor Lynne Graham really got the worst of it from @CrisSerruya #CopyPasteCris (in this book). The book is just one plagiarized bit after another. @HarlequinBooks pic.twitter.com/XPZ5JjcCqw

But wait, do you think she drew the line at the blatant theft of fiction writing?

Who the fuck copy/pastes recipe ramblings into their book??? This is like, WEIRDER THAN THE FERRETS. #CopyPasteCris https://t.co/8HGafy9wXA

The Internet being what it is, the perfect hashtag was born.

So @mostlybree suggests the hashtag #CopyPasteCris. Checks out.

Eventually, of course, Serruya had to acknowledge the evidence. Wouldn’t you know, it’s her mean ghostwriter’s fault!

Let’s put sarcasm aside for a moment: this is still entirely Cristiane Serruya’s fault. Ghostwriter or not, it was still her responsibility to read the book she was passing off as her own. I have a hard time believing that anyone would acquire a book, slap their name onto it, and then release it into the world without doing at least a cursory reading of it. If she read it, she had to know about some of the plagiarism, and she didn’t care. If she didn’t even read it, she should probably return her law degree, because good lord she has learned nothing. Either way, it’s a staggeringly bad look.

But wait, the plot thickens. Not only was this hodgepodge of a book submitted to the RITA contest, but Serruya was also judging some categories.

Additionally, all books being judged by this author are being reassigned. https://t.co/9owDj7L6Vn

Let’s recap, shall we?

Theft of intellectual property may seem relatively harmless. It is not. All the authors whose work Serruya stole labored over their stories, creating entire worlds out of thin air. They took no shortcuts: time, effort, and tears were poured into their books…only for this person to decide that she wanted the benefits without the work.

There is, however, a silver lining for one person here! Faleena Hopkins is no longer the most despised resident of Romancelandia. Scary thought, that.