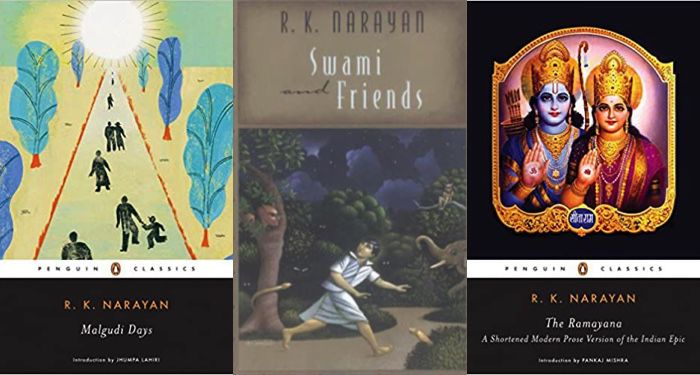 Who is RK Narayan?

Rasipuram Krishnaswami Iyer Narayanaswami, or RK Narayan, was an Indian writer born in 1906 in Madras (modern-day Chennai), Tamil Nadu, to a Hindu family. Even as a child, he was an avid reader and absorbed literary works of Dickens, Doyle, and Hardy.

He fell in love and married in 1933. Not long after, he got a job as a reporter at a paper in Madras called The Justice, which as the names suggests, advocated justice for non-Brahmin Indians. He had sent his manuscript of Swami and Friends to a friend in Oxford, England, who in turn showed it to none other than Graham Greene. It was Greene who showed Narayan’s manuscript to his publisher and provided mentorship to get the novel ready for an English-speaking readership.

Thus began Narayan’s long writing career, which spanned over 60 years, winning him many accolades such the the Sahitya Akademi Fellowship, the highest honor of India’s national academy of letters, and the the AC Benson Medal from the Royal Society of Literature.

What did he write about?

RK Narayan was especially known for his stories set in a fictional South Indian town called Malgudi, which made him a trailblazer of Indian literature written in English. Through Malgudi (and his other stories), RK Narayan displayed everyday Indian life, which often described the juxtapositions between modernization and ancient traditions.

In doing so, he showed the world what life was like in India and the culture and sensibilities of its people. This was important because thanks to the British Raj, the popular portrayals of India were created by its colonizers rather than its people.

I personally have strong opinions about overrated books like EM Forster’s A Passage to India. Suffice to say though, it is a far cry from accurate because the colonizers are prioritized. Narayan, however, prioritized Indians.

His writing style is elegant and simple. However, don’t be surprised if you come across his humor and sharp observations.

Which books should I start with?

Individual preferences vary, but here are three books to get you started.

Note: Most of Narayan’s most famous books take place in the fictional town of Malgudi. I’ve included two on this list that are set in Malgudi, while the other novel touches on a different aspect of his writing. 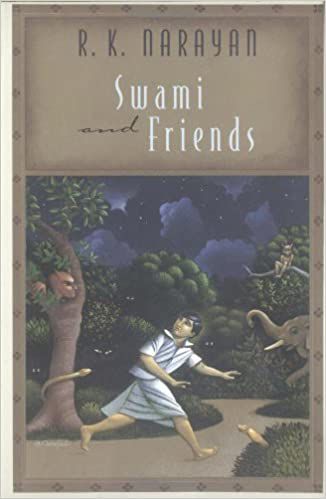 I’m beginning with Swami and Friends because it’s the first of Narayan’s novels and the introduction to the aforementioned town of Malgudi. The book is the first in a semi-autobiographical trilogy that also includes The Bachelor of Arts and The English Teacher.

The story follows young Swami as he attends classes at Albert Mission School and faces off with Mr. Ebenezar, a scripture teacher and Christian fanatic, who maligns Hindus. Within the first couple pages, Swami has inflamed Mr. Ebenezar to where the teacher tries to twist off the young boy’s ear. The story takes off from there, and Narayan touches on critical themes such as access to education, religious diversity, and relationships.

In 2019, the novel appeared on BBC’s list of 100 “most inspiring” novels and for good reason. Swami and Friends introduced a generation of readers to Indian life. 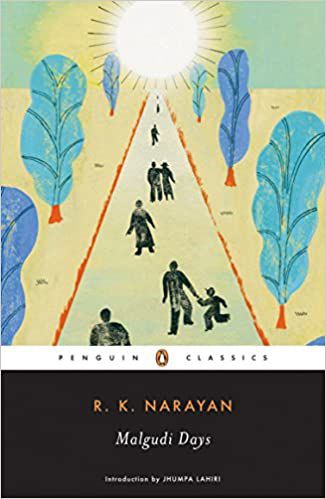 Coming back to Malgudi, the aptly named Malgudi Days is a collection of short stories that were written over a 40-year period. Each story features a powerful portrait of people living in Malgudi. Narayan is unique in that he portrays a diverse cast of characters, from businessmen to beggars. Some fascinating characters include an astrologer in “An Astrologer’s Day” and a stray dog in “The Blind Dog.”

Take it from Jhumpa Lahiri, who describes Narayan’s short stories as “captivating” and notes that he somehow manages to capture a tale in a short story that would take any other writer an entire novel to do so. For his part, VS Naipul admired how Narayan “put his people on display.”

Finish Off With a Hindu Epic 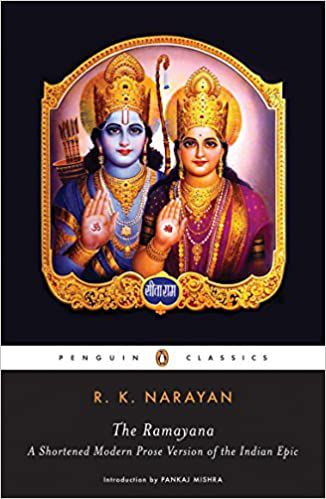 The Ramayana: A Shortened Modern Prose Version of the Indian Epic

The Ramayana is a shortened, prose adaptation of Kamba Ramayanam, a Tamil epic, that was based on Valmiki’s Ramayana, an ancient Sanskrit epic. Narayan’s adaptation was first published in 1972, but the idea was planted in 1938 when Narayan’s dying uncle made his nephew promise to translate Kamba Ramayana to English.

Although the story is not a Narayan original, as with all translations, Narayan adds his own touch to the ancient tale, and the book itself is an excellent gateway into one of the fundamental stories of Hinduism and a cornerstone of Indian culture.

To discover even more Indian literature, check out these must-read Indian history books and this starter kit for Indian writing in English.