“What if I punched that person in the face yesterday and I’m just blocking the memory out?”

This is the kind of thought I regularly have, and that I can spend hours turning over and over in my head, checking and rechecking my memories of conversations and events to make sure that I hadn’t actually done the socially unacceptable things that my brain kept whispering might have happened. For a long time, I thought I just had an overactive imagination. Then I thought it was part of my Generalised Anxiety Disorder. It’s only very recently that my tendency towards thoughts like this was explained, with my diagnosis of OCD. 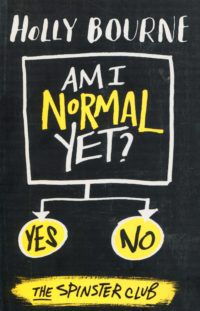 I consider myself an OCD newbie. I’ve had my diagnosis for less than a year, and I’m only a couple of months into treatment (CBT appointments by phone, thanks to the awesome charity Mind). One of the things that delayed my diagnosis was that my OCD didn’t present in anything like the portrayals of OCD characters I’d read in books – the few that I’d encountered, anyway. Up until recently, the only characters with OCD that I’d read were the heroine’s “mad”, barely-tolerated mother in Marika Cobbold’s Guppies for Tea, and Evie, the protagonist of Holly Bourne’s excellent Am I Normal Yet?

The former, as far as I remember (it was a long time ago, and perhaps I’m being unfair), is a rather upsetting portrayal of an OCD mother as an irritating burden to her daughter; the latter is an awesome, well-written character who is a badass feminist activist, film expert and loyal friend in addition to having OCD. In both cases, however, their OCD manifests in the same way – a strong focus on cleanliness, tidiness, hygiene and hand washing. Am I Normal Yet? acknowledges that this is just one way OCD can present, in a scene where Evie vents angrily about her frustration that she has some of the most well-known – and therefore most stereotyped – manifestations of her illness. I definitely think that Evie is an important example of OCD rep in fiction, and a brilliant, funny protagonist to boot, but I wish that there was a wider range of OCD symptoms and behaviours to be found in mainstream literature.

While there are, of course, many OCD people whose obsessions focus around contamination, and whose compulsions include hand washing rituals, there are also many of us who present very differently – and if we saw ourselves in fiction, we might be able to spot our symptoms and get treatment a lot sooner.

I’d love to see more protagonists with OCD whose symptoms lean towards the “pure O” (not a particularly accurate term, but hey) manifestation of the illness – who can let a friend have a sip of their drink with no issues, but who spends the evening in a panic spiral after driving home in case they ran someone over and just didn’t realise it at the time. I’d like to see versions of checking that include rereading texts and Facebook messages over and over, as well as testing doors repeatedly to make sure they’re locked (not picking on anyone here – I do both). 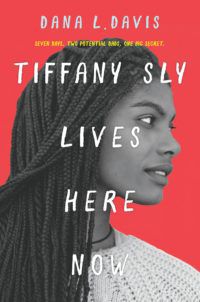 While I haven’t seen very many characters with OCD that manifests like mine, I am privileged in that there are characters with OCD who mirror me in other ways. The majority of OCD-having characters in fiction are white, like me, and it’s no coincidence that members of these groups are more likely to have a positive diagnosis. Like other mental illnesses, OCD is often under-diagnosed in people of colour, and this and structural racism can put up even more barriers to support.There are some notable exceptions, like Tiffany from Dana L. Davis’s Tiffany Sly Lives Here Now – but, like the healthcare system itself, literature dealing with OCD and wider mental illness has tended to focus more on serving white people than people of colour.

OCD is gradually becoming better understood as an illness, and I hope that fiction’s function as a mirror and a window will give us more characters with varied experiences of OCD, to help demystify a condition that can, at its worst, be very frightening and isolating. There are already some books that have made a great start, particularly in the world of YA – have a look at 12 YA Books About Obsessive Compulsive Disorder for some fantastic recommendations. And for related reads, try our rundown of the 25 Best Anxiety Books.