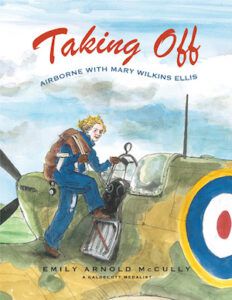 Witness the true story of how Mary Wilkins Ellis’ childhood passion for flying led to an exciting career in the air, written and illustrated by Caldecott Medalist Emily Arnold McCully. With watercolor and ink illustrations which perfectly capture the exhilaration of flying, Taking Off brings this little-known figure and her can-do spirit to life. Extensive material in the back of the book includes additional information about Mary Wilkins Ellis and the Airport Transport Auxiliary, as well as sources.

Picture book biographies of women are some of the most efficient sources of inspiration out there. If you’re an adult reading to a child, you’re sure to find yourself fired up, even if the subject is familiar. Meanwhile, each book allows a child to imagine a different possible future for themselves, thanks to the brave and determined people who came before us. Telling a child they can be anything they want is necessary. Giving concrete examples of lives well lived complements that encouragement. And an added bonus: if you ever want to make it onto Jeopardy!, picture book biographies are a font of concise factual information.

While the catalog of picture book biographies of women is vast, I had to narrow it down. I chose women who made impacts large and small. Women whose talents range across many disciplines, including science, art, and activism. Relatively few of them are names children will ever come across in their formal schooling. These books, however, are fantastic for educators to fold into lessons. These books humanize disciplines that seem abstract, like mathematics. They provide inspiration about where interests can ultimately lead. Most of them also have back matter that provides further information and suggested reading for anyone (including adults!) who wishes to learn more. So, like the Shark Lady Eugenie Clark, let’s dive in. 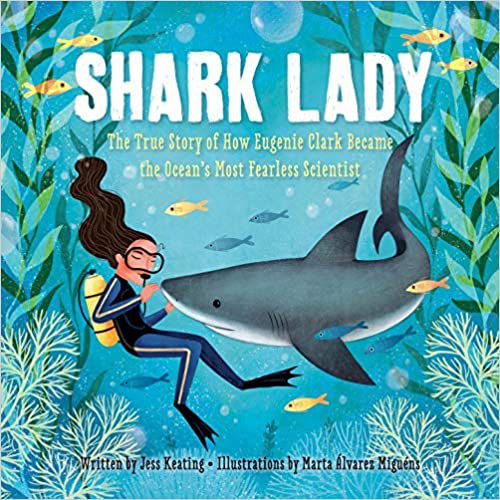 Shark Lady: The True Story of How Eugenie Clark Became the Ocean’s Most Fearless Scientist by Jess Keating and Marta Álvarez Miguéns

This biography of Eugenie Clark is ideal for the ocean lovers in your life. Whether you know someone who’s afraid of sharks or fascinated by them, this book is a great choice. Eugenie Clark was instrumental in dispelling common myths about sharks. Before she could make her important discoveries, she had to overcome obstacles that accompany being a woman in a STEM field. Still, Eugenie’s enthusiasm and intense curiosity shine through. 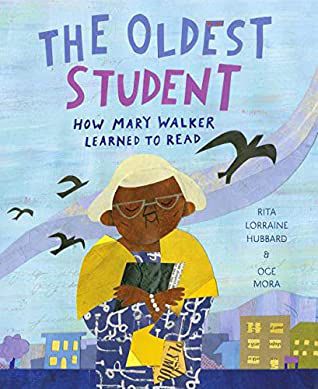 The Oldest Student: How Mary Walker Learned to Read by Rita Lorraine Hubbard and Oge Mora

What would you do if you outlived your entire family? It’s a rather grim question, but it was the reality for Mary Walker. She was enslaved at birth, but lived to the age of 121! By 114, she had lost all of her family, so she decided it was time to learn how to read. She didn’t have the chance in her youth, but as an avid churchgoer, she always wished she could read the words in her bible. Her truly astonishing story proves that it’s never too late to accomplish something important. 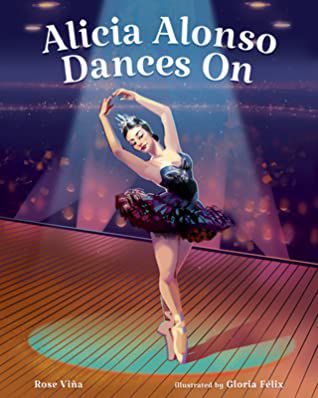 Alicia Alonso Dances On by Rose Viña and Gloria Félix

Many picture book biographies feature women who faced great difficulties on their path to success. Alicia Alonso, a former principal dancer for the American Ballet Theatre, dealt with a vision impairment that threatened to end her dance career. Her story is one of determination, certainly. But it’s also a great example of what is possible for people with disabilities who receive the accommodations they need. 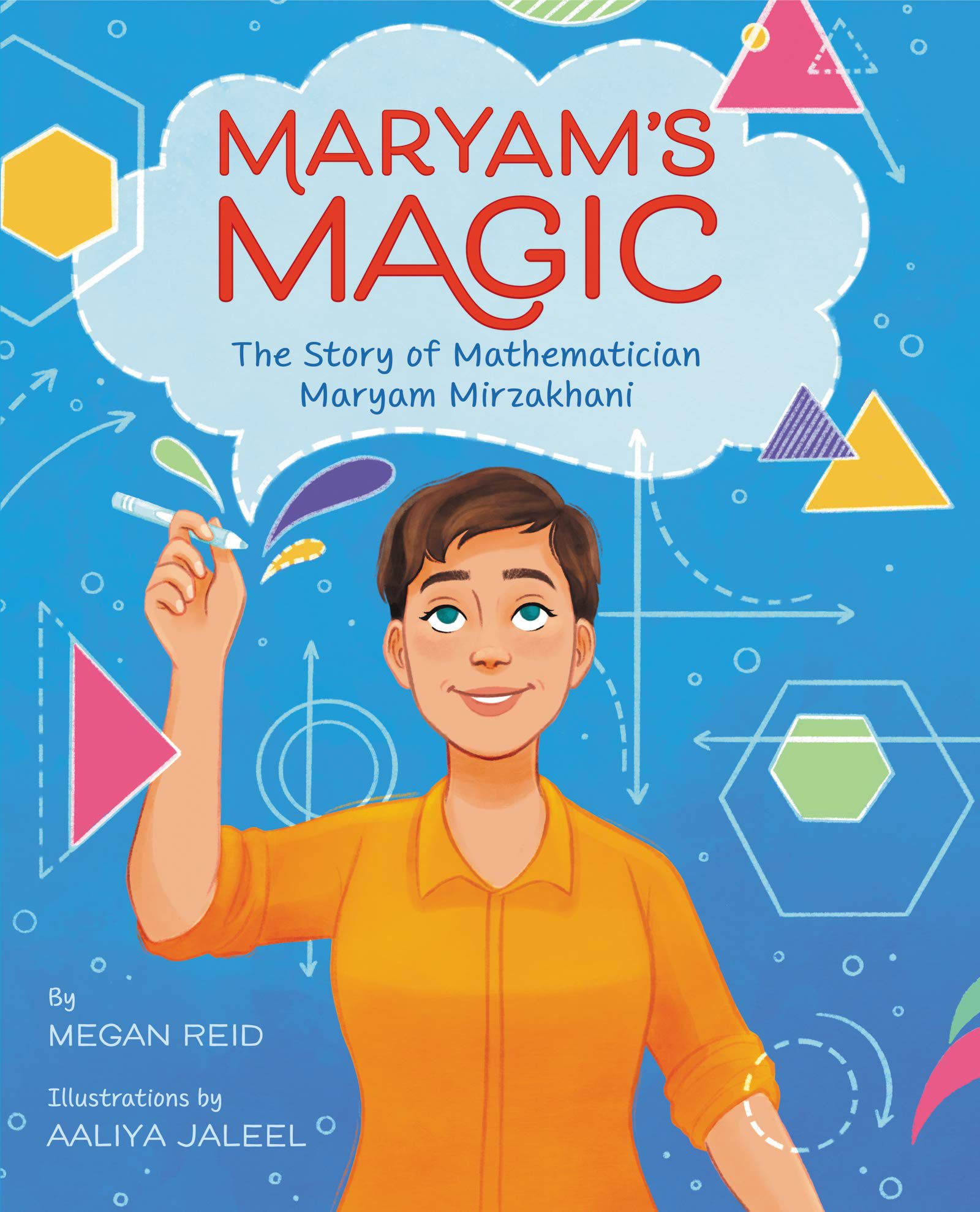 When I wrote about math books for kids, I pointed out that it’s hard to envision what a mathematician does. Given that the math we learn in school was mostly discovered by people in ancient times, it’s even harder to envision a contemporary mathematician. Maryam Mirzakhani, who sadly passed away in 2017, was the first woman to win the Fields Medal, the highest honor in mathematics. Her story is especially inspiring for depicting the creativity and storytelling involved in communicating mathematics. 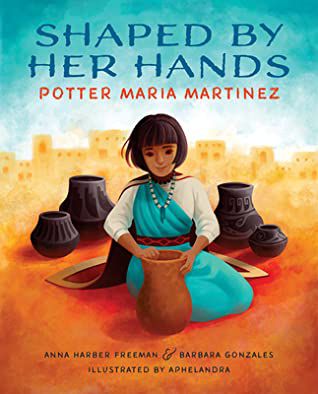 Told in part by the artist’s own great-granddaughter, this lovely story relates the life of Tewa potter Maria Martinez. Maria learned pottery traditions from her ko-ōo, her aunt, but she also developed her own firing technique. Her innovative thinking led to the shiny black pots that she’s known for. Her story shows the importance of respecting artistic foundations while forging your own path. This would be a fantastic book to pair with an art lesson that involves working with clay. 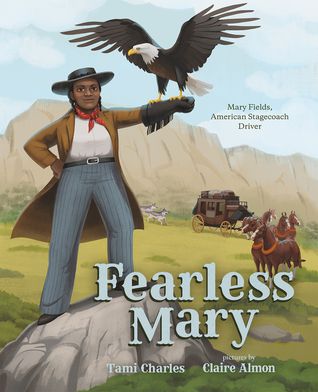 So many picture book biographies of women highlight the fact that they were the first to do something. Mary Fields was the first African American woman stagecoach driver, but that’s hardly the most interesting thing about her. She traversed the American west with a pet eagle. Mary could hitch a team of six horses faster than anyone. She delivered mail and never lost a package despite the dangers posed by outlaws and wild animals. She survived being enslaved and made an incredible life for herself. She’s practically a tall tale unto herself, except she was real. And you should definitely read all about her. 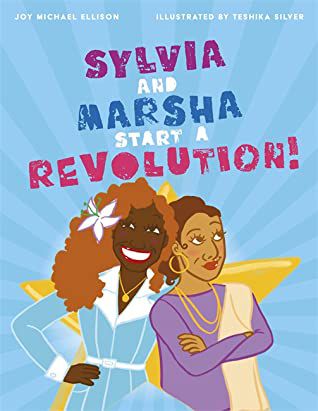 Sylvia and Marsha Start a Revolution! by Joy Michael Ellison and Teshika Silver

If you were curious about whether there are picture book biographies of women integral to the LGTBQ+ rights movement, the answer is yes. This book presents the brave truth-telling of Sylvia Rivera and Marsha P. Johnson, two trans women of color who were part of the Stonewall Riots. It’s a book that celebrates people who devoted their lives to justice and equality while pointing out the progress that still needs to happen. 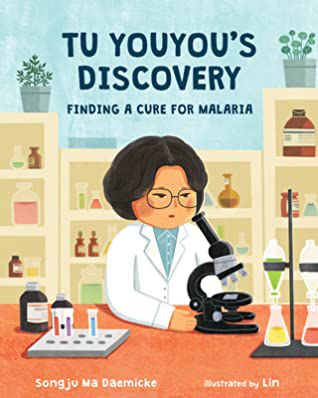 Many young readers might be curious about how we develop treatments for diseases, and this picture book provides a great narrative explaining one example. Tu Youyou’s work on malaria combines her knowledge of Chinese traditional medicine with contemporary methods of research and experimentation. This is the kind of book that can show young people that solving big problems takes creative thinking. And drawing from a wide pool of knowledge and experiences often produces the best results. 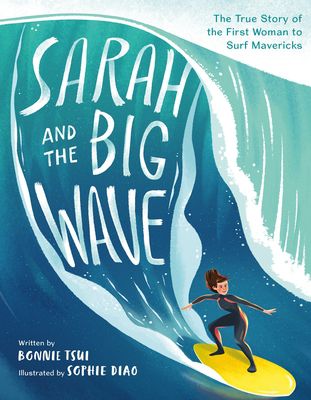 Sarah and the Big Wave: The True Story of the First Woman to Surf Mavericks by Bonnie Tsui and Sophie Diao

Just south of San Francisco is Mavericks, one of the most famous spots in the world for surfing. With waves that can crest at up to 60 feet (18 meters), only the most daring and skilled surfers ride these waves. Sarah Gerhardt loved big waves and became the first woman to surf Mavericks in 1999. Her story highlights how someone works their way up to something that seems impossible at first glance. It also demonstrates some of the practical ways surfing was inaccessible to many women because of the sizing of boards and wetsuits. It’s a great pick for kids with adventurous spirits. 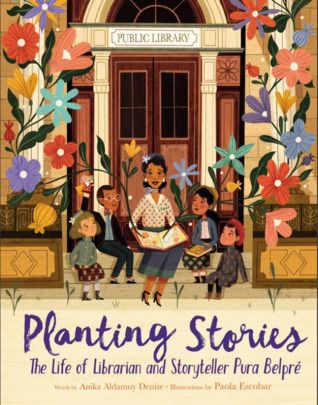 People familiar with book awards may know the name Pura Belpré because she has become synonymous with literature that celebrates and affirms Latine/x cultural experiences. But do you know her story? She was the first Puerto Rican librarian in New York City. Her influence as a librarian, storyteller, puppeteer, and author ripples through generations of readers. It’s a perfect book to share with a kid who loves a good trip to the library.

Naturally, I’ve given you the barest glimpse into picture book biographies of women. We’ve made lists of more diverse choices, as well as some of the very best here at Book Riot. So encourage children to be whatever they want when they grow up, and then show them some possibilities!