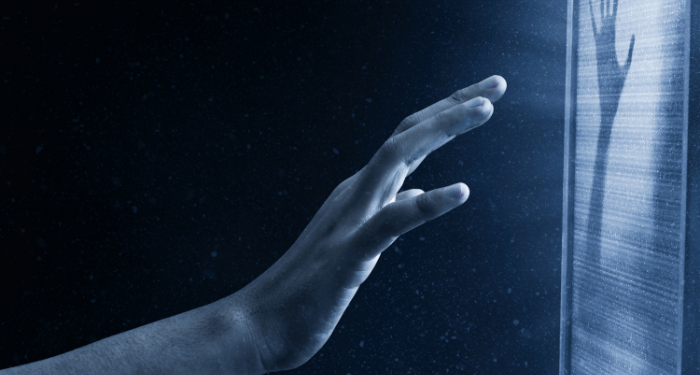 In the years since The Blair Witch Project brought found-footage horror to the mainstream, countless film franchises and one-off movies have cropped up to carry on its legacy. Found-footage’s popularity over the last 20 years or so has lent a fresh, modern feel to horror movies that eschew the shaky cam — a testament to just how ubiquitous the sub-genre has become. Found-footage horror novels remain elusive, however.

Sure, some epistolary classics — such as Frankenstein and Dracula — bear a passing resemblance to Paranormal Activity and Grave Encounters, but they lack many of the hallmarks that define found-footage, including the ever-present fear that the story itself may be a giant hoax.

* Note: Call of Cthulhu author H.P. Lovecraft was a virulent racist and anti-Semite. His despicable views cannot be separated from his work, in which miscegenation is often the source of the horrors therein. With that being said, it’s impossible to understate Lovecraft’s influence on the cosmic horror sub-genre in particular and mainstream horror in general. While I encourage horror fans to read Lovecraft’s work, if only to better understand the genre as a whole, the contents of his oeuvre warrant a warning label. 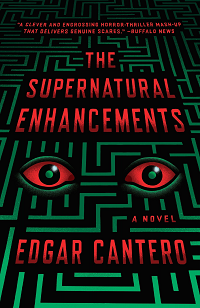 Inheritances always have a catch in horror novels, and the Virginia estate bequeathed in The Supernatural Enhancements is no exception. After Axton House’s late custodian dies by suicide — a tragedy that eerily resembles the death of his father — ownership passes to his second cousin twice removed. Axton House supplies its new owner and his companion with myriad mysteries to unravel. Through a series of recovered documents, recordings, and other ephemera, Edgar Cantero’s novel demystifies the sinister estate…and eulogizes its ill-fated residents. 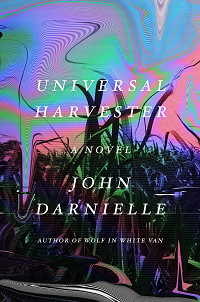 It’s the late ’90s, and independent video-rental stores are already an endangered species. With a shiny new Hollywood Video now open in Ames, the Video Hut in Nevada, Iowa may soon be on the brink of shuttering for good. Against this troubled backdrop, Video Hut employee Jeremy digs into an increasingly creepy mystery. Someone has recorded brief, unnerving clips over the store’s VHS tapes, and all signs point to a local vandal. What’s going on in Nevada…and where will Jeremy find the next clip? 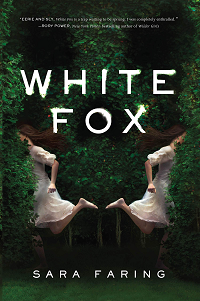 White Fox was supposed to be Mirella’s greatest achievement, but it vanished ten years ago, along with its creator. Mirella’s daughters, Manon and Thaïs, spent the last decade in exile. When the sisters finally return to their childhood home, however, they find Mirella’s manuscript waiting for them. Does their mother’s experimental final project hold the answers they’ve spent a lifetime searching for? Or will White Fox only lead these two young women down a dangerous rabbit hole? 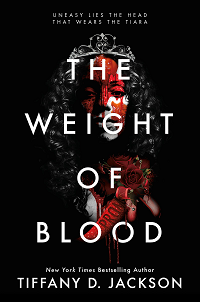 What happened at the Bloody Prom? Springville, Georgia’s first integrated prom ended in fire and death — 200 deaths, to be exact. All of the survivors agree that Madison, a white-passing student who was revealed to be biracial mere weeks before the big event, was responsible. Michael isn’t so sure. His podcast, Maddy Did It, rehashes the evidence to determine whether the bullied student committed the crimes her neighbors alleged — and whether or not Maddy herself is still alive. 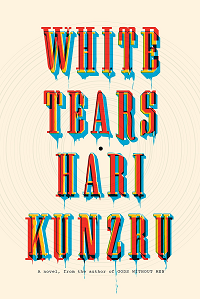 White Tears is about a different sort of found-footage: an accidental recording of a mysterious song. While recording the noise of his walk through the city, Seth — a white audiophile and record company co-founder who has spent his entire adult life researching blues music — captures a song he’s never heard before. Together with his business partner — another white man named Carter — Seth releases the song and markets it under the name of a fictional, Black musician: Charlie Shaw. But when someone turns up on the men’s doorstep insisting that Charlie Shaw was real, Seth and Carter quickly find themselves playing a dangerous game. 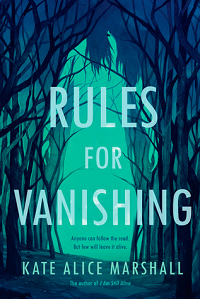 Everyone in town knows about Lucy Gallows, the ghost rumored to haunt the local forest, who’s said to lure people into the trees to play her game. A year after Becca disappeared, however, no one but her sister, Sara, seems to believe Lucy’s game was responsible. Sara’s former friends have been giving her a wide berth ever since Becca went missing. But when they’re invited to play the game, they don’t hesitate to answer the call. Armed with cameras to document their journey through the woods, the teens go looking for Lucy Gallows…but will they find Becca as well? 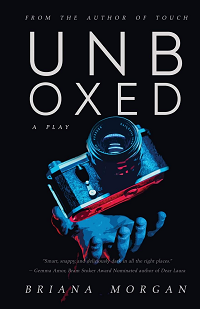 Briana Morgan’s short play centers on Greg, a man who’s gone viral, not for the paranormal activity he covers on his vlog, but for a domestic dispute. To reinvigorate his brand, Greg purchases a collection of dark web artifacts to unbox. He’s ill-prepared for what he finds, however, and is soon forced to reckon with a malevolent entity that holds the power to destroy his whole life. 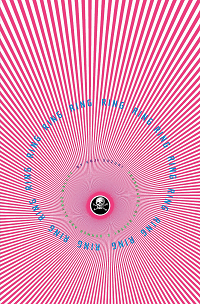 When four Tokyo teens simultaneously die of natural causes, a journalist takes a deep dive into the kids’ recent past. Kazuyuki Asakawa’s niece was one of the four victims. Determined to solve the riddle of his niece’s death, Asakawa finds a disturbing VHS tape. The strange recording threatens viewers’ lives before it abruptly ends. Fearing he has only one week to live, Asakawa turns to an old friend for help. It’s a race against time to break the tape’s curse…and the more people watch the recording, the higher the stakes become. 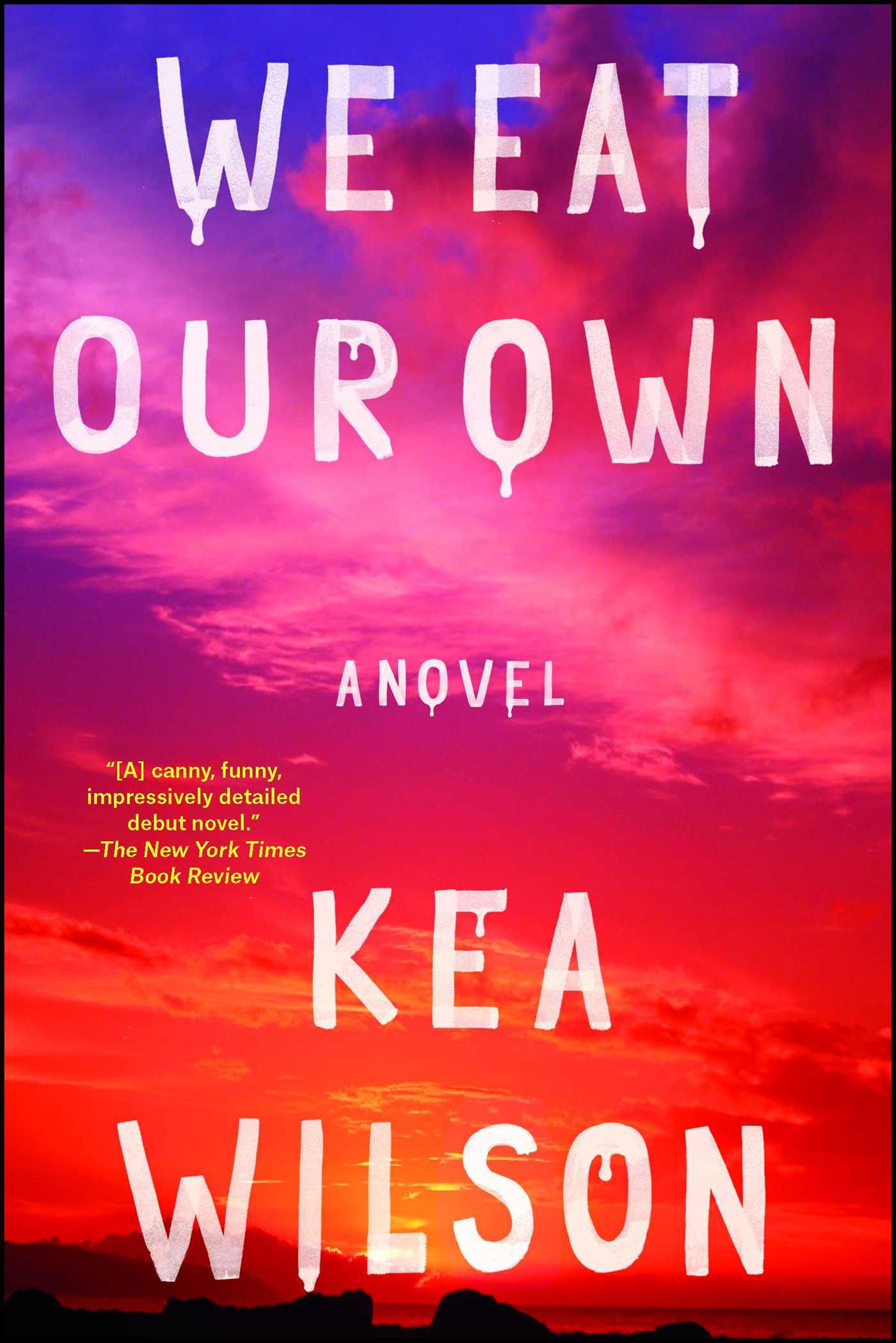 We Eat Our Own by Kea Wilson

Kea Wilson’s novel follows its unnamed protagonist, a struggling actor, to a cursed movie set deep in the Amazon. He’s not the director’s first choice for the role. In fact, the producers only called him after the original actor took issue with the script. But did the contentious screenplay ever really exist? And what will be left of their work in the rainforest, where humidity threatens the tape itself? Based loosely on the behind-the-scenes story of the first found-footage horror film, We Eat Our Own is a must-read for anyone interested in the sub-genre. 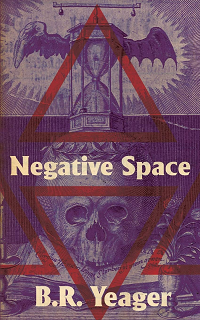 Told through a series of Internet artifacts, B.R. Yeager’s Negative Space weaves its way through the lives of a few teenage friends in a tiny New England town. A string of suicides kills Kinsfield, New Hampshire’s residents in record numbers. Four teens turn to a hallucinogenic street drug to cope. But when one begins to lose himself in a tangled Internet web, fear seizes his three compatriots, who know their days may well be numbered.