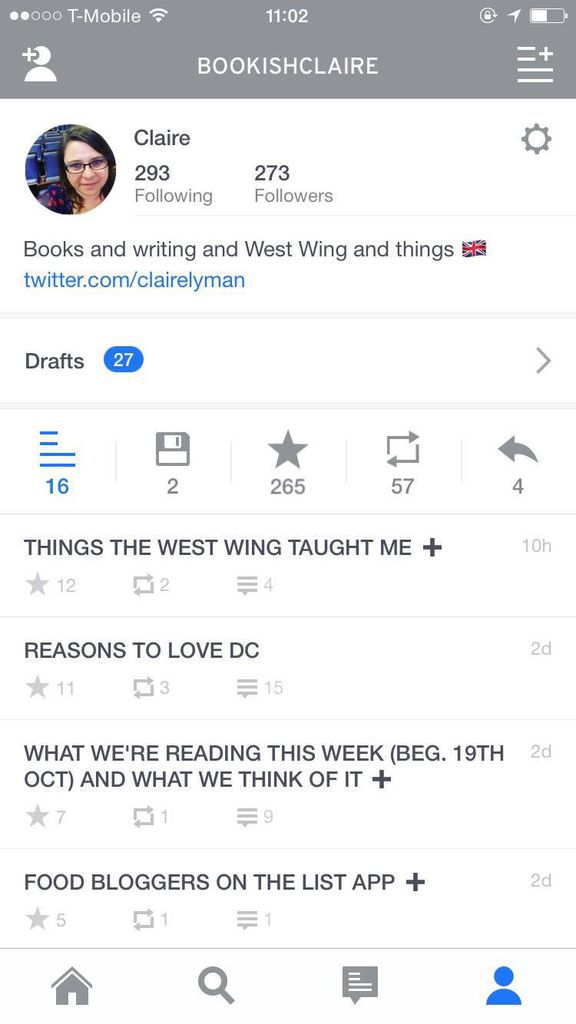 Back in October 2015, I wrote about the newest social networking iPhone app on the block, BJ Novak’s The List App. It’s been described as something like a cross between Twitter and blogging, and I hoped it would become a super bookish place, a place to give and get recommendations and share feelings, thoughts, and experiences about books. I thought it might be time to let you know how it’s all going over there. Time, you might say, for an app-date.

The news is good, fellow booknerds.

While there are the many, and predictable, “my favo(u)rite books” lists – and while I quite enjoy making and reading those myself – there are also all kinds of other posts. For example:

books one editor has lied about reading;

how library books get to your branch;

and a group list of our reading goals for 2016.

The List App is versatile, and one of my favourite things about it is the open lists, to which anyone can contribute.That makes it a great place to ask for and get book recommendations. Every Monday, I post a what we’re reading this week list, and others chime in. It’s a great way to discover books, start conversations about them, and find like-minded people.

I find if fascinating to get to know authors a little better and find out what makes them tick. As someone who is still relatively new to the publishing world, I also love insights into how that world works. So I enjoy following and interacting with Carolyn Parkhurst and Allison Winn Scotch, for example – neither of whom I really know that well from other social networks. The List App seems to attract a different level of engagement from a different set of people than Twitter. Variety! Spice of life!

The List App, it turns out, is so much more than an app. It’s a community. No, really. Imagine Twitter without the trolls and with more space to say smart things. People often post lists that they feel vulnerable sharing, and overwhelmingly the comments are supportive and kind -even when they share about things like their faith. How often does that happen on other forms of social media? Over the holidays, one of the most prolific Listers (ListAppers?) organised a Secret Santa gift exchange. Also not something you tend to see on Instagram or Twitter.

And now the same ListApper, Chris Kubica, has organised something a little similar: a book exchange. He’s a writer, editor, and illustrator, among other things, and has piles of spare books taking up space in his home. The idea is that ListAppers sign up online, then send him a stamped, self-addressed envelope. They promise to read the book he sends – which will be complete with a little library card inside! –  and to post a list about it, and then to pass it onto another Lister. Secret Santa, but with books, and on a possibly never-ending loop! Genius.

Join us! I’m BookishClaire, and you can find Rebecca Schinsky, Swapna Krishna, and the official Book Riot account there too.

The List App is shaping up to be (ahem) one for the books.