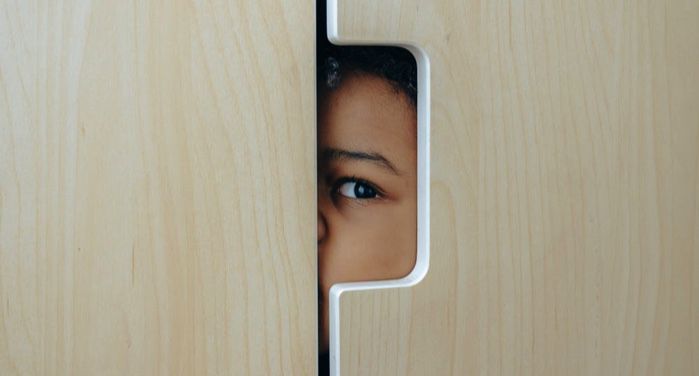 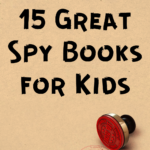 Ever since I saw Spy Kids in 2001 I wanted to be a spy. I even had one of those spy gear kits with fake sensors and invisible pens. Becoming a spy was one of my childhood dreams. Since then, other movies about spies have come out — like Spies in Disguise, or shows like the new Carmen Sandiego on Netflix — that inspire kids’ imaginations to go on secret missions and solve the world. Newer generations have those spy stories to look forward to, and if they’re like me they’ll want to consume everything spy-related. That includes spy books for kids, which have some of the best stories out there to make our imaginations soar with action-packed sequences that save the world in the last minute. 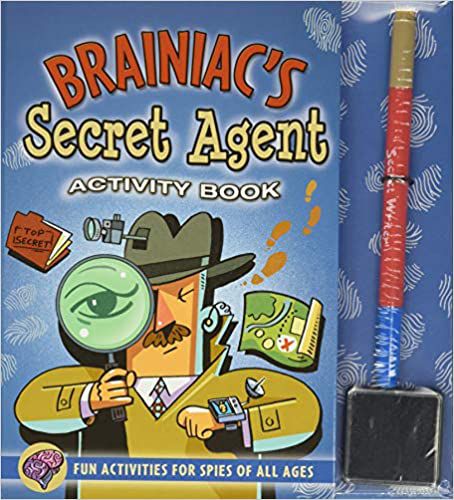 This is such a fun activity book for kids. It does have some informative sections on famous spies, but it focuses on exercises for kids to learn about codes, mysteries, and secret messages among other things. It includes some fun things like an invisible pen and an ink pad for fingerprinting that will help spark the imagination in young children. Maybe they’ll even play at being spies while learning all about it with this book (I know I would!). Recommended for grade levels 3–7. 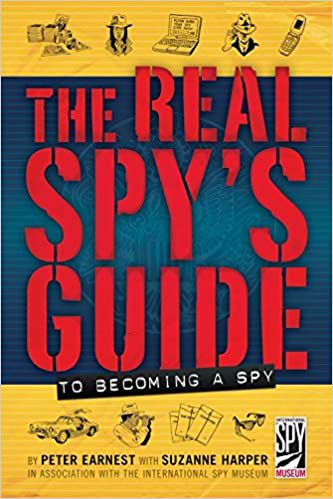 This book is basically a guide on real spies. It’s full of facts, and it was written by a former CIA agent so he knows what he’s talking about! The stories are fun and easy to read, and kids will learn about the life of a living, breathing, spy (like, do spies go to a special spy school?). It’s definitely on the more informative side, but if your kid wants to be a spy or dreams about working on the intelligence field, they will love it. Recommended for grade levels 3–7. 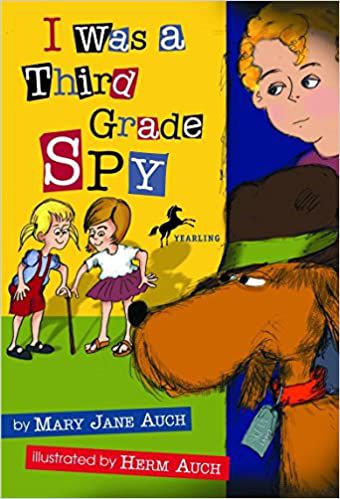 I Was a Third Grade Spy by: Mary Jane Auch and Herm Auch

This is the first fiction book on this list! Arful is a spy dog who helps his owner Josh and his friends put on a show for the school talent contest. The boys send Arful to spy on the girls so that they put on a better show for the contest. How does it work? Well, the thing is, Arful can speak, but he still behaves like a dog. So the kids have to figure out how to get his help. It’s a chapter book, so it’s fairly easy to read and has some pictures to accompany the story. This whimsical spy story is recommended for grade levels 3–7. 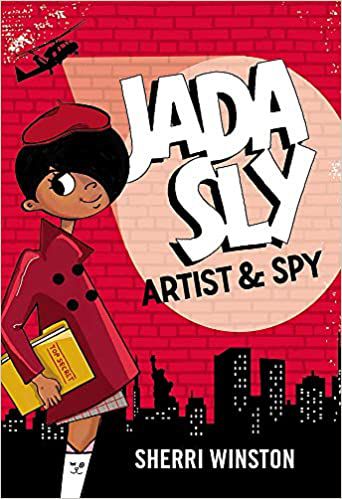 After years of living abroad, Jada finally returns to New York. She’s an artist, but she’s also a spy. Or rather, a spy-in-training. She’s convinced that her mother was a spy herself, and that she’s alive and in New York. Even though everyone thinks she died in a plane crash years ago. So Jada embarks on the biggest adventure of her life while she uses her spy skills to unlock the mystery of her mother’s disappearance. It’s a spy story with a classic mystery and action, and mixed with Jada’s artsy personality it makes for a delightful read. Recommended for grade levels 3–7. 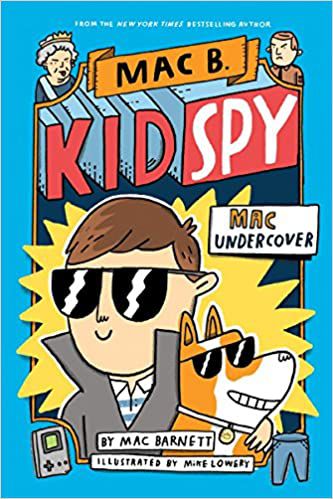 The Queen of England is in desperate need for help and only Mac B., kid spy, can help her! The Crown Jewels are missing, so Mac has to travel around the world to find them in time. This book is a super fun mixture of historical facts, adventure and humor. It’s pitched as Diary of a Wimpy Kid meets James Bond, so you can imagine the thrilling and whimsical adventures that await Mac B. Beware that there’s a joke about Henry VIII chopping heads, in case you’re not comfortable with your child reading about that. It’s recommended for grade levels 2–5 and is the first in a series! 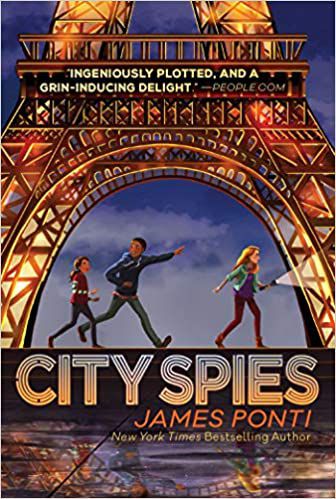 Sara Martinez is one of the five City Spies that work with a secret MI6 agency. She’s also a hacker, and when she’s not attending boarding school with her friends, she’s going on secret missions. When the team heads to Paris for an international youth summit, she must survive the mission, catch the bad guy, and figure out the dynamics of her new team. It’s a book full of mystery and suspense, making it a perfect mood for a spy story. It also has a diverse cast of characters with rich backgrounds, which is always welcome. It’s recommended for grade levels 3–7. 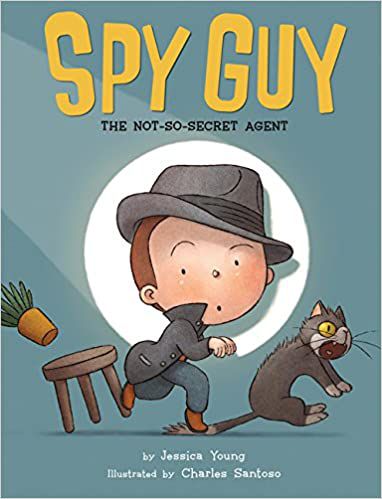 Spy Guy isn’t a great spy. He needs a better disguise, and instead of being quiet and inconspicuous he’s loud and squeaky. He wants to know what’s the secret to spying, but the Chief says that he must figure it out for himself. This is a sweet and fun picture book about spies and a father-son relationship. The illustrations are funny and there just might be a spider hiding in every one. It’s recommended for preschool to grade level 3 readers. 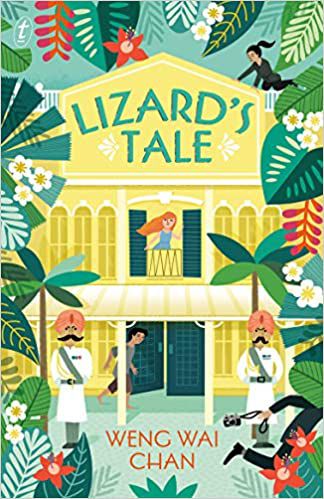 Lizard stole a box containing a Japanese code book. He lives in Singapore ing the 1940s, and war is just around the corner. He lives off hustles and his quick wits, but what he didn’t know was that stealing that box would submerge him in the dangerous world of wartime espionage. A world in which he doesn’t know who he can trust. Especially his friend Lili who’s full of secrets and can kick some ass. It’s a great, gripping story for kids that follows the perils of being a spy during a war. Recommended for grade levels 4–6. 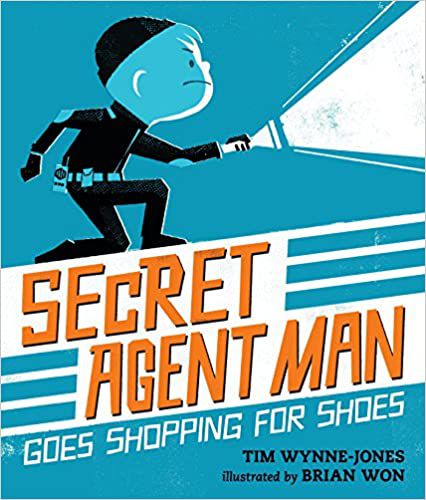 Secret Agent Man (S.A.M.) and K are on a mission! They are on a dangerous operation, they have to buy new shoes for S.A.M.! He could gain a new superpower with these shoes, and possibly learn to tie his laces. Those are some big stakes. On the surface, this picture book looks like the imagination of a kid as he goes on the adventure of trying to tie his shoes, but it’s also a great mother-son story full of love and laughter. The illustrations are also great, the style changes when we are in S.A.M.’s spy world making the distinction clear. It’s recommended for kids in preschool  and up to grade level 3. 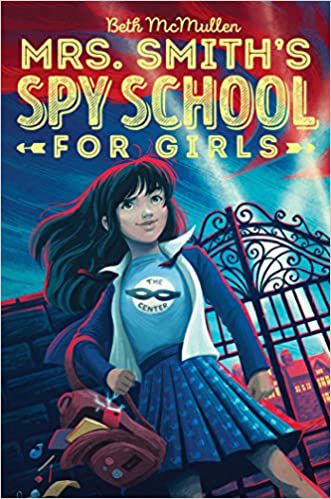 Abigail uncovers two stunning news. #1 her boarding school is a cover for an elite spy circle that also trains new recruits; and #2 her mother is a top agent that has disappeared with valuable information. Now Abigail has to learn how to become a spy, quickly, and find her mother before time runs out. Spy School for Girls is a classic, action packed story about spies. Mind you, it is for slightly older readers, recommended for grade levels 4–8. 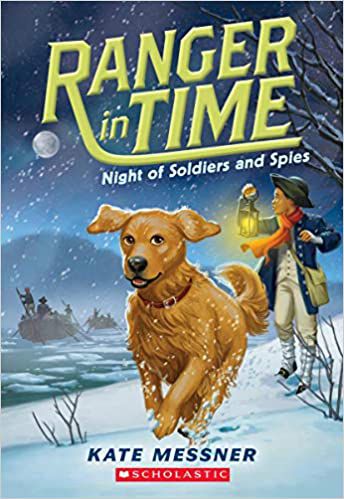 Ranger in Time #10: Night of Soldiers and Spies by Kate Messner and Kelley McMorris

Ranger is a time-travelling Golden Retriever that helps people throughout history. In this installment, he travels to Colonial America. There, he meets Isaac Pope. Isaac is chosen to be a spy for George Washington, and he must cross into enemy territory with the help of Ranger or they could lose the battle and their lives! It’s a beautiful story that weaves historical details with a thrilling spy adventure surrounding a brave dog and his friend. Recommended for grade levels 2–5. 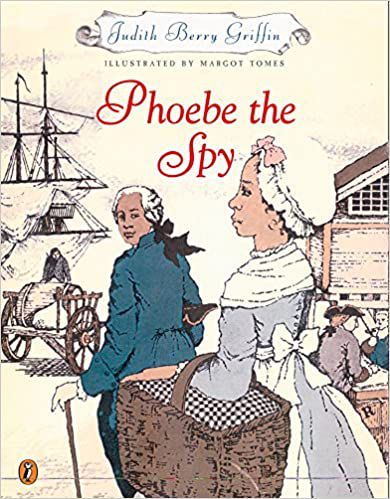 Phoebe the Spy by Judith Griffin and Margot Tomes

This book follows the story of a real life spy during the Revolutionary War. Phoebe Fraunces, a Black woman, is George Washington’s housekeeper. But she’s also a spy trying to save his life. Her mission is to figure out who’s plotting against Washington’s life, and to stop them before it’s too late. Phoebe the Spy is a short, fascinating historical book for kids to enjoy. Recommended for grade levels 3–7. 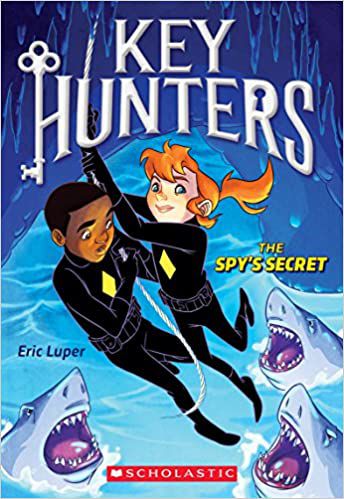 Cleo and Evan unlock books that send them on daring adventures. In this installment of the series, they find themselves in a classic super-spy story. They have to rescue one of their own, and foil the plans of the supervillain mastermind called Viper by infiltrating his underwater lair. If they complete their mission, they can get out of the book and obtain the key to their next adventure. It’s an exciting and adventurous book with gadgets and bad guys in their whimsical lairs. Everything a kid could want in a spy story. Recommended for grade levels 2–5. 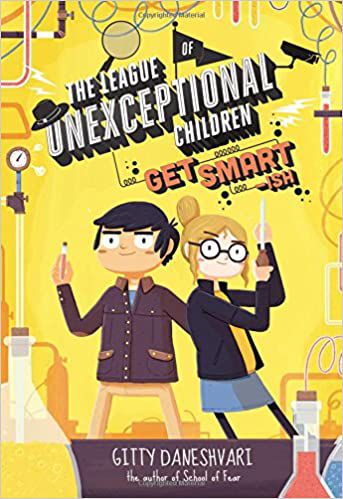 The League of Unexceptional Children: Get Smart-ish by Gitty Daneshvari

The Prime Minister needs the help of Jonathan and Shelley, two utterly average spies from the League of Unexceptional Children. A villain has stolen a virus that makes people less smart, and only these two kids can stop him and save the world again (the first time might’ve been a fluke). It’s the second book in the series, and it’s on this list because it features a more classic spy story. The first book is called The League of Unexceptional Children and it’s pretty great too! Recommended for grade levels 3–7. 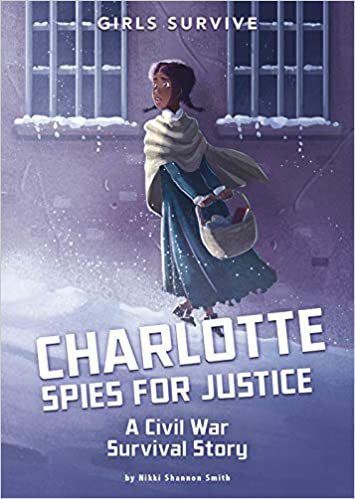 Charlotte lives in a plantation in Richmond, Virginia, during the American Civil War. All around her, Confederate soldiers are fighting for slavery, and she finds herself surrounded by enemies — for all she wants is to put an end to slavery. One day she discovers that the plantation owner is a spy for the Union. So she decides to help her to win the war and becomes a spy herself. It has some nonfictional notes about the time period at the end of the book, so kids can learn more about it. It’s a short story that might as well feel real and will entrance kids with the dangers and need for spies in this moment in history. Recommended for grade levels 3–7.

For similar books, check out our list of detective books for kids! For older kids, find some middle grade detective recommendations. Or if you’re looking for mystery in general, we got you covered!