Have you ever wondered about the best Jane Austen books? Been confused about the reading order?  Austen is well and truly entrenched in the Western literary canon (much to the despair of authors like Charlotte Brontë and Mark Twain, who would’ve been delighted if, say, Jane’s sister Cassandra had pulled an Amy March on all her manuscripts), and her spot is well-earned. But if you’ve never read her before, here’s a handy guide to Austen’s work.

Austen completed six novels in her lifetime. No two of them are alike—not only did Austen write them with sometimes a decade-long gap in between, she also enjoyed experimenting with different types of fiction.

Austen purists (and indeed, anyone who might want to see how her style and preferences evolved) might want to read her work in chronological order. But even this approach is littered with difficulties: Sense and Sensibility, Pride and Prejudice and Northanger Abbey were completed by her twenty-fifth birthday, but remained unpublished until at least 1811, when Austen was 35, allowing for multiple revisions and rewritings. Personally, I recommend reading them in the order in which they were originally written, so that’s how I structured this list. To make things clearer, I also add publication dates next to the title. 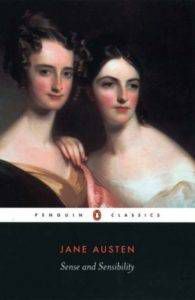 By way of sisters Elinor and Marianne Dashwood, this novel presents the contrasts between two opposite ways of living: one discreet and pragmatic, the other open and passionate. It seeks to explore which is better or more necessary for existing in society. The satire that would be so integral to Jane Austen’s work is already masterfully handled in her first novel.

Fun fact: it took this novel SIXTEEN YEARS to find a publisher. 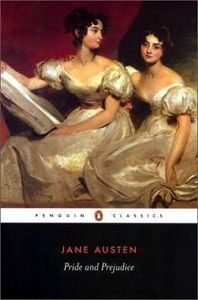 Call me a cliché, but this is my comfort Austen. The story of the country girl who refuses to marry without affection despite knowing she will be destitute when her father dies absorbs me every time. But, again, it’s the biting satire that brings this story to life, filled to the brim with characters who make Pride and Prejudice a world upon itself.

Fun fact: it was originally supposed be called First Impressions, but the publishers wanted to capitalize on the success of Sense and Sensibility, so a similar title was born. 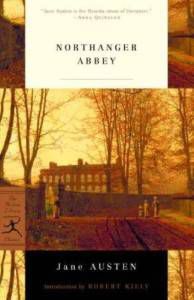 This is the one Austen that you can say, unequivocally, is pure fun. Both a satire and a parody, Jane was poking fun at the Gothic genre, defending the novel as a literary form, and giving us a delightful love story, all at once. 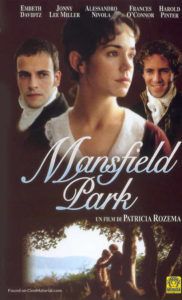 This is Austen’s most controversial work. People either consider it one of Jane Austen’s best books, others one of her worst. Perhaps because there are only glimpses of what the reader has come to expect from a Jane Austen novel, putting forward a study of what constitutes morality instead. It is one of the only two Austens to refer directly to the British slave trade, although whether it was considered an evil or simply the way things were is left unsaid. 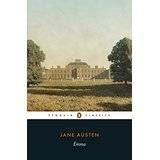 Jane described Emma Woodhouse, when she was writing the novel, as someone who “nobody but me will much like.” She’s an incessant meddler: always thinking she knows best, she invariably attempts to help her friends and invariably muddles it up. Like in S&S and P&P, a great deal of Emma’s charm lies in the society she weaves around her protagonists. This book is a delicious comedy of errors that remains irresistible today. 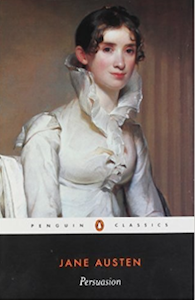 Published posthumously, it has been deemed both the most mature and most romantic of her stories. When she was barely nineteen, and heeding the advice of her dearest friend, Anne Elliot cancelled her engagement to Frederick Wentworth. Eight years later, the two lovers reunite.

Fun fact: Jane discarded the last two chapters of the novel and rewrote them in its entirety. Pieces of the manuscript are now in the British Museum.

So you have read the completed novels. Do you want to know how her early works compare? Jane Austen compiled three notebooks of her youthful stories, what we now know as her juvenilia.

• Frederic and Elfrida
• Jack and Alice
• Edgar and Emma
• Henry and Eliza
• The Adventures of Mr. Harley
• Sir William Mountague
• Memoirs of Mr. Clifford
• The Beautifull Cassandra
• Amelia Webster
• The Visit
• The Mystery
• The Three Sisters
• A beautiful description
• The generous Curate
• Ode to Pity

• Evelyn
• Catharine, or the Bower

You have now read all of Austen’s complete novels and juvenilia. Congratulations! You may wonder at this point, what next?

If you want to learn more about the woman behind the dashing Darcy, the delightful Catherine Morland, or the severely underrated Colonel Brandon (okay, okay, my love of Brandon might have a little bit to do with Alan Rickman’s portrayal), Claire Tomalin’s biography is considered by many to be the ultimate source of information on one of the greatest novelists of Western canon. It weaves together fact and plausible speculation and puts them up against the vivid backdrop of the English Regency period—without ignoring the imperialistic havoc it was wreaking on non-European countries. It gives you Jane Austen the person, the good and the bad.

In Austen’s novels, letters often play a fundamental role. Whether they contribute to smash misconceptions, bear happy (or unhappy, as the case may be) tidings to expectant readers, or profess enduring love, several narrative shifts have occurred because one character or another decided to break out their ink and quill. What could be more fitting, then, than to get to know the woman herself through her letters? Keep your expectations low, however—many, many of them have been destroyed.

A Companion to Jane Austen, edited by Claudia L. Johnson and Clara Tuite.

“Jane Austen and Empire” in Culture and Imperialism by Edward Said.

Jane Austen’s England: Daily Life in the Georgian and Regency, by Roy and Lesley Adkins.

Congratulations! You are now well-versed in all things Jane Austen. How about a print, a mug or some stationery to celebrate? Hit the comments to share your thoughts on the best Jane Austen books!