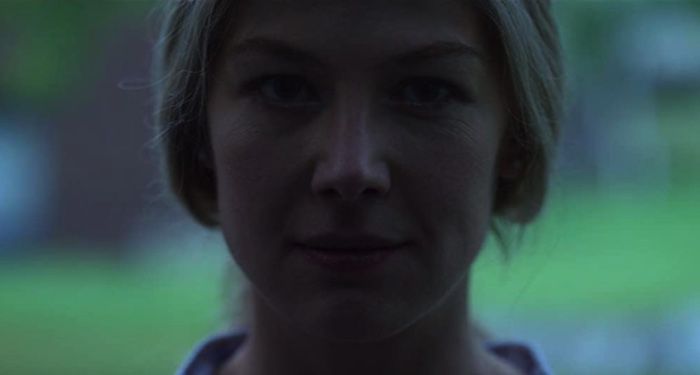 The debate about unlikable female characters kicked off — in my mind, anyway — in 2013. That’s when Annasue McCleave Wilson, writing for Publishers Weekly, asked Claire Messud whether she would want to be friends with the “unlikable” protagonist of her latest book, The Woman Upstairs.

“I wouldn’t want to be friends with Nora, would you?” asks Wilson. “Her outlook is almost unbearably grim.”

“If you’re reading to find friends,” she summed up, “you’re in deep trouble. We read to find life, in all its possibilities. The relevant question isn’t ‘Is this a potential friend for me?’ but ‘Is this character alive?'”

And hells yeah to that. But I must admit that, back in the day, I might have been on Wilson’s side. At the time, I chose much of what I read based upon how much I related to the characters therein. I needed someone with redeeming qualities. Someone I could root for. If a character was unlikable, how could I empathize with their struggle? And if I couldn’t empathize with their struggle, why should I continue reading?

Then I read Love and Trouble, a memoir by Claire Dederer. In her memoir, Dederer reconciles the young woman she used to be with the woman she has become in midlife. In reading it, I was struck by how Dederer so casually reveals the worst parts of herself to the reader, as if she has zero fucks left to give. By the end, I found myself connecting strongly to the lessons she had come to learn about sexuality and power, and about her deep wanting to be wanted.

Finding the Darkest Parts of Ourselves in Literature

Why did I connect so deeply to Dederer’s memoir? For me, Dederer’s approach —including her brash honesty — allowed me to recognize and acknowledge the darkest parts of myself. In her wandering eye, in her growing carnal hunger, in the motivations she finds underlying this hunger, I saw myself.

Oftentimes, what gets lost in the debate around unlikable female characters is the discomfort these characters stir in us. But we should interrogate that discomfort. What bothers us about a character’s cruelty? Why are we so frustrated by their bad life decisions? Why do we hate their selfishness? Why do we disapprove of their unbridled sexuality?

Are we uncomfortable because we see something of ourselves in them?

When Courtney Summers wrote Cracked Up to Be, she set out to write an unlikable female protagonist specifically because she was looking for those parts of herself in YA literature, and not finding them.

“I just wanted to write a book where I could see those parts of myself reflected back at me,” she tells Hayley Krischer for Lit Hub. “Because I was so sure that other people had the same feelings. That they weren’t always happy. That they were angry. And I knew it was okay to be all these ugly emotions.”

This is an urge I can understand. This need for validation in the depictions of womanhood we see and read.

In Kanae Minato’s Confessions, for example, I understood Yuko Moriguchi’s desire for vengeance after the death of her young daughter, because I knew I would feel the same…would want to destroy those responsible. In Megan Abbott’s Give Me Your Hand, I understood the two protagonists’ ruthless ambition. What would any of us do if we were thisclose to achieving a dream and, suddenly, something or someone stood in our way? In Celeste Ng’s Everything I Never Told You and Little Fires Everything, I understood the characters’ need for perfection, their motherly intensity, their preoccupations with how others perceived them. I had felt all of those things myself.

Oftentimes, these characters go further than I would ever dare to go myself. In this way, I dare say they are aspirational, even if those aspirations don’t line up with what we’re told we should want.

Is it any surprise that Gay has a short story collection that is literally called Difficult Women?

The Gendered Nature of the Unlikable Female Character Debate

And then there’s the gendered nature of this debate. As women, we are socialized to be pleasant. Nice. Polite. To be gracious and amenable. As I’ve written elsewhere, “[w]e’re taught to cater to the needs of others. We do this at the expense of our own.”

Those of us who don’t meet these expectations? We’re branded as difficult. Unruly. Unlikable.

This is the case in life and in literature. Is that why books like Nightbitch and Bad Marie bring me so much joy? Because they spit in the face of societal expectations? Because they break us out of the narrow box we’ve been crammed into?

And are these characters truly “unlikable”?

Or do they just behave in ways that society finds distasteful?

Of course, in writing unlikable female characters, authors walk a tightrope. Yes, these characters embody the parts of us that tend to remain hidden and, in this way, they validate those hidden parts of us.

But at the same time, I find it’s essential that, in creating these characters, authors show us their points of vulnerability. That they present them in all their messy complexity. Only when they succeed at this can we truly understand and empathize with these characters.

For example, I found myself getting progressively angrier with Margot, the protagonist of Nicole Dennis-Benn’s Here Comes the Sun. In this novel, she trades in not only her own sexuality but that of other vulnerable women so that she may eventually have a better life.

But how can I begrudge her that desire, especially when it is also wrapped up in the desire to protect her younger sister from the same fate? And what of Margot’s mother, who started Margot down that path when she was still a child?

But is this not humanity? Are these not the multitudes we all contain? Can I make a bid for changing “unlikable female character” to “complex female character”? (I mean, I already own the shirt.)

Luckily, authors seem to have already gotten the memo that, by god, we need these characters. Gillian Flynn’s Gone Girl is often cited as the catalyst for the trend of books that feature such characters, and her book was quickly followed by similar thrillers like The Girl on the Train and Luckiest Girl Alive.

More recently, I’ve enjoyed the ferocious femmes of Tampa, My Sister, the Serial Killer, and The Turnout.

Who knows what else (or who else?) my TBR will bring me?

Whoever it is, I can’t wait.

What’s that? You want an unlikable women reading list? Say no more! Here’s some YA for you, too.