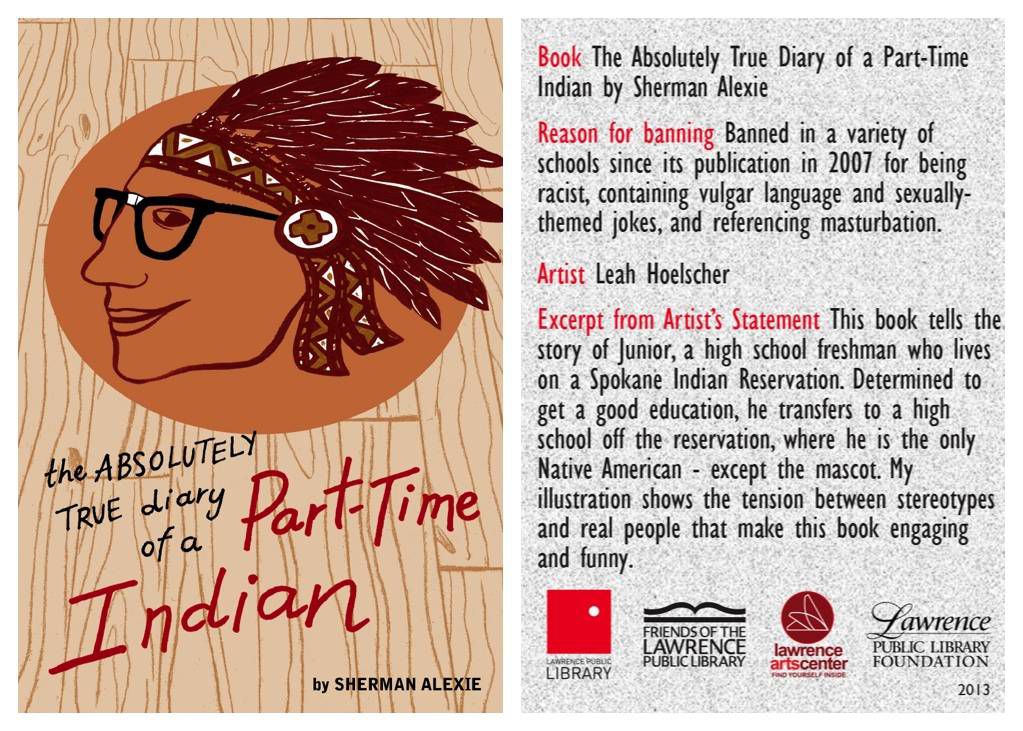 Last year, we celebrated Banned Books Week with a feature about the super cool and creative community art contest from our friends at the Lawrence Public Library in Lawrence, Kansas (Rock Chalk Jayhawk!). The library invited local artists to create small-scale works inspired by a banned book, and a jury chose seven designs–one for each day of Banned Books Week–to appear on trading cards. The project garnered national attention, and when its creator, Susan Brown, moved to Chapel Hill, North Carolina (home of the KU’s long-time rivals) to become the director of Chapel Hill Public Library, she decided to do it again this year and bring the two cities together.

Artists of all ages from Lawrence and Chapel Hill submitted works inspired by banned books, and a jury in each city again selected 7 designs. The LPL and CHPL revealed one design each day throughout the week, and we are thrilled to be able to show them to you here all at once.

First up, the home team from Lawrence, Kansas. 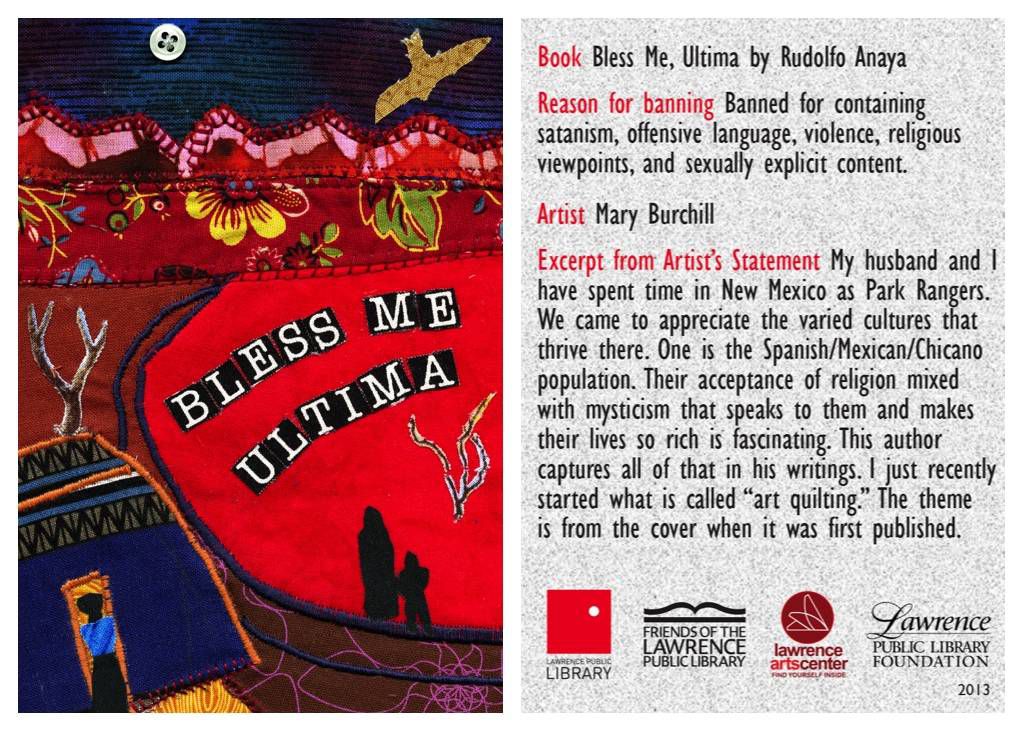 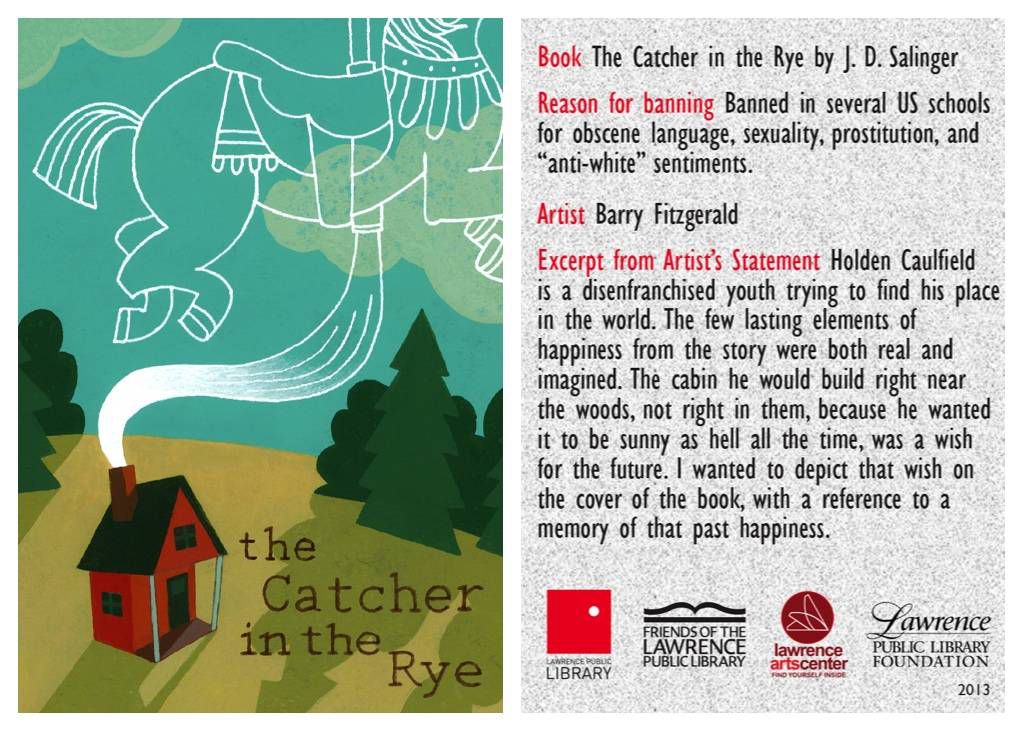 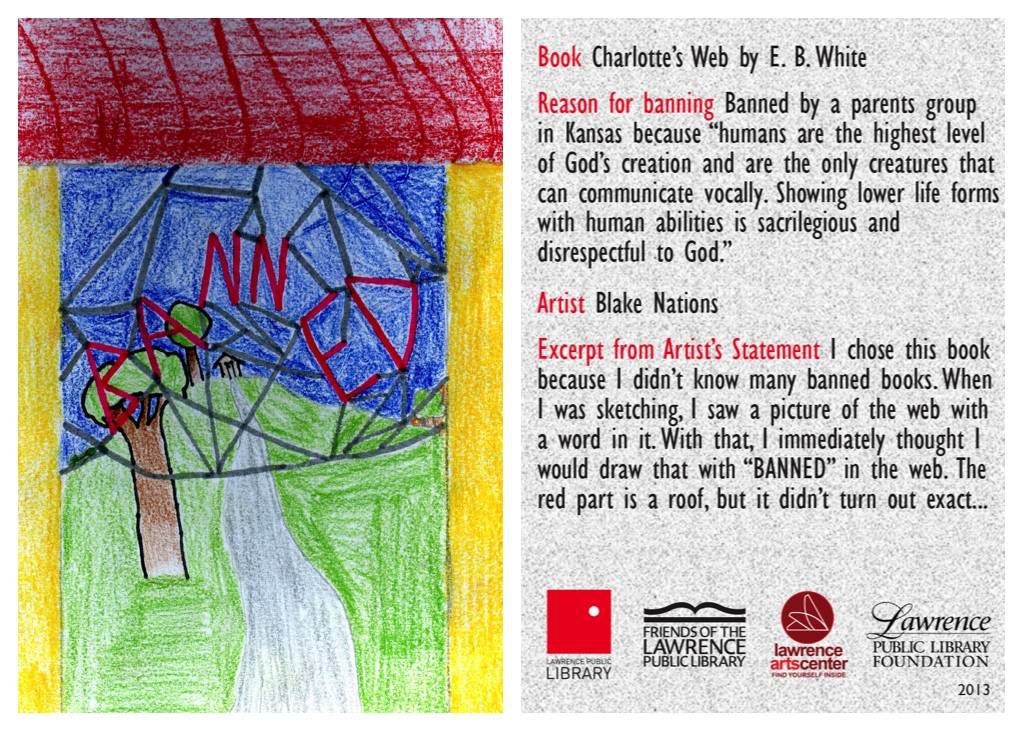 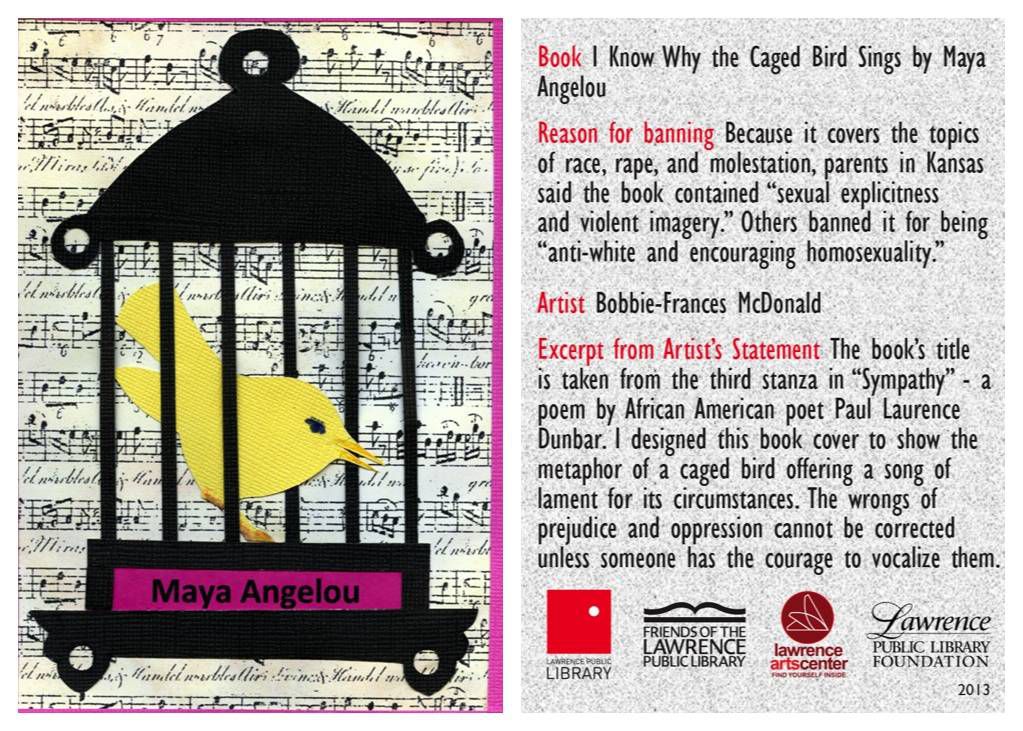 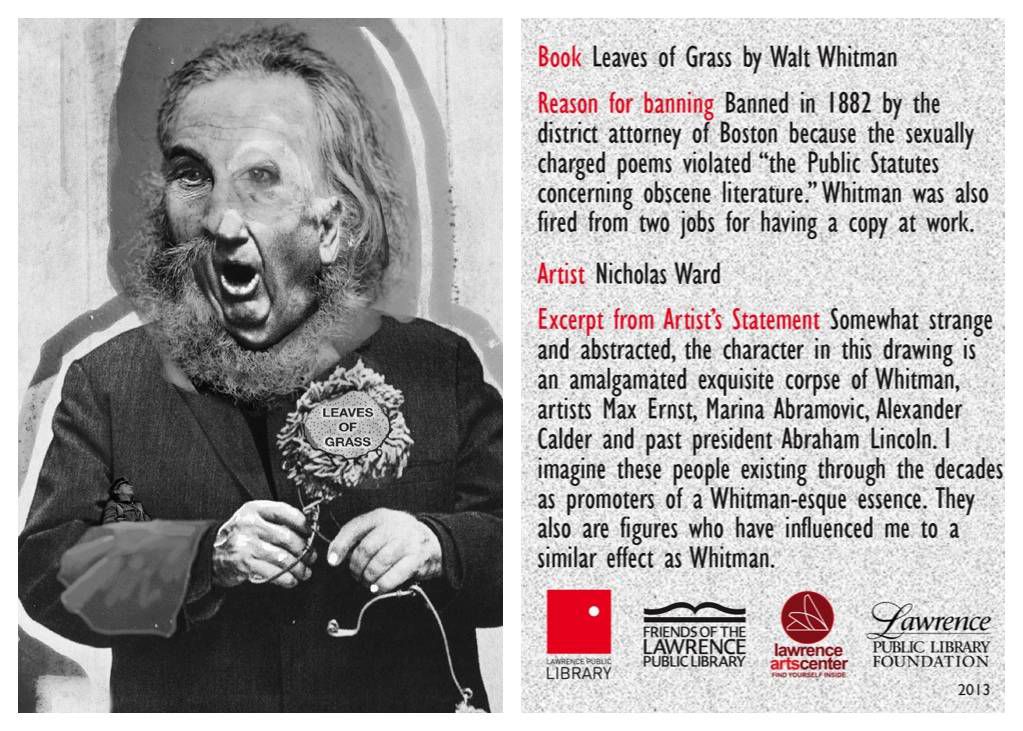 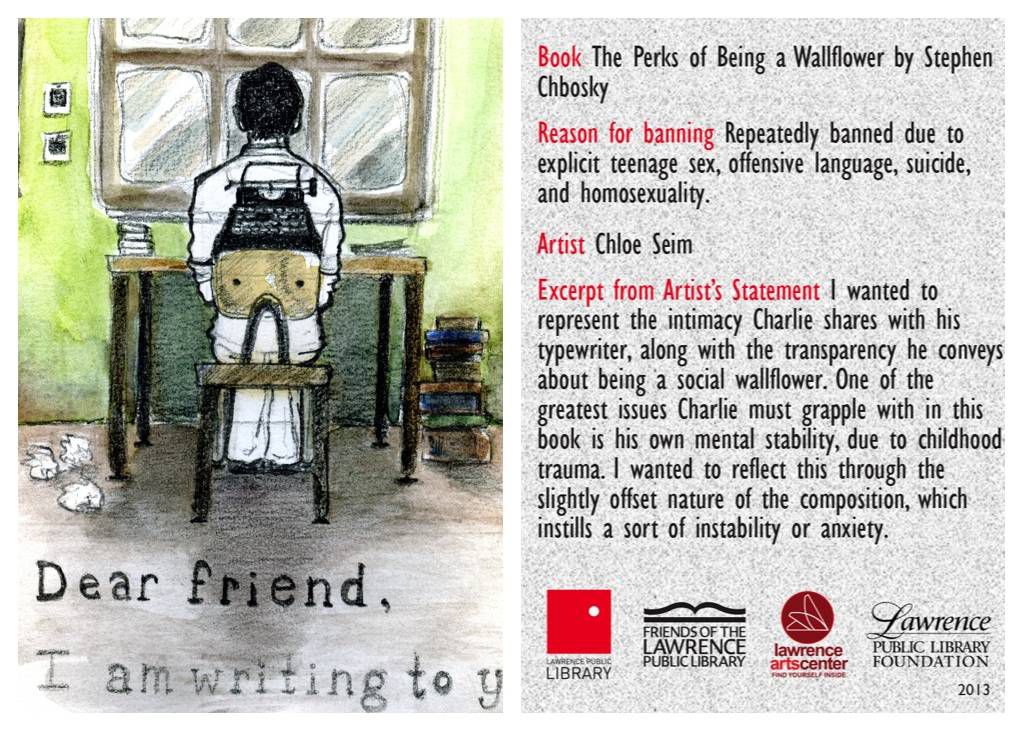 And here’s the Chapel Hill collection. 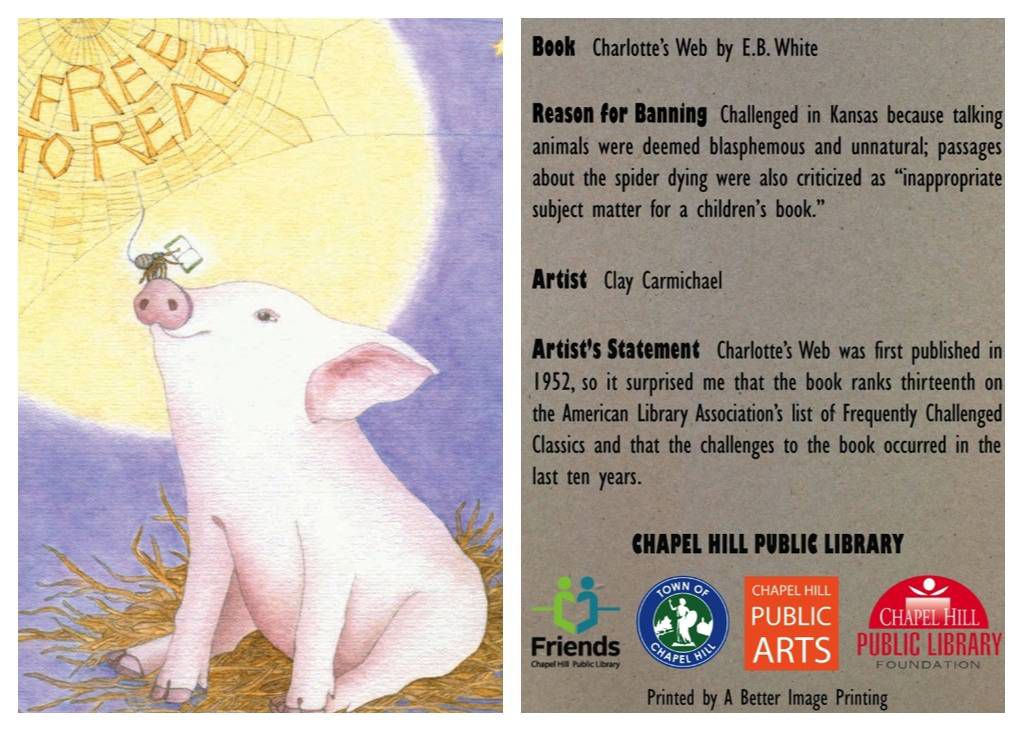 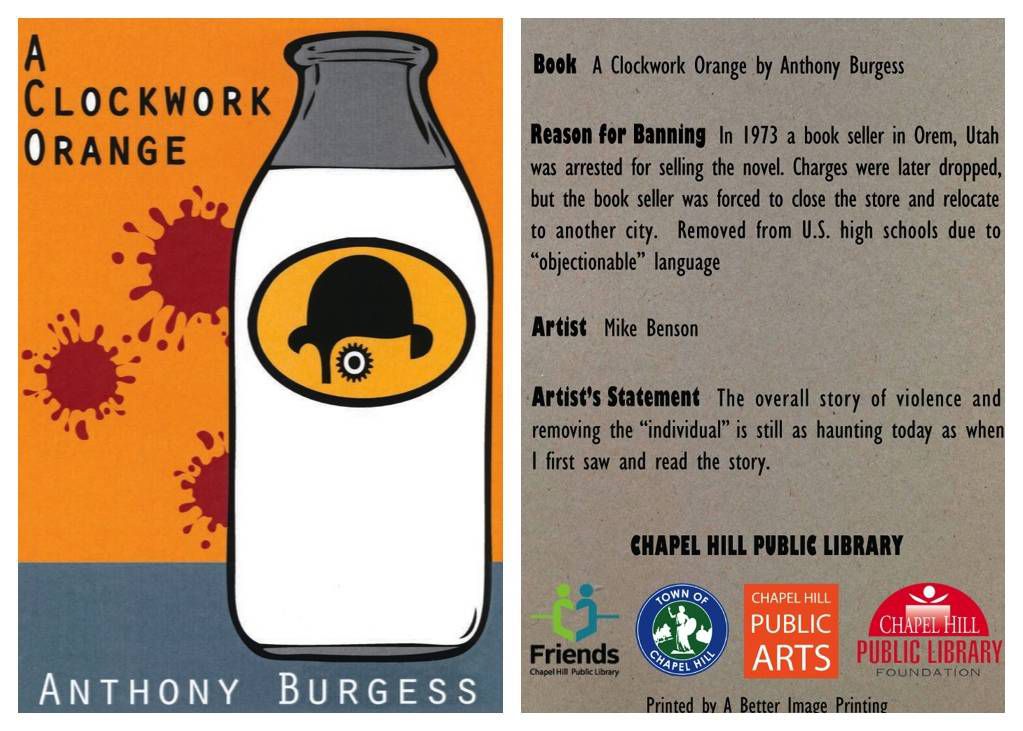 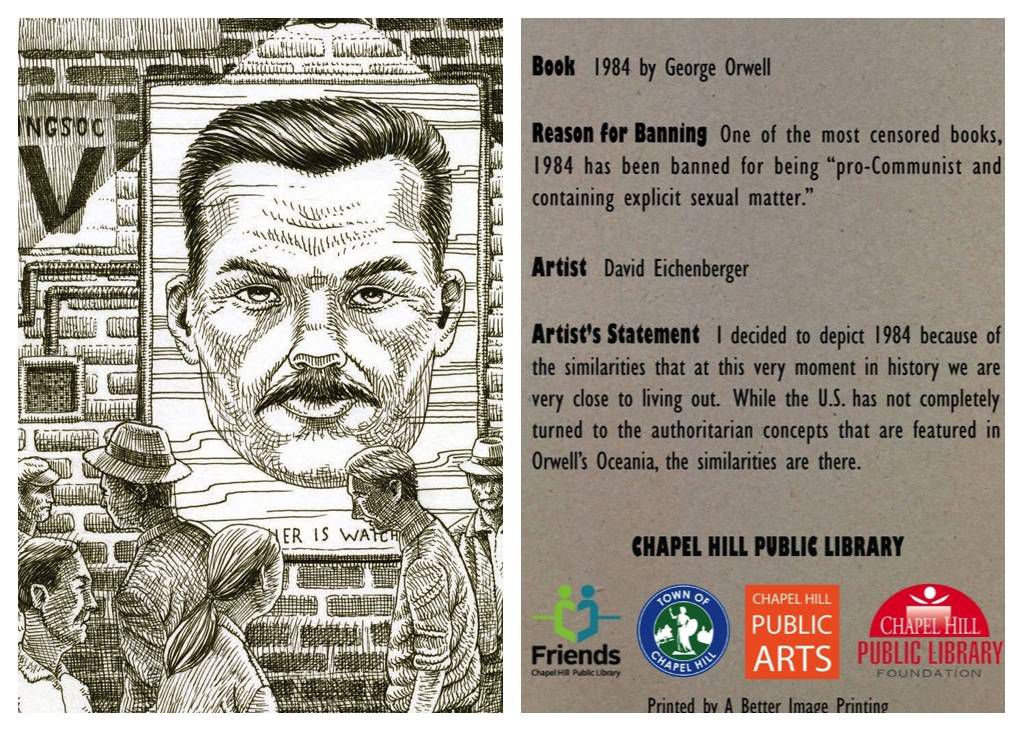 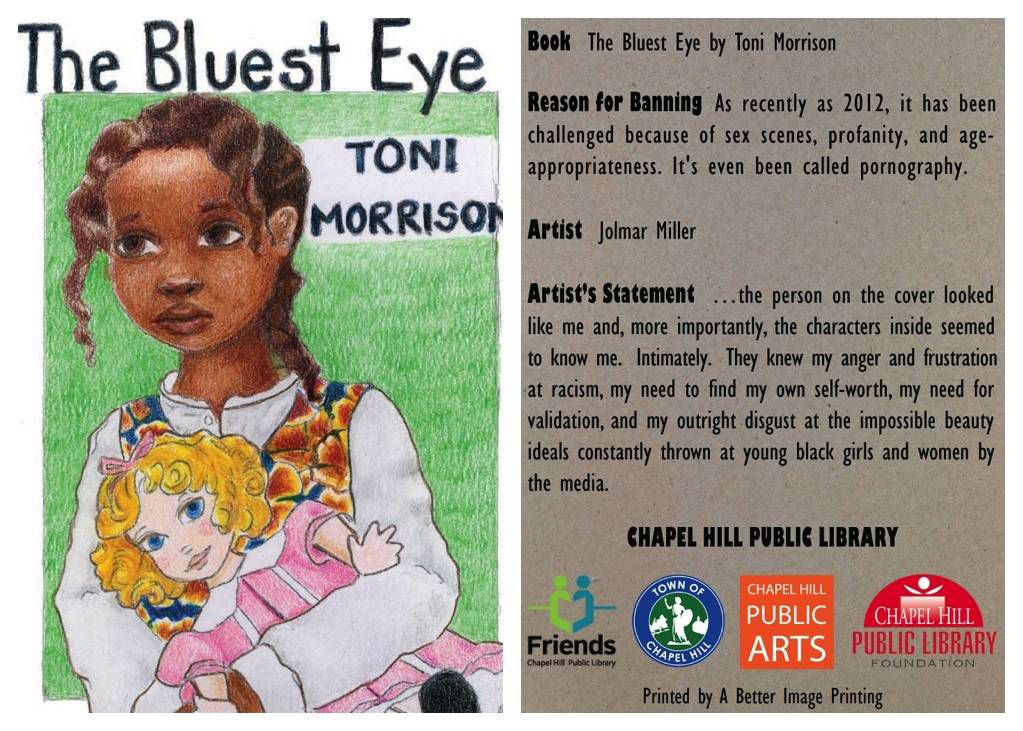 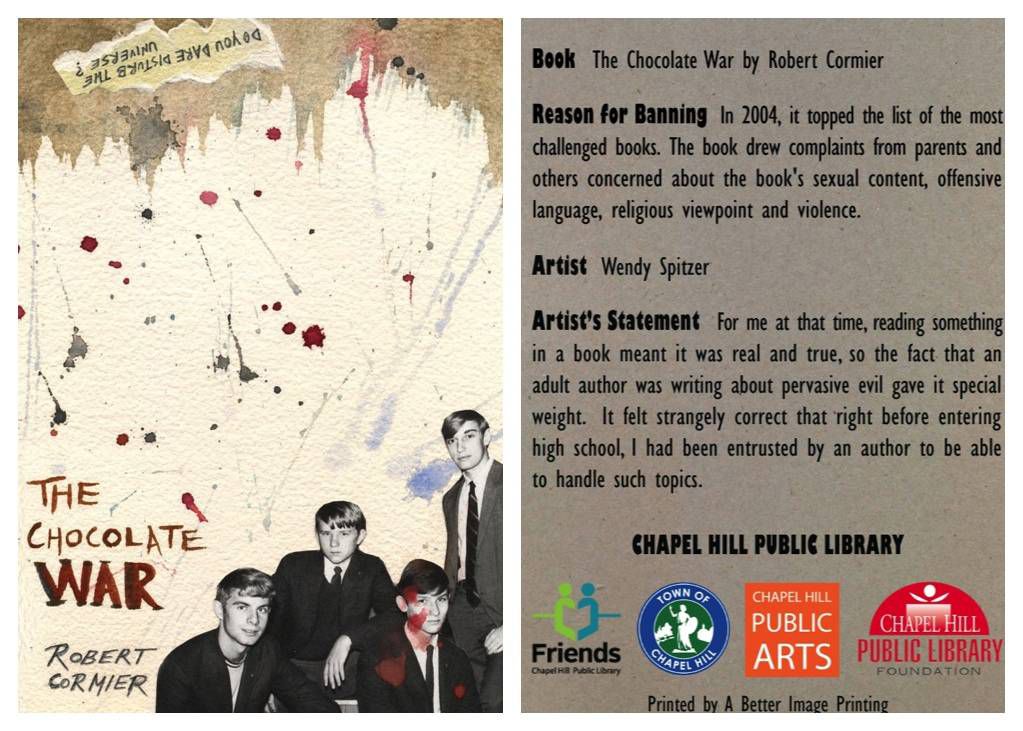 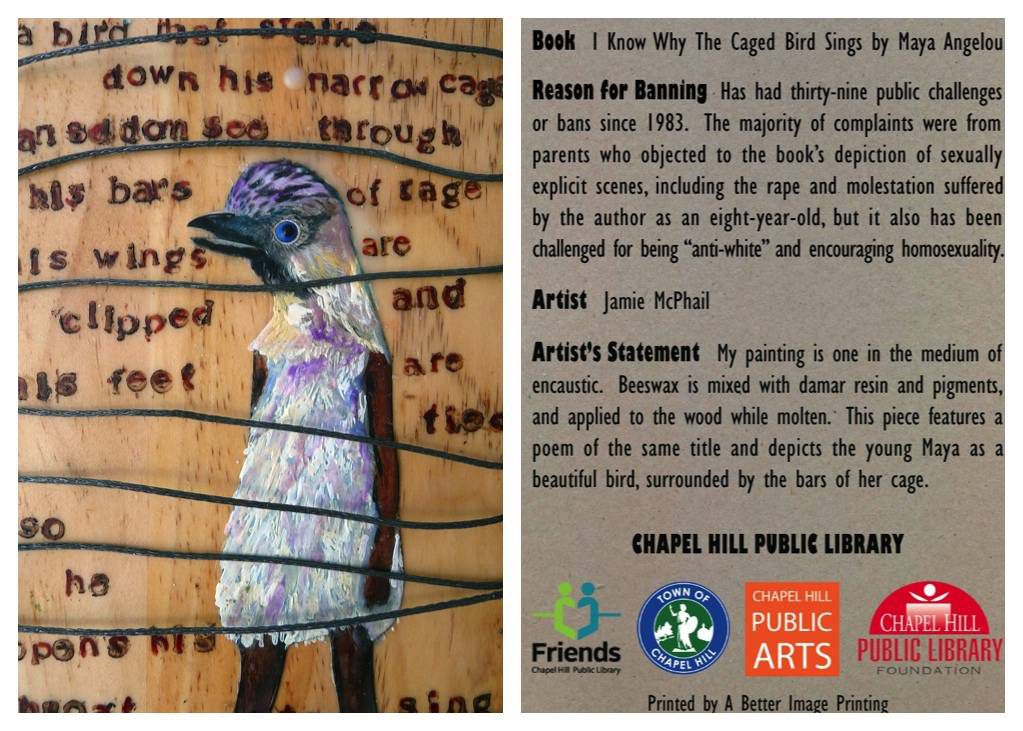 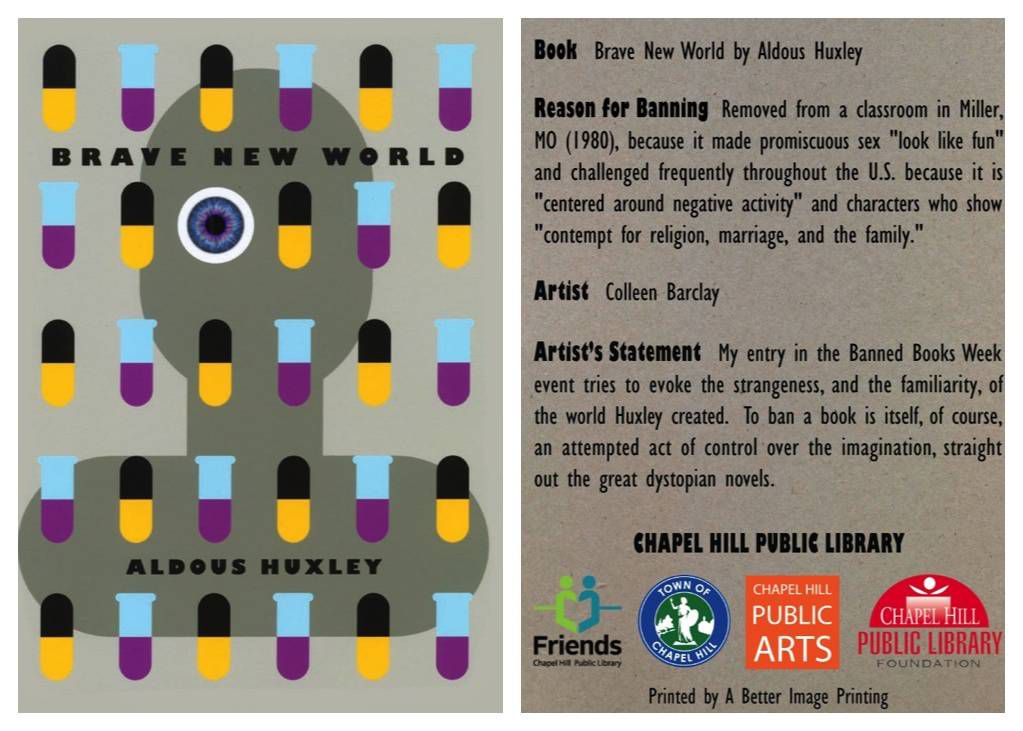