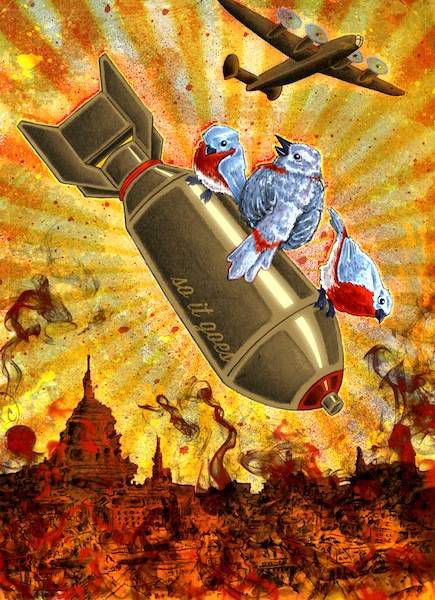 Nothing brings the literary community together like a week of celebrating our freedom to read, and few organizations know that better than the Lawrence Public Library in Lawrence, KS.

One of only eight libraries to receive a grant from the Freedom to Read Foundation for Banned Books Week promotion, the Lawrence Public Library put out the call this summer for local artists to submit designs for trading cards inspired by banned books and authors. They received dozens of entries and selected seven winners, revealing one a day for the past week. We’ve partnered with them to bring you all seven works AND the backs of the cards that detail the books, why they were banned, and the artists’ inspiration.

Gotta have ’em? You can purchase a set of banned books trading cards here.

You can’t have a banned books list without some Orwell. 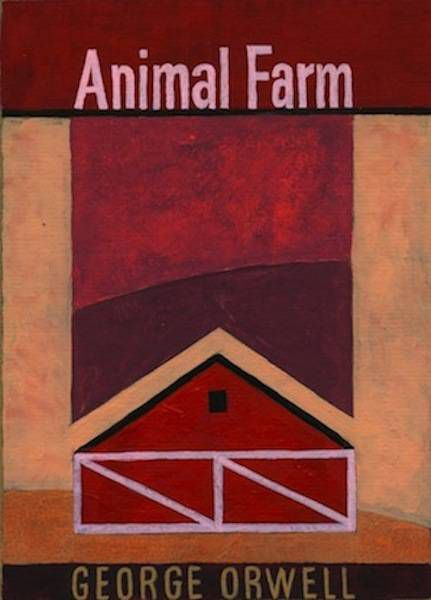 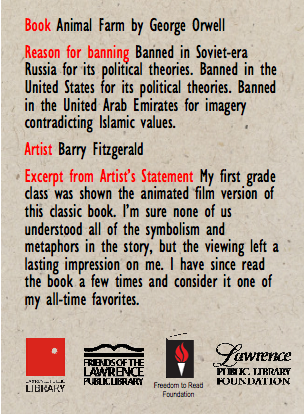 Vonnegut is challenged frequently. So it goes. 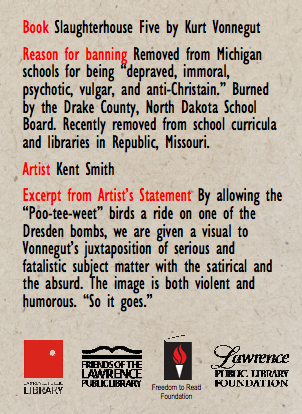 Is it me, or is there an animal theme happening? I think Mr. Updike would approve. 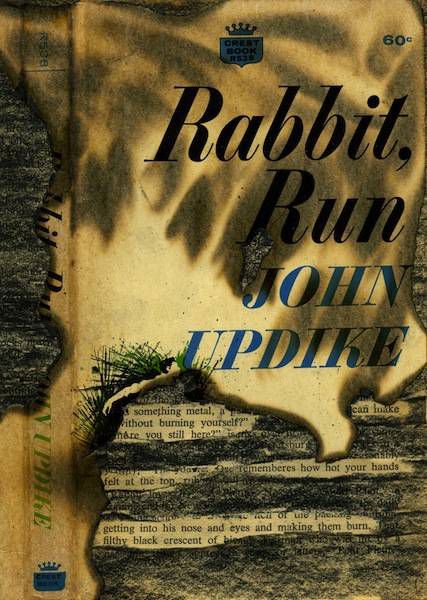 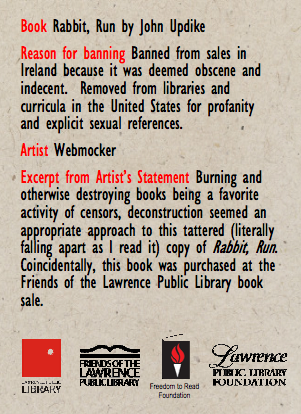 The library received many entries from high school students. This card for Call of the Wild was the only one selected! 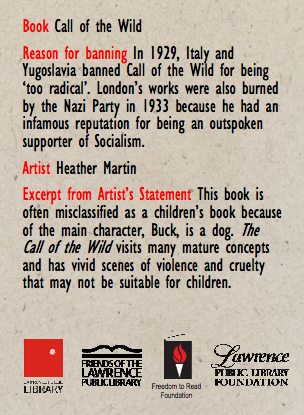 This one’s particularly appropriate given Kansas’ fraught relationship with evolution. 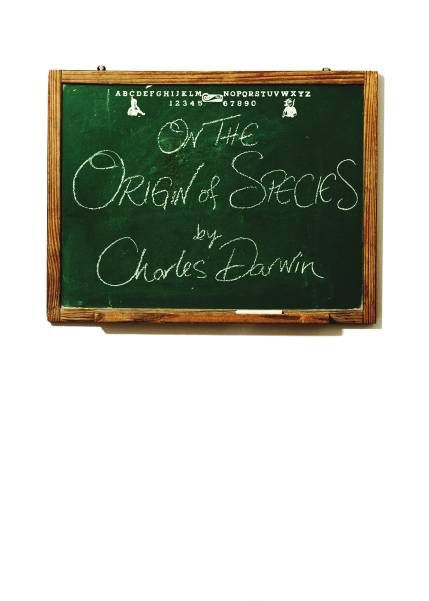 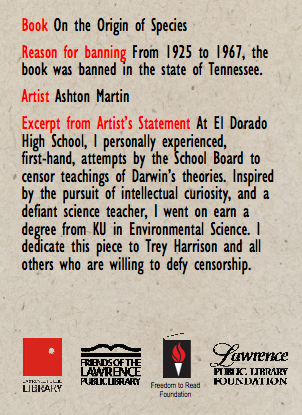 This was a blind contest, so the Library didn’t know it when they selected winners, but Ashton Martin (above) is engaged to Lindsey Yankey, who designed the below card for Little Red Riding Hood. 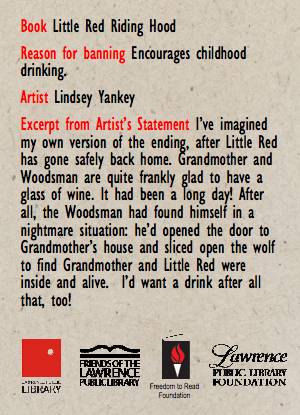 Big Brother gets an all-too-familiar update in this take on 1984. The set of trading cards starts and ends with Orwell. What could be better? 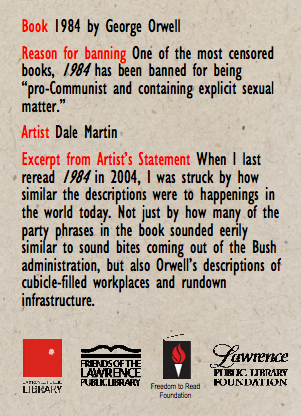 See the artists’ other work:

Big thanks to Susan Brown and the team at the Lawrence Public Library for sharing these with us. We’d love them no matter what, but with three University of Kansas alums on staff, we are extra proud. Damn, it feels good to be  Jayhawk.