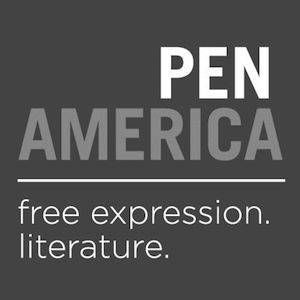 It should be no surprise if you’ve been reading Book Riot that we care about diversity in our bookish entities — libraries, publishing houses, foundations, awards, trade shows, etc. Too often, the news is bad; announced line-ups are typically all white, mostly or all male, and rarely representative of the cultural make-up of the U.S. It can sometimes be enough to make you scream into the void (or into Facebook. Same difference).

But then, every once in a while, we get a shining example of the right way to do diversity in publishing. Earlier this week, the PEN America Center announced the judging panel for their PEN Literary awards, some of the most prestigious in the country. THIS, ladies and gentlemen, is how you do diversity.

Each of their more than a dozen awards has a judging panel of three to five literary experts, and nearly all the panels includes a diverse group to choose their winners. There are exceptional judges who are POC – like Victor LaValle for Debut Fiction, Cristina Henríquez for Emerging Writers, Emily Bernard for distinguished Biography, Viola Canales for the Working Writer Fellowship – that demonstrate the breadth and width of our diverse literary talents.

Not every category has a diverse judging panel – ahem, looking at you Literary Sports Writing – but the vast majority of the panels are well-represented. And when most of the panels are appropriately diverse, as consumers, we are more willing to give the organization the benefit of the doubt. There’s a good track record there.

These judge selections are not notable just because they include a variety of voices from across races, nationalities, sexualities, and ethnicities; rather, when a list that truly IS representative is released, there is little aside from each judge’s qualifications and the judging body as a whole to remark upon. There is no need – when there is parity – to point out the problematic choices of the organizing body; and when there is no need, everyone faces less scrutiny all around. It’s not a hard equation.

Which begs the question: if the PEN American Center can do this, why can’t everyone else?

The answer is easy. As an organization, if you are committed to diversity, committed to representing the whole beautiful population, it shows. And hopefully, that commitment in your judges carries over into the Long Lists and Short Lists and Award Winners. And when those winners – chosen by a diverse judging panel – are equally as diverse, publishers and editors and book retailers might take a bit of a closer look at the books they choose to acquire, the authors to whom they offer book deals, and the books they choose to stock on their shelves. It’s a crazy, yet wholly logical and gratifying cycle.

This is what all list announcements should look like. Aside from my commentary about how unusual and wonderful this is, I’d love to live in a moment when the diversity of a judging panel was a given and an all-white, all-male panel was unheard of. But until we get there, judging panels like this are the example for the rest of publishing, leading by example.

If the PEN Literary Awards can do it, so can everyone else. What are they waiting for?