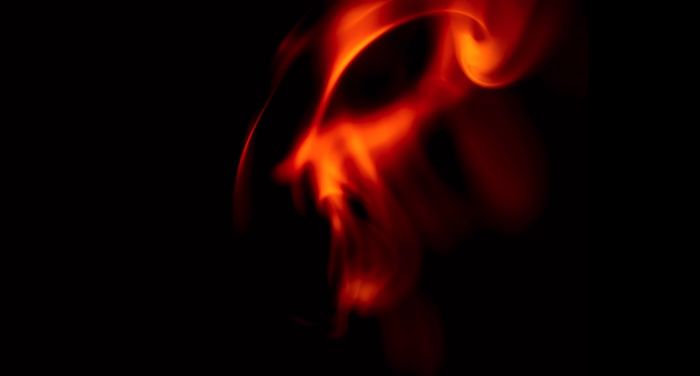 Raising demons is something we’ve done in literature forever, and modern fantasy still loves it. The cultural motif in European myth where a character trades a soul for power or the Faustian bargain is the classic result. The phrases “deal with the devil,” “when the devil comes a-courting he offers you what you want,” “Satan in a Sunday hat,” and “the devil’s bargain” are all some version of the devil made me do it. Since the inception of the motif, characters have risen demons to broker deals or renegotiate old agreements. In most myths, the demons come from a separate plane, and so it is up to someone to raise them.

When Christopher Marlowe explored the process of a devil’s bargain in his 1604 play Doctor Faustus, the tale was already in early modern London. From pagan myths about deals with fairies, witches, or gods, to biblical warnings about Satan, bargaining with beings older than time itself was everywhere. The process of summoning is often secret, difficult, and dangerous. Protagonists have to be desperate to even consider a trade. Nonetheless, they still want to make deals with the devil.

In a tale as old as time, Doctor Faustus calls upon the devil, Mephistopheles, who works for Lucifer, the king of hell, to gain more knowledge. The good angel pleas, “O, Faustus, lay that damnèd book aside / And gaze not on it, lest it tempt thy soul” (lines 70–71), but it is no use except as a way of voicing Catholic interests in the theatre.

You don’t call asking for the devil unless you see no other choice. We know of course that there will be a price. You cannot get something for nothing. The idea is that this time things will be different. This time, you will succeed in outmaneuvering a being older than time. You are not like the others. You are smarter.

In Shadow of the Fox by Julie Kagawa, Kage rigorously trained as a samurai with the hope of controlling the demonic force trapped in his blade only to lose control. Similarly, in Mortal Danger by Ann Aguirre, Kian had worked with brokers of Faustian bargains and still managed to lose his footing with one poorly written contract. Even when people train for years to handle negotiations, demons can gain the upper hand.

Raising Demons: The Costs and Benefits

Raising demons is such a familiar fantasy trope because we know it shouldn’t work. When you ask for one thing, you may receive it at a great cost. You may even sacrifice everything for nothing if the devil wills it. It will always come to a battle of good versus evil when demons are involved, even if it ultimately results in determining that the devil is not so bad in the first place when the right demon saves the day. When the enigmatic demon Crowley works to save the world in Good Omens by Neil Gaiman and Terry Pratchett, he successfully skirts the apocalypse without asking for anyone’s soul in exchange. He is one demon anyone would want topside.

Faustus, however, was not dealing with a benevolent devil. Instead, he traded his eternal soul in exchange for 24 years of Mephistopheles’s service. Essentially, Mephistopheles will answer any question, attack any enemies, and obey any command. The bargain guarantees a payday at the end of a relatively short period of time.

The Rehearsal, Ritual, and Rise

The creepiest part of the whole ordeal is the amount of blood in the process. Although, I do admit it looks amazing when staged, and I would recommend the 2016 RSC production. Nevertheless, the Doctor calls the devil with blood. Next, he writes the contract in blood that keeps congealing before the terms are finished. The process must repeat. Some read this as the body protecting the soul from leaving the body. The Doctor’s folly is pursuing knowledge despite his bodily defenses.

Less bloody demonic raisings still have their problems. The process of raising demons is like baking a cake. Follow a recipe and use precise ingredients, timing, and temperature and you get the perfect confection, but accidentally substitute baking soda for baking powder, and it all goes to hell. No one wants to accidentally summon the devil, just read Hellhole by Gina Damico where Max accidentally unearths a pit to hell during a fossil dig and frees a couch-surfing demon.

Historically, this difficulty has explained the failure of alchemy and other dark arts. The Red Scrolls of Magic by Cassandra Clare and Wesley Chu and Ninth House by Leigh Bardugo even draws on the endless fascination with the occult and perfecting demon raising techniques amongst the public. Both novels explore mundane cults who look to raise a demonic entity and gain power through bloody sacrifice refined over years of trial and error.

So it isn’t shocking that in return for a flawless summoning, Faustus is famous. His endless knowledge attracts dining invitations from noblemen. Faustus proclaims “Ah, gentleman, I gave / them my soul for my cunning!” (Lines 35–36), so it is not even a secret. The play is a bit of a fever dream with out-of-season grapes and other impossible delicacies. In the end, he regrets the bargain he made and asks for forgiveness.

Regret and bargaining are always present with demons around. An aspect of the myth originates in a fear of contract law and failed negotiations. An early motif warning against the dangers of not reading the fine print. Until you meet someone who can find a loophole in your contract, you are stuck.

Recently, pulp favorite That Ain’t Witchcraft by Seanan McGuire explores contract renegotiation when one cryptozoologist from the Price family stumbles upon a town in Maine. James’s ancestors and best friend brokered a deal with the crossroads only an expert could break. Even in Rainbow Rowell’s YA hit Any Way the Wind Blows, raising demons to renegotiate an old contract is crucial, but only a wizard as clever as Penelope could possibly end the deal. But sometimes, there is no way out, no final save, and you have to deal with the consequences anyway. The balance between salvation and hopelessness keeps readers endlessly engaged.

A Brief Aside for Doctor Faustus in History

Historically, Marlowe’s play came from the German legend known as The Faustbuch published in 1587. It was actually based on a real person, Johann Georg Faust (1480–1540). Doctor Faustus was also a clever student who learned languages, necromancy, witchcraft, and other dark arts in the legend. He too made a deal with the devil using his knowledge and followed a similar path.

The tale warns others to fear God and avoid conjuring any devils who only offer pain. Interestingly, scholars have long disputed if both the novel and the play are demonic or important Christian works. Surprise! Demons are controversial. The mere hint of demonic literary figures often lands books in the banned pile. But it is oh so wonderful when authors keep doing it anyways.

Back to The Aftermath

When protagonists confront the demon they raise and offer everything in exchange for that something they yearn for, they often regret their choice. In V.E. Schwab’s recent release, The Invisible Life of Addie LaRue, the protagonist makes an impossible trade. The broad terms of her deal force Addie to rearrange her immortal life around being endlessly forgotten when she leaves the room. Regret will always follow a bad deal.

It is less of a religious conflict, for me at least, and more of a realization that they didn’t realize what they were giving up because people change over time. A version of yourself from five years ago may have been willing to make the trade, but your present self has gained friends, a job, or a new sense of self and cannot fathom why your past self made the choice they did. Raising a demon starts the clock, and as time goes on, you are less like the person who made the deal.

In a non-demonic setting, we make these kinds of deals every day. Raising demons is a fun external way to work through this internal conflict. You decided to go to school instead of pursuing a career in theatre. You gave up a relationship for a job that you desperately wanted. You picked X over Y and years down the road, you regret the path that was closed to you. Sure, raising demons is an objectively fun time in fantasy, but I think the real reason satanic summons keep popping up throughout modern fantasy comes down to very human emotions.