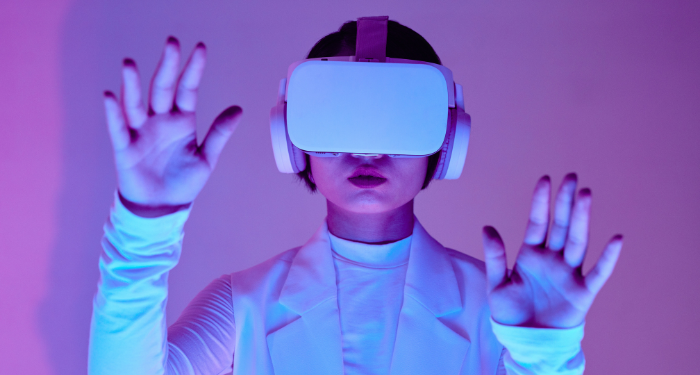 A seemingly simple question over which fandom wars can and have been fought, “What is science fiction?” has a complicated answer. After checking a couple of dictionaries, the consensus seems to be: Stories that hinge on scientific or technological advances, which often are set in the future or in alien worlds.

A hotly debated point when it comes to science fiction characteristics is what constitutes a suitable “scientific or technological advancement.” Does it have to be something actually feasible? Because let me tell you, with our current understanding of physics, neither faster-than-light travel nor anything that involves time travel fits the bill. Warp drive that functions because of special crystals is no less magical than elves casting fireballs; the main difference there is the aesthetics. This is often framed as soft vs. hard science fiction.

(And while we’re mentioning the strange line between magic and science in fiction, you should read N.K. Jemisin’s great essay, But, but, but — WHY does magic have to make sense?)

Which brings us to…

Science fiction is often grouped with fantasy under the umbrella of “speculative fiction.” That categorization indicates the “what if?” is the important part, and acknowledges that there’s a continuum. You might as well shelve all the speculative fiction together, because no matter where you draw the line between science and magic, you’re going to find a weird edge case that is arguably both. I feel that Ward Shelley’s famous “The History of Science Fiction” painting is a good way to visualize why defining this genre can be so difficult. And, it should be noted, what science fiction contains has evolved a lot in even the last decade.

Unlike many other genres, what is science fiction hinges on elements of setting rather than a suite of plot points. We all know what makes up a story in the mystery genre, for example. Or a book cannot be a romance if it isn’t about at least two people coming together in a relationship and ending with a happily ever after (or possibly happy for now).

I’d argue the “scientific and technological advances” part of that first definition isn’t necessarily the plot in the science fiction — though it can and often is. But just as often, it’s part of the setting that defines and influences how the plot unfolds. Consider Dune, for example. It’s definitely science fiction. It’s set in a world with massive technological advancements that influence how the plot develops, and Dune certainly would be a different book without it. But the plot isn’t about the technology.

Which is why, if you ask me, “What is science fiction?” my conclusion becomes: Fiction that contains a speculative element integral to its setting, which affects its plot, and which aesthetically leans into technology and science. (And here, I may or may not be using “aesthetic” in the same sense as the inimitable Joanna Russ.) This is admittedly a very expansive definition of science fiction that I have no doubt some people might disagree with — and that’s all right! I’ve simply always preferred the big tent, omnivorous approach…and I’ve had too many bad experiences where I’ve seen a definition used as a way to privilege some stories over others.

In the end, the definition is there to help you find books that you’ll enjoy…and if someone wants to argue about it, you always have the option of closing Twitter and reading one of those books.

A Bit of Further Reading

While it’s more about a particular recent kerfuffle in science fiction fandom, Cora Buhlert’s Science Fiction Is Never Evenly Distributed is a great read that touches on a lot of the issues on how science fiction is sometimes defined. (She’s also generally a great writer to follow.)

Nature: Science Fiction When the Future Is Now