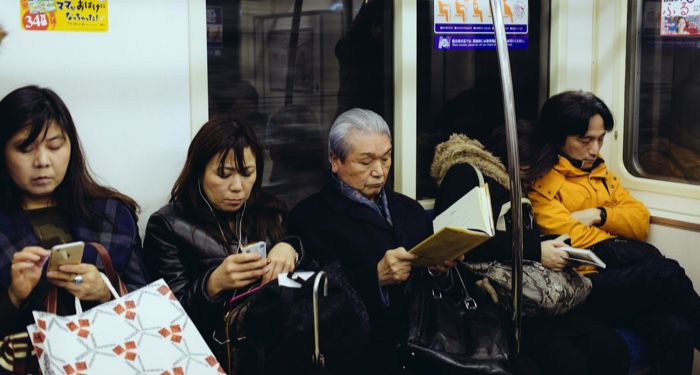 I have a bad habit of leaving books behind as I travel. Once I’ve finished with them, and as long as they’re not library books or books I’m sure I’ll reread, they feel like a physical burden. I’m reluctant to tote these along on lengthy travels. So I’ve spontaneously left books in hotels, trains, and buses, in addition to the more usual suspects (little free libraries, charity shops, waiting rooms, with willing friends, and my office).

I’ve always guiltily hoped that the books wouldn’t be discarded, but have had no proof of this. A hotel receptionist once told me, clutching the book to her chest, that she would read the China-set sci-fi novel (Maggie Shen King’s An Excess Male) I’d just finished and left in my hotel room. Another time, after having been unexpectedly given some terribly erudite books on international relations that I knew I’d never get around to reading, a colleague told me that the hotel cleaners should be able to sell the tomes I’d left in the room.

So I admit that I’m an unscrupulous discarder and regifter of books. And I’m likely not the only one, as I’ve found books in some unlikely places as well (most recently on a park bench).

But what actually happens to these books that unfaithful readers leave behind, whether deliberately or inadvertently? Well, there’s plenty of variation. Most of the companies I contacted about this didn’t provide information specifically about books. But a few did supply these details, or had publicly available information.

The London Underground’s policy is that lost property has to be claimed within three months. Unclaimed books are sent to central distribution points for several charities: the British Red Cross, the Salvation Army, and the disability nonprofit Scope. Princess Mills, a press officer for Transport for London, adds, “Personally, I think there’s nothing like a good book, so hopefully they find new homes!”

Another massive subway system, the Tokyo Metro, has a similar timeframe. It stores left-behind items for three months. According to the Tokyo Metro’s Customer Relations Center, most lost items are things like umbrellas or household items. It’s rare for books to be discarded by passengers.

In general, it can be hard to get back items left on flights, including ereaders. Yet according to Unclaimed Baggage, the Alabama-based company that claims to be “the nation’s only retailer of lost luggage,” less than 0.03% of all airplane luggage is lost for good. The objects that are genuinely lost tend to make their way to Unclaimed Baggage, which resells a dizzying variety of suitcase finds. As of the time of writing, 35 books were available for sale in their online shop. These were chin-scratchingly eclectic. They included three copies of Will Self’s satirical novel The Butt, priced at $5.99, a Portuguese cookbook selling for $34.99, and a signed copy of politician Nikki Haley’s book for $65.99.

As with the other places on this list, hotels have varied policies (or no policies at all) for abandoned books. Some luxury Hilton hotels have a “Bedside Reading” program. This offers free print books to guests, which they’re able to take away with them when they leave; the program offers ebooks and audiobooks as well. (However, COVID-19 may have disrupted some of this.) If guests leave behind their own books, these sit in the hotel’s lost and found center for a while. Eventually they’re donated to the veterans’ charity Vets Connect.

This is just scratching the surface of one part of the lost books pipeline. What happens to books left, whether by accident or design, in trains, buses, amusement parks, airports, malls, and other crowded spaces? Please reach out if you have any intel.