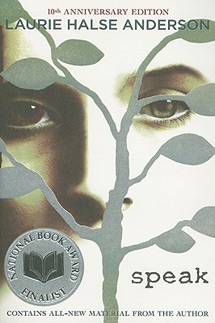 Many times, it’s big-name publications that get young adult literature all wrong. Their “experts” call anything published for the under-18 crowd YA, or they make claims that there aren’t any books written for boys (I covered this in my 5 Things to Know About YA post).

But really the blame might be grown-ups more broadly. 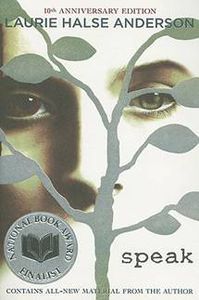 Neither of these are the first challenges to YA lit, nor will they be the last.

Another interesting grown-up phenomenon is that of suggesting that YA books today are nothing like they were back in the day. That when today’s adults were growing up, either there were no such things as YA books or that YA books were in no way as dark, scary, profane, or bleak as today’s YA books.

Neither of these are true.

YA as a recognized category began somewhere in the middle of last century, and the real rise in YA came in the form of some of the most ground-breaking, honest, sometimes-bleak classics we all know: S. E. Hinton’s The Outsiders (1967), Robert Cormier’s The Chocolate War (1974), and Forever by Judy Blume (1975). None of these books have been without their critics, either. Technically, these titles promote violence, deception, cheating, and having sex.

“Technically,” because like Anderson’s book or Ness’s series or any number of other YA books that some adults like to raise hell about, these titles promote only what readers want them to promote. Because without context of story, you can make a book about anything you want it to be about! A story about a girl who is silenced following sexual assault is child porn when you tease out only those passages that discuss sex and you choose to read it that way. Ness’s book, which is “actually an adult book,” is so because . . . an adult is reading it through adult eyes.

Some grown-ups are afraid of context.

It’s clear not only in their claims about what it is YA books are promoting but also in their strong stances that YA books were never as “bad” in their day.

Of course they were. 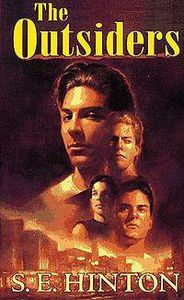 The difference is that back in their teen days, the context was different. They were teens themselves! The context was living, breathing, and experiencing the hard truths and sharp edges that come with navigating adolescence in the moment. The context was discovering that sometimes bad things happen to people or the realization that grown-ups are flawed creatures. That sometimes — more than sometimes — the world is a cruel and unforgiving place, no matter how much you play by the rules.

Teens don’t read books like Anderson’s or Ness’s, Blume’s or Cormier’s, or any other books published as YA each year as how-to guides. They don’t read them as prescriptions for how to engage in violence or how to join gangs or how to be promiscuous (which only ever applies to teen girl characters anyway). They’re smart enough to know the whole story matters. That challenges and situations matter in context — their adolescence.

Do adults read Gone Girl as a prescription for how to ruin a marriage?

With thousands of YA books published each year, it’s worth the reminder that it’s only a small number being called out as the problem. No matter how much YA advocates rally and fight, those grownups will still be pointing to fictitious arguments and digging out problems where no problems exist. And no matter how much success these adults have at pulling books from curriculum or bookshelves or crying to have awards given back to books that are about “real teens,” the truth is that they’re forgetting that real teens are reading these books and are getting the context because it’s a context they’re living every day.

These challenges are instead reminders that adults want to shield teens from their own contextual experiences. Because when you take away the books that are problematic, you are also able to take away rape, violence, gangs, sex, and every other scary trigger that is part and parcel of the lives of teens today (and the lives of teens in the past).

Listen, adults: you are welcome and encouraged to enjoy YA all you want to. There are great stories here! But the minute you try to take away the books from the teens who they’re intended to reach, then you’re overstepping your boundaries. Just because you don’t like seeing it doesn’t mean that teens aren’t seeing or experiencing these things. They need these books to help them remember they’re not alone. They need those reminders that this isn’t always a fair or kind world. The minute you see something as “child porn” is the minute you take away a book from a reader who needs to find his or her own voice through it to speak up about the cruelties inflicted upon them.