The most recent book I read was about 400 pages long. That’s not a very exciting statement on the surface, is it? I’ve got lots of books weighing down my shelves that are easily twice that or more (for example, Alan Moore’s Jerusalem, with which I could stop a home invasion or crush a household pet). This 400 page book was a collection of short stories, and pretty excellent ones at that.

Now I suppose someone out there might rush short story collections, but that’s never been me. For one thing, the rhythm changes with each story, slowing me back down. For another thing, why rush? With so many stories offered up like that, it would be like chugging at a wine tasting (try it!) instead of savoring and exploring, like you’re supposed to.

Despite all that, I was reading along and getting more and more tense as I went. I was tense that I was still reading this book. “Too long!” Shouts some little jittery voice in the back of my head, “Let’s just keep reading this one book until we die of old age! OMG!”

(If that seems obnoxious, you should try living here, I’m afraid)

I had only been on the book for about two weeks when it began to stress me out, but that was enough to make me really examine the problem and start trying to think about a remedy.

I realized for example, that it was a Fall/Winter tradition for me to re-read Jonathan Strange & Mr Norrell It’s a fairly massive wander through Napoleonic-era England and Faerie society. It’s the sort of book one climbs into and gets lost inside of, and that was what I had relished doing every year right about now.

But not the past couple of years. And I noted that there were other long books sitting on my to-read shelves that were also getting no love. All those epics, those biographies, history books, all of them sad and feeling unwanted and wishing they had gone home with better readers, probably.

Moreover, I realized that the few times I had read a long book, I wound up reading a shorter one alongside. Like a pressure release valve of sorts. That would be a good analogy, it turned out. 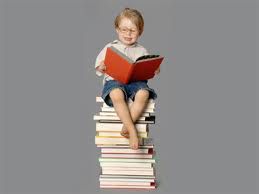 Pictured: All of us, basically

It was you people. And it was social media.

This was great to realize because up ’til now, I was the only writer on the internet I think who hadn’t blamed social media for something, and if I didn’t do it soon then I was going to face some pretty stiff fines. (If I could find a way to pin this on “millennials,” I would really be home free).

Anyhow, what I mean with the blame is, honestly, nothing bad at all.

In the past handful of years, the biggest change to my  life has been social. Reading is a beloved activity that has been a private one my entire life, thus far. I was never going to be a book club sort of person, and friends and acquaintances were either not reading people, who read nothing like the weird range of stuff I liked to read. One gets used to it pretty quick, so I just read my own way through the libraries and bookstores of the world, and that was okay. But suddenly, this love was one I could share with countless like-minded folks on the Internet. It was, and is, brilliant, to know so many readers. To share books, discover new ones, trade opinions (or just generally enthuse/gripe) about books we’ve all read. It’s the very best, and I never get tired of it.

Combine that with the social media places of a bookish variety, and I wind up with the perfect storm of bookish love.

Goodreads, Litsy, and this place (Bookriot.com, good grief, try to keep up), are all my regular haunts.

Aaaand….that’s my problem. In the past few years, I am surrounded by cool people reading so much, so fast, and showing and talking about what they’re reading across all sorts of sites, and I wanna read and share and talk and immerse in all of it too, but the part of the way one does that is by doing things visibly, such as starting and finishing books, and anyway there are oh my god SO MANY books to read, oh yikes…and suddenly, a long slow read seems like, on some level, an impediment rather than a pleasure. At a certain point with a long book, you just have to knuckle down and read all 800 pages. Talking won’t get you there. And when talking is a big part of the fun, then they can wind up clashing.

(Interestingly, it isn’t just me who has noticed this same problem and been thinking about it, which I can assure you based on the most reliable method there is, I.e., “I asked people what were hanging about the Bookriot back channels and they agreed with me.” Seriously, though, it wasn’t just me, either in problem or rough timeline of it occurring, and I think this is why.)

So. I have named my pain (and it is Batman). (Sorry). But so named and understood, what can I do to solve it?

Well, here’s where it all falls down, I’m afraid, because the problem is that talking to readers and using book social media isn’t something I really want to solve. I don’t want either of those things to go away, after all.

So what do I do? Be willing to fall quiet and disappear into big books now and then, and understand that the book world will be waiting for me when I get back? Or perhaps, find some way to talk about big books, as I get through them. Or! Maybe I just need to stop sleeping and read even more. NO SLEEP TIL BOOKLAND! That seems like the healthiest solution to me, obviously.