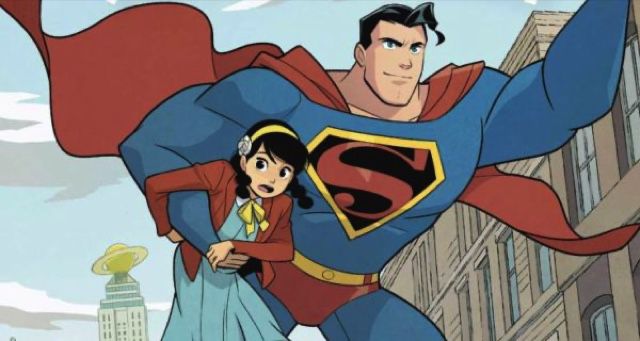 I don’t often write posts covering one book. Book Riot isn’t a review site: we’re interested in your reading life and adjacent subjects, not on putting value judgments on whatever it is sparks joy when it enters your eyeballs (provided whatever that is doesn’t hurt anyone else). 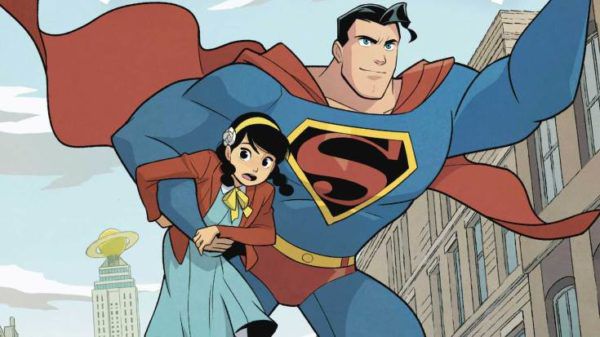 Every so often, however, a very special book—an extraordinary book—comes along, and a Rioter will choose to spend a little more time with it, not to give it a seal of approval or disapproval as such, but because we think it’s important. It may be important because it isn’t what it seems to be and ignites an important debate we as a society should have had long ago. Sometimes it’s because said book touches on current events in some way, even if that way is wearing a cape and tights and flying around in 1946.

Yeah, that last bit may have been a giveaway even if I hadn’t included the name of the book in the post title. In case you missed it, I’m taking a look at Superman Smashes the Klan by Gene Luen Yang and illustrated by Gurihiru, due out May 12 of this year.

Superman Smashes the Klan is based on a story arc that was part of the Adventures of Superman radio show in the ’40s. The arc was named “Clan of the Fiery Cross” and, according to DC’s press release about the graphic novel, “is widely praised for its impact in changing public opinion towards the Ku Klux Klan” (alas, the impact doesn’t seem to be as lasting as reasonable human beings would have hoped). 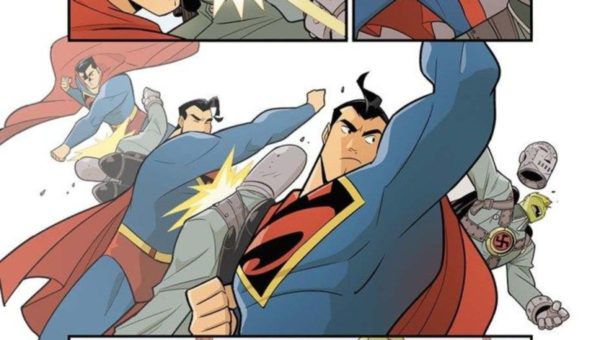 The graphic novel releases during what’s proving to be an interesting time for Superman. According to several articles published in the last few months, Warner Brothers isn’t sure how they want to utilize the character in their film projects going forward (things in the Arrowverse are much more settled with Tyler Hoechlin’s Clark and Elizabeth Tulloch’s Lois lined up for their own show). I had some thoughts on the Superman “problem” I discussed in this Book Riot post not all that long ago. I’ll summarize for those of you who skipped it: my conclusion was that, instead of trying to make Clark/Supes dark and…that other word we’re all very tired of at this point (gritty, that word is gritty), they should let him be Superman. That doesn’t mean he should be all sunshine and rainbows; he can have dark thoughts, dark moments, terrifying ones for that matter. But he moves through them and past them and is, at base level, an optimist. He’s capable of stetting individuals apart from the collective: yes, there are bad people, but humanity as a whole has the potential to be something pretty amazing. He’s kind and a little dorky and he will always look for the truth.

That’s the Superman we get in Superman Smashes the Klan.

Clark is struggling at the beginning of the story, having strange dreams, striking out with Lois every which way. He’s angry at his parents, certain they’ve hidden things about his past from him but not sure he wants to know.

Then the Lees arrive, moving from Chinatown to a more affluent—and more white—part of Metropolis. They are welcomed with a flaming cross on their lawn. 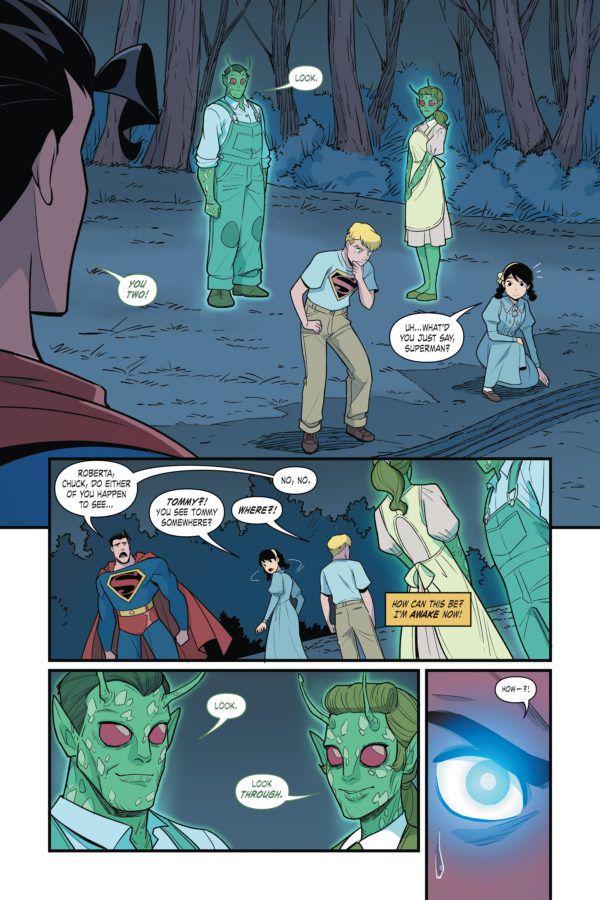 What does Clark do? He puts aside his own drama and he helps catch the perpetrators. He sets an example not only by saving kids and busting racist, xenophobic skulls, but by providing a positive model for a young man being pulled in the wrong direction by his uncle and refusing to back down when confronted with the terrifying Grand Scorpion.

Clark also sets an example by accepting his own past. By letting himself remember that not only does he have powers that set him apart but that he himself is an immigrant, that he himself came from somewhere else, that he himself has chosen to make Metropolis his home; he loves that home and he has no intention of letting anyone destroy it.

Not all of his fans react well to this revelation. Clark hates that but he accepts you can’t fix stupid; you can only show it a different, more compassionate, kinder path and hope it eventually follows you at the fork. Because as Thor so eruditely explained, “That’s what heroes do.”

Or, as Superman himself says, “…we are bound together. The Lees and I…our friends at the Daily Planet and the Unity House and the police department…everyone down there, really. We are bound together by the future. We all share the same tomorrow.”

Clark can’t change what’s happened and we can’t either.

All any of us can do is move forward and we’ll be so much stronger if we do that together.

So. Gene Luen Yang’s Superman is the one we need, even if we don’t deserve him. It’s a few months until the book drops but you can preorder it or at least mark the release date on your calendar. Because a Superman comic has never made me cry before. And they weren’t tears of anger or impotence. They were tears of hope. That maybe, if a bunch of people read Superman Smashes the Klan, read it to their kids, give it to their kids to read, then each of us can be a little more like Clark. And a little bit spread across a wide area? That’s a revolution.