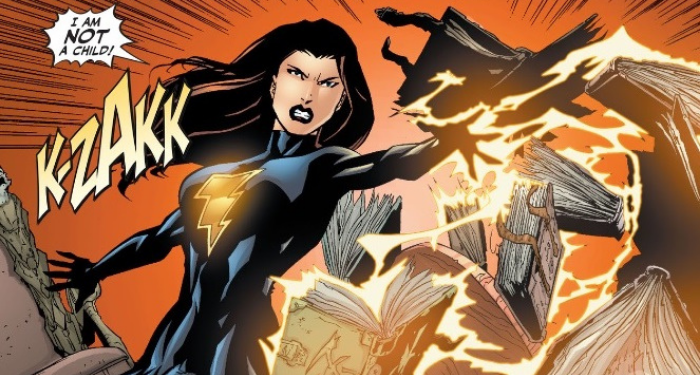 That title isn’t quite accurate. Very few, if any, characters wake up one morning, notice they’re out of coffee, and go, “Screw it, I’m evil now!” Most characters that we consider villainous believe that they are doing the right thing, or at least that they have no choice but to tread the path they are on. In short, they don’t see themselves as villains.

Superheroes are no different than anyone else in this regard. In fact, they may be more susceptible than most: when you’re lauded as the peak of human perfection, it’s easy to believe you can do no wrong, even when you are most definitely doing wrong. Being constantly exposed to human suffering and the worst humanity has to offer can strengthen the urge to throw decency to the wind and try to impose “peace” and “order” the hard way.

Since I’ve already looked at what happens when a hero is retroactively revealed as a villain, let’s now turn our attention to the reasons why heroes have gone to the dark side.

You Lost Your Home

Most superheroes have a home city that means a lot to them. For Hal Jordan, that city is Coast City. Or it was, until it was blasted out of existence. Jordan, now less than stable, used his power ring to recreate Coast City and all of its dead inhabitants.

The Guardians of Oa, who had given him the ring, tried to punish him for that breach of contract. It was one of the last things they ever did: Jordan proceeded to murder every other Green Lantern and nearly all of the Guardians, taking their power for himself. He was finally stopped by the new Green Lantern, Kyle Rayner, even as the genocidal Hal’s former allies continued to insist he wasn’t really evil, just really sad.

(For the record, Hal’s behavior was retconned to be not his fault: he was possessed by an alien bug thing. But no one knew that at the time, so their mealy-mouthed justifications leave a bad taste in the mouth.)

As told in the 1993 U.S. Agent limited series, Angel (not the dude from the X-Men) was a rich kid out for a lark. He didn’t take the heroing gig seriously until a civilian was killed by a bullet meant for him.

Racked with guilt, the ex-Angel decided he would pour his money into a secret organization that would execute all criminals, even if they had served their time and reformed. Angel was then confronted by U.S. Agent and crushed by irony — that is, one of the many angel statues in his back yard.

You Lost Your Job

The Global Guardians were the world’s only U.N.-sanctioned superhero team…until Justice League International came along, swiping both their prestige and their funding. The former team members dealt with this in different ways, but I think it’s fair to say that Jack O’Lantern had the most trouble adjusting.

Jack decided to hitch his wagon to Queen Bee, aspiring dictator of the Middle Eastern nation of Bialya. He helped Bee take over the country and keep the disapproving Justice League at bay. In fairness, she brainwashed him into it, and he did find his way back to the right side of the law before his death.

Oh, Hank Pym. Always trying to do the right thing and always bungling it in the most spectacular ways possible. In Avengers #59, while trying to suss out his feelings for long-time girlfriend Janet van Dyne, he accidentally douses himself with chemicals — it’s always those darn, ill-defined chemicals — that, uh, give him “schizophrenia” and turn him into the villain Yellowjacket.

I’ve talked about the results of this incident before, but in any case, Hank’s stint as a villain didn’t last long. He managed to snap himself out of it. However, his mental health problems (chemical-induced or otherwise) have continued to plague him ever since and were inherited by his daughter, Nadia.

You Lost Your Powers

After the events of 52, Mary Marvel, sister to DC’s Captain Marvel (now mostly known as Shazam), lost her powers. She grew increasingly despondent until she ran into Black Adam, who agreed to give his powers to her.

Unfortunately, Black Adam is not exactly the nicest super-being on the block. Even more unfortunately, this occurred in that sack of sweaty gym socks masquerading as a comic book, Countdown to Final Crisis. Black Adam’s powers corrupted Mary to the point where, with some nudging from Eclipso, she went full supervillain. Though she briefly snapped out of it and sacrificed her powers, she then went back to being evil, just ’cause.