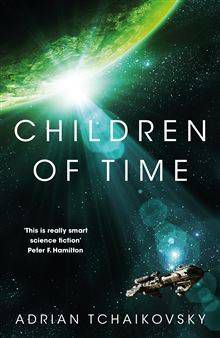 The world lost Darwyn Cooke this weekend, not long after the news of his battle with cancer became public. Beloved by countless readers, Mr. Cooke gave us the landmark DC: The New Frontier, the gripping comic adaptations of Richard Stark’s Parker novels, and contributed immeasurably to the worlds of comics, animation, and design. By all accounts, he was one of the classiest guys to grace this industry. We here at Panels extend our heartfelt condolences to his family, along with these words of tribute from contributor Hélène, a friend of the Cookes. — Paul

Darwyn Cooke is a master. One of those artists you can recognise with the simplest of brush strokes. But on Saturday we learned he would no longer amaze us with new stories.

Darwyn and I do not go way back. I do not have a meet-cute to share, but I was fortunate to call him a friend for the past few years. I don’t think I have ever heard him use my first name. He only ever called me Frenchie.

From Richard Stark’s Parker: The Hunter by Darwyn Cooke

He is one of those artists you show as an example when people start talking down comics. It’s easy; all you have to do is open Richard Stark’s Parker: The Hunter at the very first page. It always triggers a reaction, if not of admiration, at least of surprise. “That’s right! You can do that with comics.” There are artists who excel within the craft and trade of comics and there are those few who actually transform the medium. Darwyn Cooke is afforded a lasting legacy because he raised the bar of what could be done in comics.

We did not share views on everything, both when it came to comics and life in general. Anyone who has ever met me knows how much I talk, but Darwyn was one of the people who could shut me up. Not by arguing with me (though I think he also liked to provoke) but because Darwyn was a consummate story teller every moment of his life. Comics was his medium of choice, but he knew how to set up the most mundane anecdote to make it interesting. He just loved telling stories and knew how to do it better than anyone, no matter the context. He was–and will always be–captivating.

So I do not know how to say goodbye. But, then, I don’t really have to, because all of these stories will be with me forever. The work and the tales. Instead I am going to say thank you.

Darwyn, you were one of the greats. You placed the bar so high for anyone to follow. Perhaps impossibly so. I still hope some will try. It’s because of your example–your frankness, your dedication and work ethic–that they’ll look to the sky, then put their heads down and do.

My thoughts go to Darwyn’s family and friends. I will miss you, my friend.