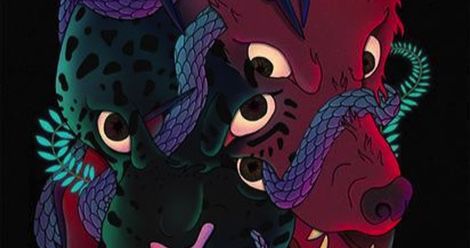 I adored Black Leopard, Red Wolf.  (I’m not the only one, either. My fellow contributors at Book Riot have recommended it time and time again.) When the next book in the Dark Star Trilogy comes out, I am going to buy it right away, because that’s how much I loved the first one. I want all fantasy to be this solid. That said, what I enjoyed most about Black Leopard, Red Wolf—aside from the brilliant structure, excellent plotting, gayness, and grit—was the profanity. (Seriously. Read this book if you haven’t yet.) I am an absolute sucker for creative cursing and this book fed my soul in the best way. That’s why I thought I’d write a post on the best profanity in Black Leopard, Red Wolf, analyzed for your reading pleasure. And, hopefully, to convince you to read this fantastic book.

Obviously, if you’re not okay with profanity, don’t continue. This post is about nothing but linguistic filth. People will be told to do things to themselves, let hostile third parties do things to them, and experience humiliation and pain simultaneously. F-words will abound. Consider yourself warned. 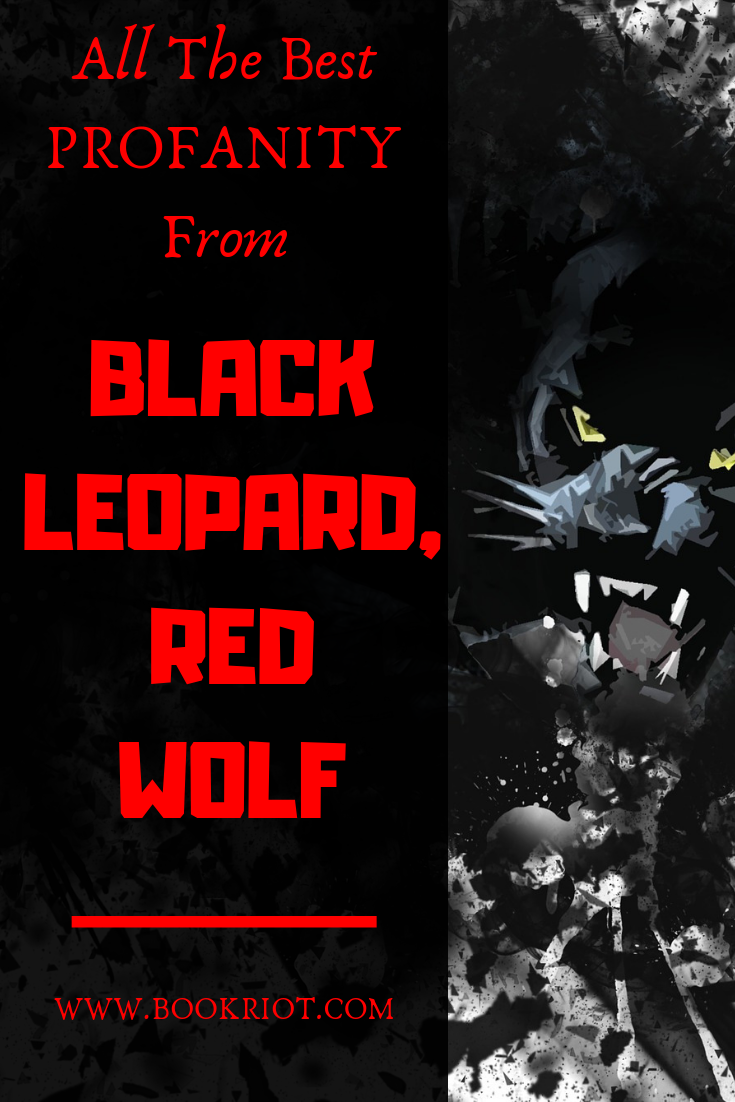 “You must be the one nun in the whorehouse”

This is a perfect example of the nuance that a good piece of profanity can deliver. Despite its surface crudity, this insult supports a certain level of sympathy toward the recipient. Even the most pious nun might feel a little left out amidst the raucous good fun of a brothel. Why can’t you just relax and have some fun? asks the deliverer.

At the same time, the gendered nature of the insult is interesting. Why should the subject not be the one monk in the whorehouse? Does the deliverer assume that women are prudish or that female homosexuality is invalid? Or, since this insult was originally delivered by a man toward a man, is the misgendering of the recipient intended to be its own insult?

Misogyny seems to be at least somewhat in play for much of the profanity in Black Leopard, Red Wolf. Like the majority of profanity in general, this example inextricably relates to the identity of the participants in the exchange, reifying their social stations and limitations within their cultural context. Its encouragement of “appropriate” masculine behavior over the personal interest of the individual makes this a particularly potent and personal aggression.

Even so, there is a great deal of material to mine here. This insult was delivered from one gay man to another, but in a derisive manner. It seems possible that the deliverer considered the pantomime of sexual intercourse a poor substitute for the real act. The fact that the actors are using false penises may imply what the deliverer interprets as lack of artistic commitment. (This is, of course, assuming that the pretense is happening in service to a performance and not just for fun.)

However, the deliverer clearly considers a Kampara performance at least somewhat worth seeing, if only for a passing laugh. Is it possible that Kampara is a well-accepted art form? Could one see a Kampara performance on the street? Or is it the equivalent of a pole dance, a salacious and titillating performance generally delivered in semi-private settings?

Thus we see how profanity weakens absent cultural context and how profanity also has the power to tell us important things about its root culture. Truly, no society is so honest as it is when its members verbally abuse one another. In this case, all we can know is the commonality of this art (?) form. Kampara is broadly understood and common enough that both participants in this exchange intuitively understand its significance.

“Indeed, one lives with shit, one gets used to the perfume of it”

Like a piece of fine art, a piece of fine profanity can deliver a complicated concept in pithy, yet entirely clear, metaphor. Unlike our previous example, this statement speaks to a comparatively simple universal truth: over time, people who shouldn’t ignore a bad situation nevertheless become inoculated to it, and therefore take no remedial action. The statement’s philosophical realism lends itself well to the investigative nature of the plot of Black Leopard, Red Wolf. This is truly the wisdom of a hard-bitten private investigator.

An interesting confluence happens in this particular directive. On one hand, assuming the inherent hostility of the hyena, the deliverer clearly wishes harm upon the recipient. On the other, they seem determined to socially reduce the recipient down to the level of a child—moreover, a child with inadequate or absent love from a human mother.

The involvement of nutrition here is interesting. A wish for someone to receive food is not inherently cruel. Hyena milk itself isn’t naturally bad as, say, the shit in go eat shit. The insult here is that the provider of the nourishment is herself dangerous and unkind. The parallel with the recipient’s own mother boils just beneath the surface. What kind of woman would deny her child milk, forcing them to turn to other sustenance? The implication is that the recipient’s mother is somehow defective, unloving, or socially inappropriate. Thus this specimen of profanity is transitively related to the category of insults that includes your mama’s so fat…, your mama’s a…, and because mommy didn’t hug you enough.

This profane announcement is significant in that it is ideally directed toward allies rather than enemies. There is an implicit call for support hidden in this action, as well as an understanding that there will be no real need to restrain or aid the deliverer. The outlandishness of the declaration makes its realization unlikely at best. This weakens it, implying that the speaker cannot follow through, says things that they don’t mean, and is not to be taken seriously in general.

Why Deliver an Unfulfillable Insult?

The purpose of this profanity is to temporarily shock and shake the target. At once, it forces them to see themselves as the lowest of all possible orders: food, and therefore subhuman. Their value lies in consumption, their physicality, and their ability to be used rather than respected or compensated for their contribution to human life. They no longer participate in society; they are not even a means of production. The target is both less valuable than a horse and more valuable dead than alive.

The mere idea of a social reduction of that size is essentially terrifying, and that another person desires this outcome for the target may be so ghastly that it could cause a serious social rift.

Also interesting in this profanity is the implication of sexual violence. This implies a certain intimacy that could indicate a close relationship, possibly even a romantic one. If so, couples counseling may be in order, although in the world of Black Leopard, Red Wolf, the participants in this exchange may all want to see an anti-witch to sort things out.