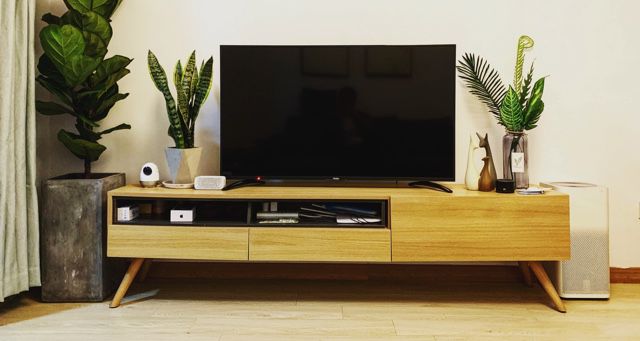 If we are currently living in a golden age for television, we are about to level up to platinum. The evidence? Dr. Eve L. Ewing’s poetry collection Electric Arches is being adapted into an anthology television series, with a pilot cowritten by Ewing herself and Creed co-writer Aaron Covington. It isn’t very often we see poetry transported to the screen. When we do, it tends to be epics like The Iliad or Beowulf. I’m not averse to historical battles and monsters, but an Afrofuturistic exploration of girlhood and Chicago sure does sound fresh, exciting, and vital. 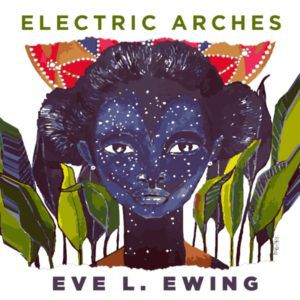 While theoretical adaptations of fiction to screens large and small is a regular topic of conversation with my bookish friends, I’d never given any thought to what poetry I’d want to see given this treatment. So, I decided to think about it. At first, I found the exercise like choosing which ballets I would like to see adapted as fine dining; the question barely made sense. Upon a closer look at my poetry shelf, titles began jumping out at me. My knowledge of poetry is far from complete, so I wonder what other books, such as those from our lists of horror poetry or queer poetry might evoke the televisual. The following seven books, however, make me think my next career goal should be avant garde television executive. 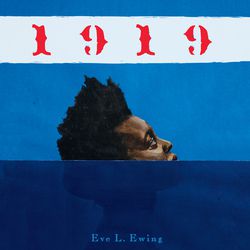 Is it cheating to suggest the other poetry collection by the person currently adapting her first poetry collection to television? It doesn’t matter. What does matter is how many people learned about Black Wall Street from Watchmen on HBO. If watching television is a way for people to learn about glossed-over history, let’s have more of it. 1919 is something of an elegy for the victims of the Chicago Race Riot of 1919. It’s a solemn book and would make a solemn show. Ewing’s knack for shrinking and expanding the universe of a poem within a few lines, from childhood memories to generational trauma, promises to make groundbreaking television. 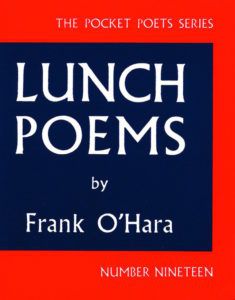 Here is the book of poems I want to get a Marvelous Mrs. Maisel treatment. Midcentury New York! Technicolor, gritty and glamorous all at once. The poems are peopled with celebrities: Lana Turner, Billie Holiday, Bette Davis. I want them all in this hypothetical show, perhaps as imaginary friends of the main character. Every episode would happen during the course of a lunch time, of course, and would be as funny, delightful, and wry as the source material. 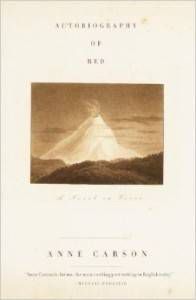 This book is ostensibly a novel in verse, but it’s no easier to pin into a genre than Anne Carson herself, who is a poet, essayist, translator, professor, and opera librettist. This book is the story of Geryon, a boy who is also a winged red monster. The text is rooted in Greek mythology, though it takes place in a contemporary world. It’s also strange, sad, and funny, which is one of my preferred combinations for television shows, like Six Feet Under. 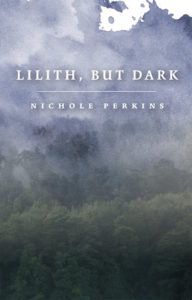 Lilith, But Dark by Nichole Perkins

Many people know Nichole as the cohost of the excellent Thirst Aid Kit, a podcast that takes female desire seriously and joyfully at the same time. Her first poetry collection, which also does not shy away from desire, would make a great television drama. If we assume most of the poems in this collection share a narrator, the story of an irrepressible soul who lusts, loves, loses, and grows would be its own form of epic. 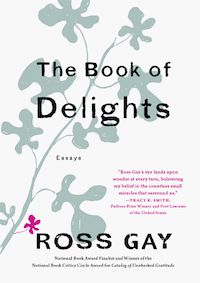 Okay, this one is technically a book of essays, but Ross Gay is primarily known as a poet. These very short, poetic essays about how to recognize delight in everyday life, even when the world at large is troubled, would make the best show. The show based on this book should have a High Maintenance vibe, with a central character who is the weft that holds the rich tapestry of the show’s world together. Whereas High Maintenance has a melancholic detachment between the main character and the stories he stumbles into, The Book of Delights would have deep connections. It would be low-stakes, soothing like The Great British Baking Show, but never without poignancy or a point of view. 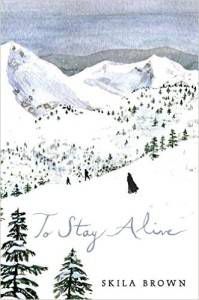 To Stay Alive by Skila Brown

I can watch horror movies when I am home alone at night. I can even chase those with true crime books and still sleep soundly. Despite all that, To Stay Alive, a novel in verse about the Donner Party, a book aimed at middle grade and young adult audiences, gave me nightmares. This book’s immersive point of view made it more affecting than anything else I’d read on the grisly historical event. I might never sleep again if this version were televised, but I’d watch it anyway, through my fingers. 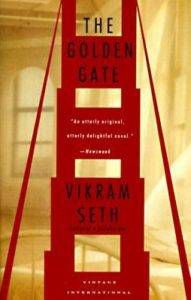 The Golden Gate by Vikram Seth

I’ve chosen a number of novels in verse, because they’re often the most narrative poetry out there. This book, though, would be an especially delightful challenge to bring to the screen. The poetry in this book is mightily constrained, entirely composed of the same kind of sonnets Alexander Pushkin used to write Eugene Onegin. I would love a show that embraces this same structural challenge. Anyone who’s watched a performance of Romeo and Juliet has seen characters speak in poetry; how rad would that be in a 1980s San Francisco setting?