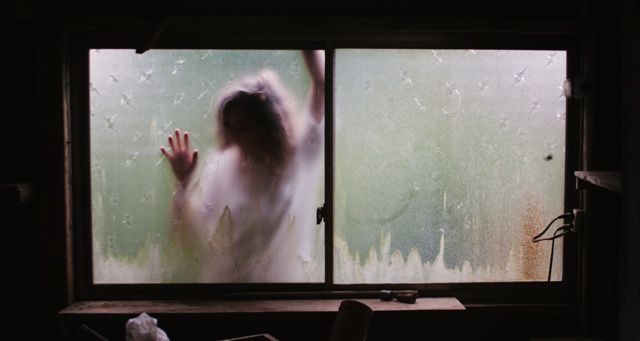 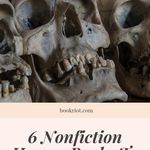 The part of any horror movie that makes it so scary is the reality of it, whether it’s the plausibility of the events or their repercussions happening, the authenticity of the characters, or, as S.A. Bradley puts it, “the stinger.” He says that the stinger “elicits the visceral emotions the [reader] would feel if they were watching the real event…when horror is at its best, it can challenge both sides of an issue without insulting or boring the audience.” Although Bradley was talking specifically about film, I think the concept of “the stinger” extends to literature as well—if not more so. In particular, nonfiction horror books pack a particular punch because, well, it did actually happen, so you have the terror of WILL it happen, on the front end, and then the lingering horror of OH. SHIT. IT DID. FOR REAL.

This list, though, is even more specific than that, because it’s specifically memoir, meaning that all of the terrible things that happen actually happened to the people telling the stories. For me, the experience of reading nonfiction horror books, especially written by the person whom the events affected, is cathartic. I’m the person who watches murder documentaries, listens to true crime podcasts, and reads books like these. Not everyone gets it. Sometime I have to explain. I generally oversimplify it to this: I NEED TO KNOW ALL THE MOST HORRIFIC SHIT SO THAT I CAN AVOID IT.

And then, of course, I need to talk about it. I am a part of the family who, at any social gathering, can be expected to take the conversation somewhere disturbing. For example, when the conversation lulled at Father’s Day dinner, I asked my dad and first cousin, “In a survival situation, who at this table would you eat first?” We all answered the same, laughing: the baby, of course. Like veal, probably. And then finished our meals. (None of this is true. We would never consume human flesh. It was just a game. But still.)

If you’re like me, that’s what you need, though: talking about horror makes you feel ready for it, though there are honestly a million billion other reasons to love true horror stories. If you do, you’re in the right place: here they are, the memoirs for people so looking to be scared that they need the horrors to be true. 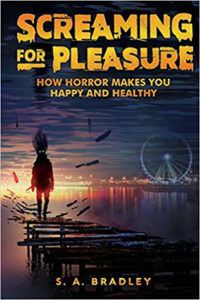 Screaming for Pleasure by S.A. Bradley

S.A. Bradley is the author I mentioned above, and his book Screaming for Pleasure: How Horror Makes You Happy and Healthy is a genre-bending look at horror film, criticism of it, and personal narratives about how various films impact the narrator.

This book is perfect for those either very well-versed in horror film or interested in becoming more familiar with it. He examines motifs of horror movies, their evolution and new applications, and uses his personal experiences with them to analyze them. In particular, he talks about living in a fundamentalist household, preparing for the apocalypse, and the apocalypse not happening. He then dives deep into the crevasse of scary movies and how they affected his childhood. Or adulthood.

In the Dream House by Carmen Maria Machado is a memoir that focuses on the horrors of queer domestic abuse. What interested me most about this book (besides its importance to our society, which apparently believes that domestic abuse is not a thing among non-heterosexual couples) is its format. She discusses the self-doubt involved in emotional abuse, the gaslighting, the self-blame, and the doubt about the abuse’s existence, but does it through metaphor. Each chapter examines a different storytelling motif, to make (in my opinion) the narrative itself more accessible. It’s a genius move, super effective, and super scary, since it renders the experience ethereal, surreal. While we never doubt her honesty, we are made to feel the doubt of the narrator in regards to her own experiences. (If you like this book, you should also get Carmen Maria Machado’s collection of stories, Her Body and Other Parties.) 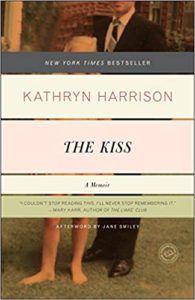 The Kiss by Kathryn Harrison

The Kiss by Kathryn Harrison is a very short memoir, and it’s told from the perspective of a woman who has a love affair with her biological father. Consensually. She knows who he is. She knows. And yet.

That’s really all there is to say. Just read it. You’ll blow through it in a single sitting. That’s how horrific this memoir is. 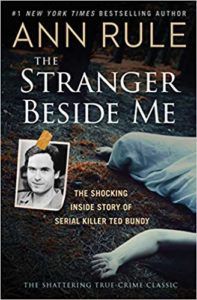 You likely know this memoir already as the book on Ted Bundy, but Ann Rule’s classic true crime book The Stranger Beside Me is about so much more than just him. Ann Rule actually knew Bundy, as a friend and a coworker at a suicide hotline. She became a crime writer long after beginning her friendship with him, and even after she was assigned his case, she did not immediately put the pieces together. In fact, while she was first writing about the serial murders, she noted all the similarities of the killer to her friend, Ted, and rejected her own intuition.

This book shows how the deviant mind can trick even those closest to him into believing he would never be capable of the many atrocities which he was consistently committing. Rule illustrates exactly Bradley’s principle of “the stinger” through showing her ambivalence toward her long-time friend. His ability to manipulate the most wary of writers is truly horrifying. Bundy is the worst; Ann Rule is the best. 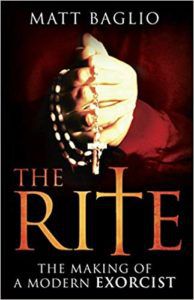 The Rite: The Making of a Modern Exorcist by Matt Baglio

If you’re familiar with William Blatty’s book The Exorcist, you’ll like Matt Baglio’s memoir, The Rite: The Making of a Modern Exorcist. This memoir details the training of an American priest in Rome, learning how to exorcise demons. It’s a true story, and not meant to scare, but hearing the recounting of actual demon possession, and how many sessions cannot often exorcise them, is truly haunting.

This book also details the convention of exorcism and demon possession as documented by the Catholic faith. It also talks responsibly about the process of exorcism, and how it has often been performed incorrectly, which results in torture and sometimes death. It’s a true terror. 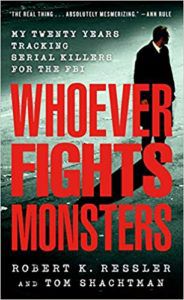 Whoever Fights Monsters: My Twenty Years Tracking Serial Killers for the FBI by Robert Ressler and Tom Schachtman

You may have heard of Robert Ressler before, but if you haven’t, you’re definitely familiar with works for which he’s been consulted. Thomas Harris utilized the FBI criminal profiler’s expertise for authenticity when writing the Silence of the Lambs trilogy, so if you liked/loved Hannibal Lecter, you have to read this memoir.

The title, Whoever Fights Monsters, is this quote from Friedrich Nietzsche: “Whoever fights monsters should see to it that in the process he does not become a monster. And when you look long into an abyss, the abyss also looks into you.” Which is perfect, because Ressler was on the forefront of developing the process of criminal profiling (so that it wasn’t just straight-up racism, as it had once been), meaning he interviewed all of the worst men in existence. This memoir is his recounting of those experiences. You won’t be able to put it down. (I actually got it on audiobook, and believe, me, my house has never been cleaner…although I’d be lying if I didn’t admit that I found myself leaning against the counter with a dripping mop listening to Tom Perkins narrate these experiences.)

Because there are not a lot of horror memoirs written by authors of color, the last text is the documentary Horror Noire: A History of Black Horror. The film interviews filmmakers, actors, and theorists about the roles of Black people in horror film. Though it’s not written down, each person interviewed states their personal experiences with horror, which I think definitely qualifies as horror memoir.