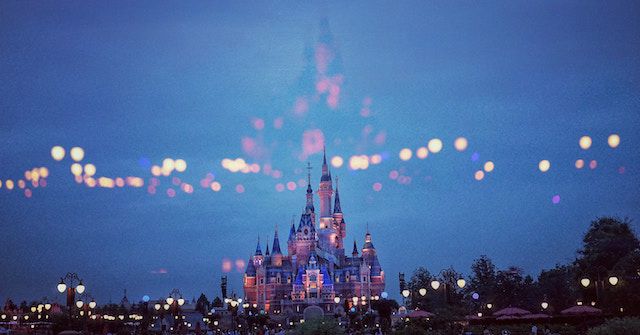 Looking to learn more about Walt Disney, the man and the company he created? This list of nonfiction Walt Disney books is a good starting point. But first…

How Much Disney is Too Much?

The juggernaut of Disney hit hard with the Disney+ subscription streaming service. Though nothing seemed to catch the same cultural fire as Baby Yoda, I found myself returning to the Disney cartoons and shows I had loved so much as a kid. They were easy, digestible, and fun for my parents to at least listen to while I sat down and watched a Disney VHS over the weekend.

The cartoons I consumed were Renaissance Disney, the revival of the animation studio in the 1990s. The Walt Disney Company went through many iterations, from bankruptcy to parks around the world, and more recently to giant acquisitions of beloved stories. It’s a little strange to realize that Disney has 12 parks, 201,000 employees, and with the recent 21st Century Fox merger, the mass media company dominates most of the films that are sent out to theaters.

The more Disney acquires, the more important it is to understand how the Titan functions and how it affects the people involved. The list that follows is a very small selection of books that are critical of the company—it is honestly pretty difficult to dig through and find work the delves deep into Disney’s cultural impact from a diverse perspective. This is a small start, and I hope that there will be much more well-researched nonfiction about the far-reaching effects of Disney and its cultural products. 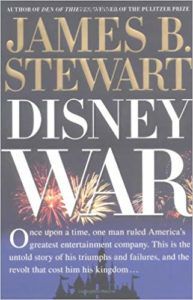 Disney War by James B. Stewart

I originally discovered this book through the many Disney video essays of Lindsay Ellis. The Disney movies of my youth were much more contentious than I would have known or cared about at the time. The documentation of Michael Eisner’s revitalization of the studio includes both the good and the bad, and ends in a more negative spot (mostly because Eisner feuded angrily and often with his competitors). As a writer, Stewart focuses on the interpersonal, the power-grabbing, and the business intrigue—this followed the trend of his other books on large business destruction. 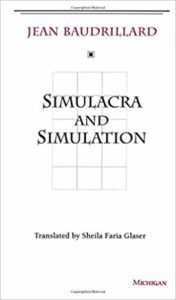 This book by the French philosopher Jean Baudrillard might not sound related to anything Disney if you just look at the backmatter, which states this book is a theory of contemporary culture with a different understanding of historical materialism. A portion of the book is devoted to Baudrillard’s digestion of Disneyland as a postmodern experience. He calls it hyperreality, and describes that as an inability to distinguish reality from a simulation of reality. Hyperreality also falls into the field of semiotics—the hyperreal space of Disneyland (to Baudrillard) was a representation (or sign) without a referent. The language he uses is specific to the field and a little over-written in that academic way, but I find this book especially useful to understanding the postmodern situation that we are placed in with the constant churning of culture. His view on hyperreality and especially Disneyland is extremely bleak, and more specific to the 1980s. However, this text is still helpful and interesting for anyone who wants to dive into philosophical interpretations of Disney. 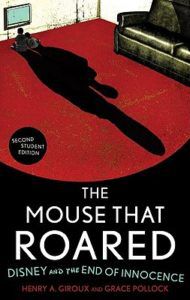 The Mouse That Roared: Disney and the End of Innocence by Henry A. Giroux and Grace Pollock

In a stunning takedown of the cultural exports of Disney, this book pushes forward the dominance of Disney’s media and products that shape so much of our lives. Giroux and Pollock find it particularly insidious that Disney pushes its marketing to children, encouraging them to construct their identities around the company and its many individualistic offerings. This is also connected to the Disney company’s religious devotion to a singular ideal of free-market capitalism. An essay was added to the second edition about Disney’s intertwining with militarization, even in the contemporary moment. 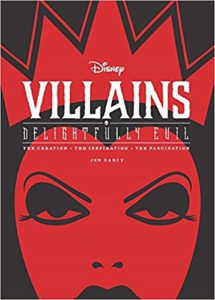 Disney Villains: Delightfully Evil: The Creation, The Inspiration, The Fascination by Jen Darcy

This book more serves as a functional advertisement for Disney villains, but it’s a fun tour through the beloved characters nonetheless. The book flows through the development of the villains and how they became integral to the stories and pop culture understanding of Disney films. The concept art and archival notes are also deeply enjoyable. Because of Disney’s ownership of Pixar, those hilarious turnabouts are included in this book as well. I hope this book can inspire some interest in why Disney villains are so attractive to us, and what it means for many of these villains to be aggressively queer-coded. 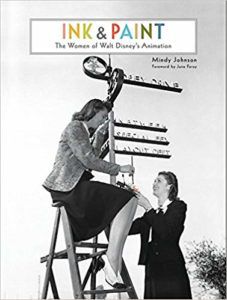 Animation is a field that’s historically had some issues with misogyny and a lack of diversity on creative teams. Mindy Johnson steps in the rectify the forgotten history of women working in early, important animated films, specifically at the Disney studio. Women were making their way into the studio early on, but they were able to get a stronger foothold in animation when WWII opened up some jobs. However, women were important and constant innovators within the Disney animation studios and rarely get the same credit as a Michael Eisner or a Jeffrey Katzenberg. This book also includes early unseen drawings and photos of women at work. Since this book was published by Disney Editions, it probably presents a slightly rosier vision of women making their way through the company than was the “real” experience. However, the recent movement of women in animation will hopefully lead to a larger movement towards more equitable creative teams in our animated films. 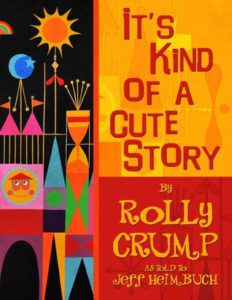 This book is a sweet, zealous retelling of the careers of one of the original creators of the Disney parks attractions. Rolly Crump had a hand in building some of the earliest bits and pieces of the park and Epcot, and tells the stories like a happy friend in your living room. It’s a sweet memoir, well-publicized and sanctioned by former Disney employees (with a blurb by the Dave Smith, Chief Archivist Emeritus of the Walt Disney Archives, on the back). It’s useful to read work about the company and understand what they want you to think and feel about the company and the work they do.

How Big Can It Be?

This list of Walt Disney books is completely white and mostly male. It’s disappointing how stratified and singular the writing is about Disney. The overwhelming whiteness of the genre is an after-effect of the overwhelming whiteness of Disney itself. The gestures towards recognition of humans who are not straight or white is a more recent phenomenon, especially with regard to the creative teams and leadership at Disney.

These Walt Disney books present a range of understanding of the Disney company, from positive to negative, from critical to laudatory. Putting together the pieces of how this megacorporation came together requires a wide range of stories, told by various stakeholders in and outside of the company.

Like a certain accountant from The Good Place said of a specific human’s file: “Walt Disney’s got some freaky stuff in his.” Disney’s history is full of blatant racism, misogyny, and labor violations. These are just the examples outside of the movies—animated and live action movies alike are filled with sexist and racist tropes that we’re essentially force-fed as children. The Disney ethos tells us that we should feel we’re happiest when we’re at Disneyland, that we find ourselves and our identities through the individual narratives of Disney movies. These stories take familiar mythology and filter it through the pop culture trends of the time. Each Disney movie presents and argument for us to use it to understand ourselves, our friends, and our relationships.

If the ever-growing Disney ethos continues to gobble up every important culturally historic object, we need to understand how and why Disney will try to force individualistic and identitarian narratives on us through their media and products. Positive feelings of self-identity might push us away from questioning how and why Disney can get bigger and bigger in an unchecked fashion. As the Disney brand acquires more power and control, it’s important to understand what kind of vision of ourselves we’re being sold.