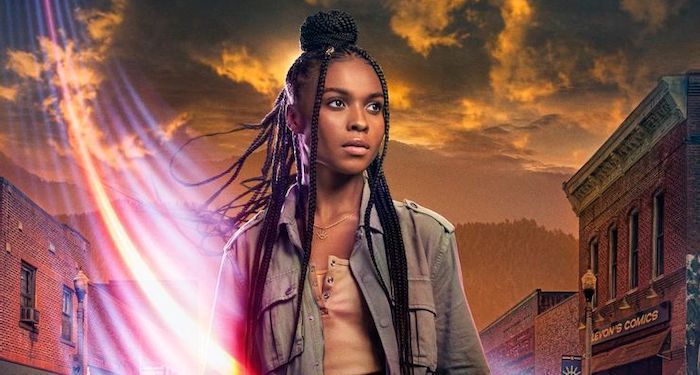 I’ve always been a pop culture fanatic. I remember eagerly digging into different comic books, books, movies and television shows when I was a teen, and that practice has followed me to today. Right now, I find a ton of joy snuggling up with a Harley Quinn or Wonder Woman comic, or even anything related to the Avengers and Batman. As a teacher, professor, and writer, I love escaping to other worlds and I adore the entertainment that comes with it.

Lately, streaming services like Disney+ and others have gotten quite the inspiration from comic books. Not only have streaming services gotten into this habit, but movie creators have been using material from the stories of heroes and villains between the pages of a comic book for quite a while. I am extremely excited for some recent and and upcoming adaptations, from 2021 and now 2022, and I really wanted to share with my fellow comic lovers what I am most anticipating and that I recommend you watch, too.

So, kick back and relax with these five picks for television show and movie adaptations that are based from comics that I feel you all might enjoy. It’s a great way to start this year and to find some rest and relaxation for yourself at the same time. Enjoy! 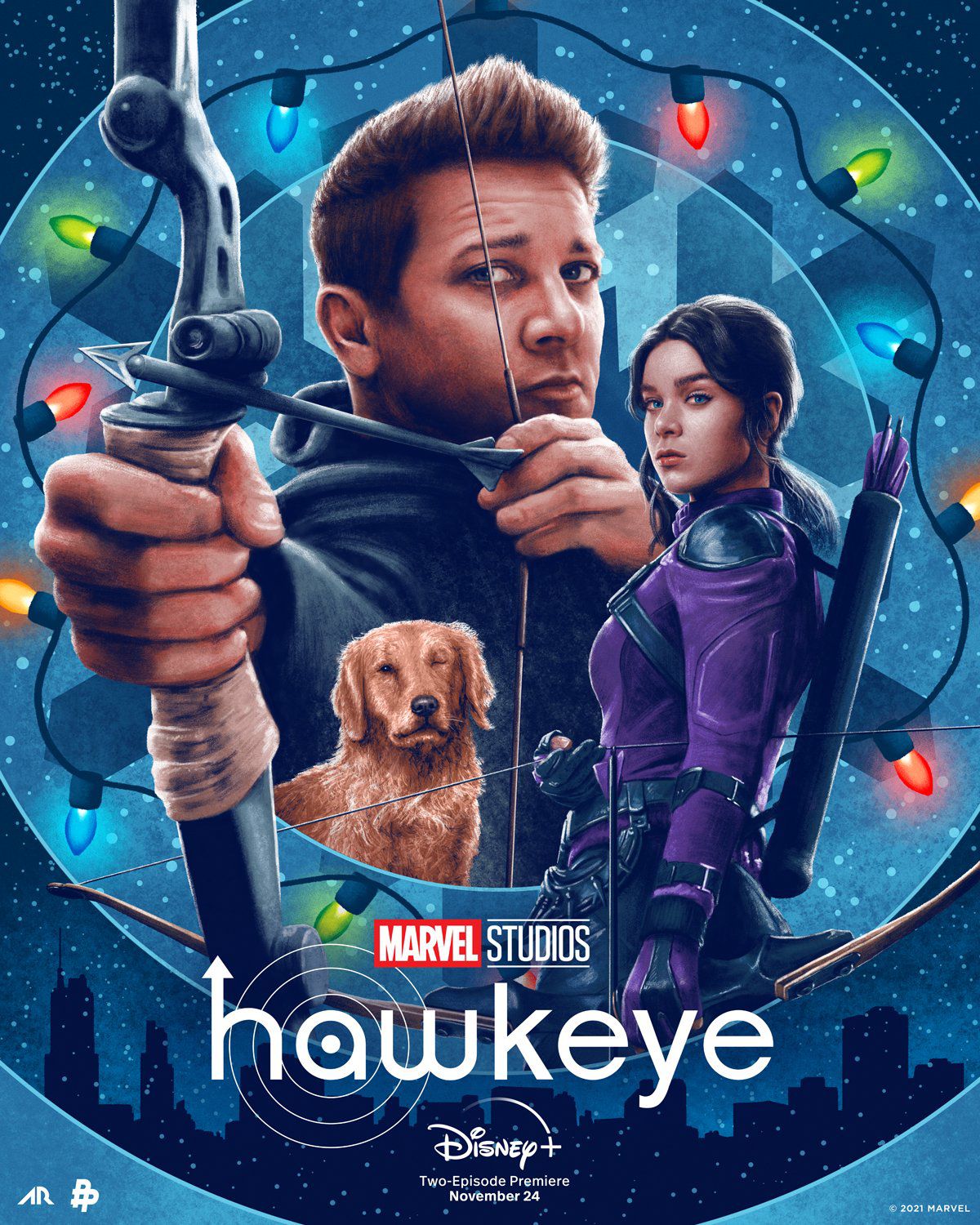 Released on November 24, 2021, Hawkeye follows a stellar cast, including Jeremy Renner as well as actress and singer Hailee Steinfeld. The six-part TV mini-series is based on a 2012 comic book run and the events take part after 2019’s Avengers: Endgame. At the time of writing this list, I’ve watched the first two episodes and I can truly say I was floored and cannot wait for the rest. The start of the series begins strong with Kate Bishop’s backstory, as she was inspired by Hawkeye as a 12-year old. It follows her and Hawkeye meeting during the Christmas season in New York City, as she stirs up some trouble and he simply wants to get home to his family for the holidays. The show promises a feel-good and action-packed story, and there’s even an adorable one-eyed pizza-loving dog keeping Kate company. I highly recommend a full marathon of this one for your laidback viewing pleasure, and I promise you just might have the best time following these characters be heroes and face foes in New York City. 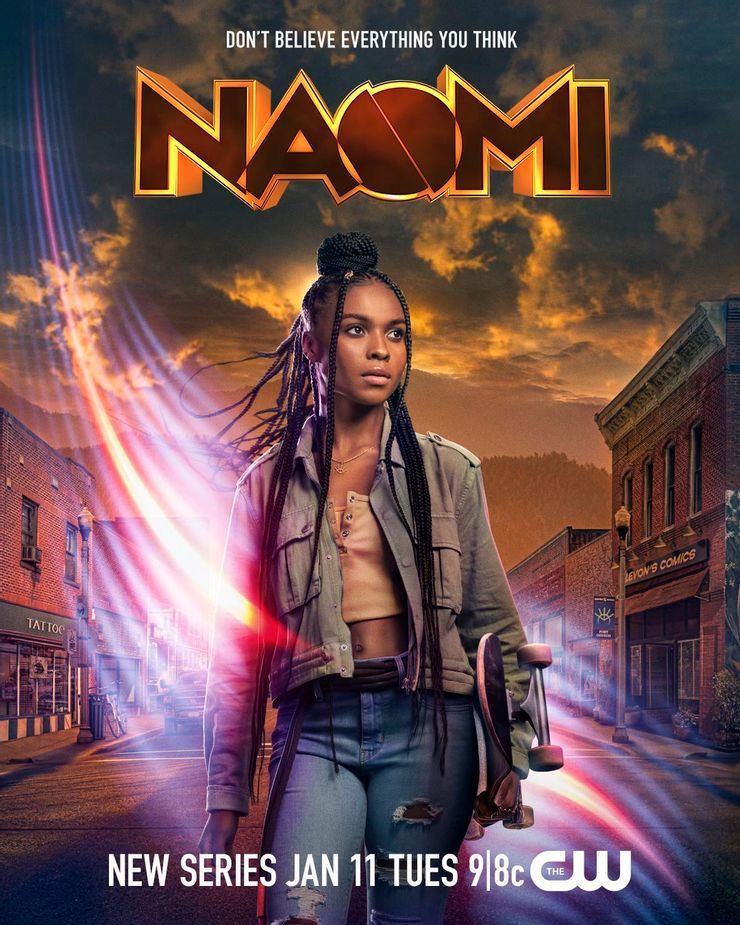 Naomi Television Series on the CW

This series, which will release on January 11, 2022, follows a beloved though sometimes even overlooked DC comic book character by the name of Naomi. Based on the comic series released in 2019, it follows the main character played by actress Kaci Walfall as a high school AP star student in love with comic books, whose life is turned upside down and completely changes when a mysterious supernatural event takes over her town. I am super excited to witness this series, which promises a diverse and talented cast, because I always feel like some of the best comic book character are the ones that are more in the background. The first promotional commercial for the show was released during DC’s Fandome event in 2021, and the short clip left me wanting so much more, as we witness Naomi seeing a strange event happening right in front of her eyes, that will surely be a huge part of this story. The series promises to start 2022 just right, and it’s one that I’ll certainly be digging into in January and beyond. 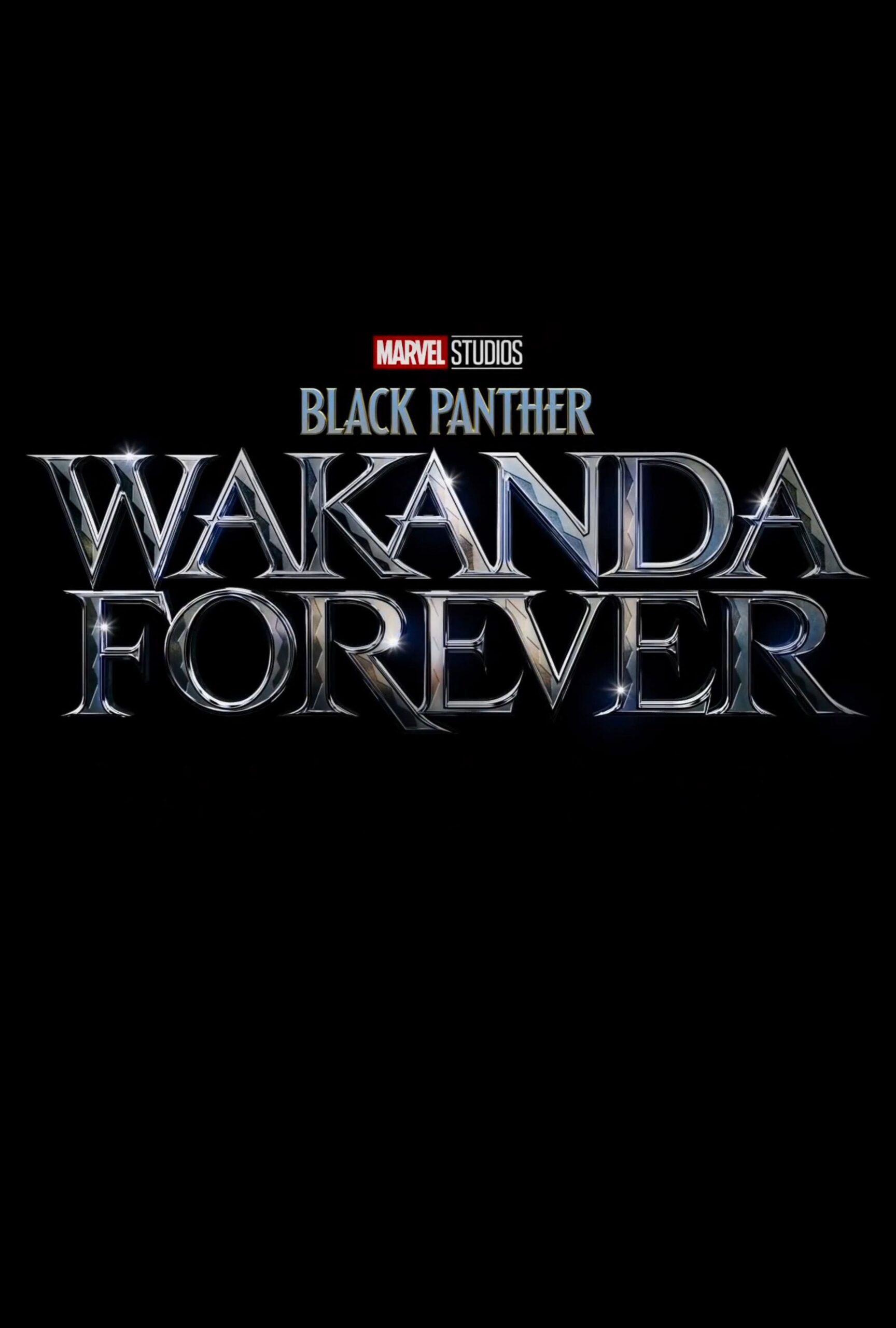 I was a huge fan of the first Black Panther film released in 2018 and felt like it truly captured the Marvel comic book character’s T’Challa’s personality, strength, and power. I was saddened deeply when actor Chadwick Boseman passed, and have been reading up on this film to be released on November 11, 2022, which promises to preserve the actor and character’s legacy. Black Panther: Wakanda Forever will have action and adventure, and the stories of other characters in Black Panther’s world, such as Nakia and Okoye, as well as some other powerful Wakanda women. While the script has changed a few times since Boseman’s passing, and there are deeply veiled secrets yet to be unearthed about the film, I am truly excited to see this in late 2022 and to be reunited with these amazing comic book characters brought to life once more on the big screen. 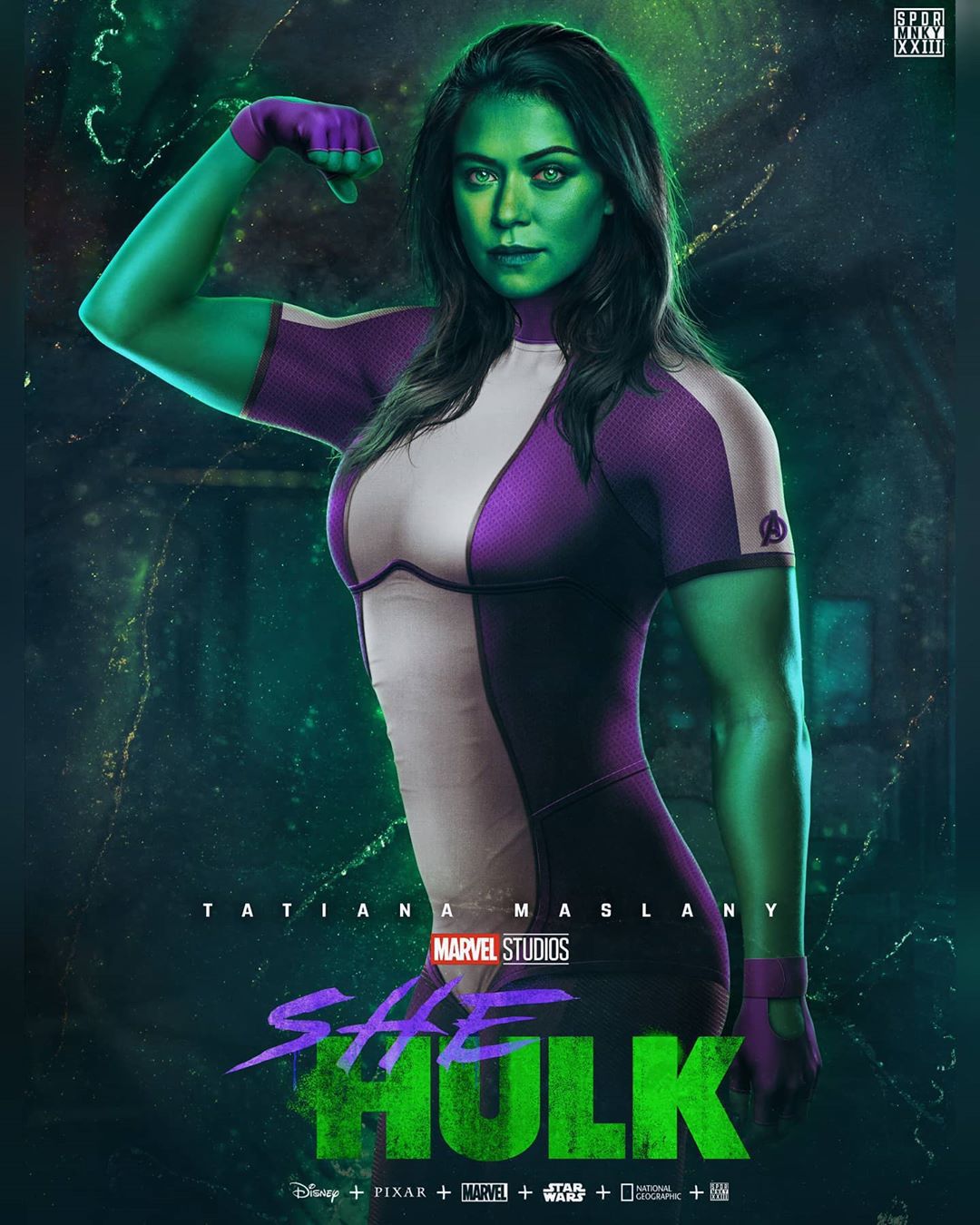 Based on the comic book series about a lawyer that becomes the badass superhero She-Hulk, I am eagerly anticipating this television series to hit the screen in 2022. While at the time of writing this, the specific release date was not announced yet, I do know that the cast will be quite a good one. Featuring Orphan Black’s Tatiana Maslany as She-Hulk in the ten-episode run, with Mark Ruffalo making appearances as Avenger Hulk and Bruce Banner himself, as well as Tim Roth as Abomination, this series promises a lot of action, adventure and storytelling mirroring the comic book characters that they were inspired by to create it. The character of She-Hulk has been around since the 1980s in comic books, so I cannot wait to see how they adapt her in the series for all of us to enjoy. 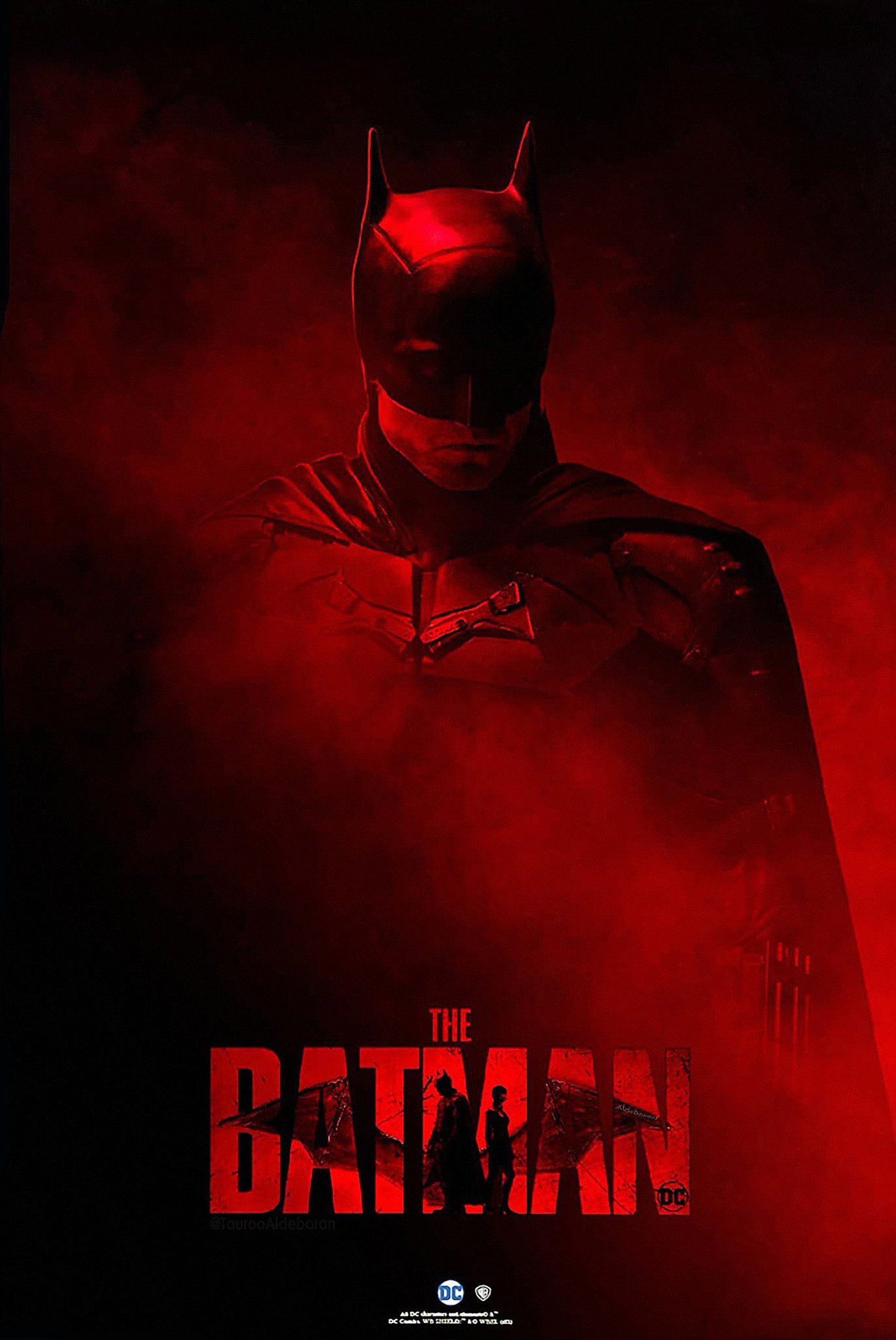 Ever since I was a young gal, I have adored Batman. From Michael Keaton as quite a stand-out Batman in the 1980s, to the campy ’90s renditions such as Batman Forever and even the super cheesy Batman and Robin, I’ve always loved to see how the DC character and accompanying villains are represented on film. I’m thrilled that The Batman promises a darker tone and story, featuring actor Robert Pattinson playing the main caped crusader, as well as Zoë Kravitz as Catwoman and Paul Dano as villain Riddler. The movie is set to release in theaters on March 4, 2022, and from the few clips and promotional commercials I’ve seen, it promises a lot of fighting and action scenes, a deep mystery, and really fleshed out story in Gotham City. I will certainly be one of the first to get tickets for opening weekend, and cannot wait to see Pattinson play this character, especially after he played the character of Edward in the Twilight films. Truly a wonderful actor, I am excited for his take on Batman, and how this rendition captures the history of the comic book character.

What other movie and television adaptations that have recently been released or are to be released in 2022 are you most excited to catch? Tell me on Twitter @AuroraMiami, and please, do let me know if you are excited about the ones I mentioned as well!